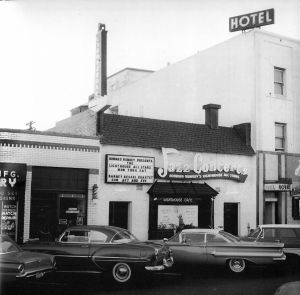 Early yesterday morning, Oscar "Ozzie" Cadena passed away peacefully at Little Company of Mary Hospital in Torrance with his family at his side.

Music producer, promoter, A&R man and jazz enthusiast, over the years Ozzie Cadena collaborated with some of the best in the business.

A longtime jazz lover, Cadena worked at Savoy Records in Newark, New Jersey during the 1950s as a producer and A&R man. He later produced records at Blue Note and Prestige.

His musical interests were not strictly limited to jazz. He also made contributions to gospel music, the blues, and R&B. "Gospel scholar Anthony Heilbut cites Cadena as one of the greatest gospel producers of all time." (Silsby) 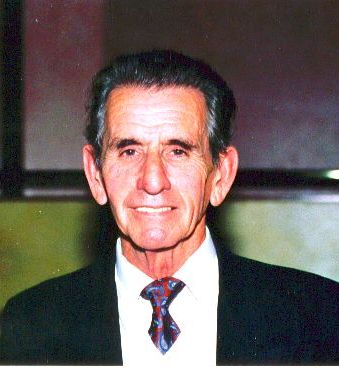 Born in Oklahoma City, Cadena served overseas during WWII. He started his family and began his music career in Newark, New Jersey, the city in which he was raised. In 1974, the family relocated to the South Bay.

In his later years, Ozzie Cadena promoted jazz events throughout the city, but he is particularly known for keeping the jazz scene alive at The Lighthouse. On Thursdays and Sundays, the family still books shows at the landmark Hermosa Beach jazz venue.

Hermosa Beach's current jazz profile is almost entirely due to Cadena, an East Coaster who always acknowledged what West Coast jazz had to offer....He brought the music back to the Lighthouse Café after it had become a rock venue, first in the early '80s, and more recently since the late '90s. He also books jazz artists into the nearby Sangria restaurant (68 Pier Ave., 310-376-4412), and he spearheaded the movement to set plaques noting the Lighthouse's glorious history into the pavement. - Kirk Silsby, LA City Beat

This loss hits particularly close to home, as Ozzie was father to LAist's own Lori Nyx and local musician Dez Cadena. Ozzie is also survived by his wife Gloria, son Pru, and grandchildren Kyle and Bret. In accordance with his wishes, there will not be formal services. A tribute concert will be organized at a future date. The family requests that you honor Ozzie's memory by attending a jazz performance and showing your support for the musicians to whom he dedicated his life.

Photo of The Lighthouse by Hungry i via Flickr

Photo of Ozzie Cadena by Joe Wilder, from the family's private collection.