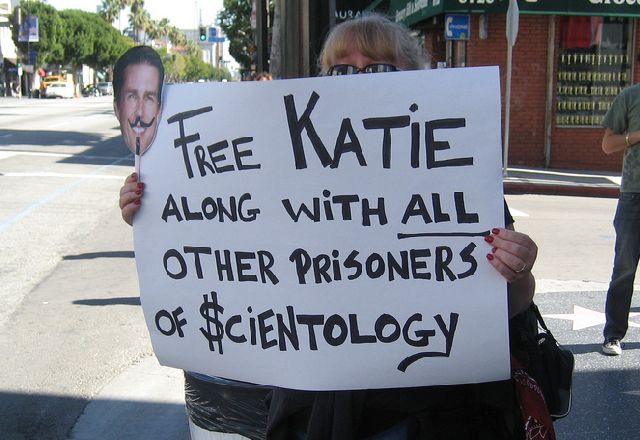 SoCal Anonymous has announced that the DA has decided not to proceed with prosecution in the case of Anonymous member Sean Crasov, who was arrested on Saturday, March 15th, for a charge of "Criminal Threats." Total bail was set at $50,000. Sean "Rorschach" Carasov's arraignment was scheduled for April 9th, at 8:30am.

Anonymous is providing a videotape of the incident to authorities, which they believe may contain enough evidence to charge the CoS with filing a false police report. It may also provide grounds for a lawsuit.

Anonymous forwarded the The following Letter from Graham Berry, Sean's lawyer in this matter:

To Anonymous: I have just concluded a telephone call from a Los Angeles Police Department representative assigned to the major crimes division.

During that telephone call I was advised that both the Los Angeles District Attorney and the Los Angeles City Attorney had decided not to proceed any further with the filing of criminal charges against outed Anonymous participant Sean Carasov. This means that the case is over and there will be no further court appearances required by Sean.

The decision not to prosecute was made before I had emailed the existence of a video/audio report of the entire incident. This, or the CD copy, is now needed immediately by the LAPD. I said we would try and have it there tomorrow.

From the LAPD's perspective the video/audio might indicate that the offense of filing a false police report had been committed. From Sean Carasov's perspective it may support a lawsuit seeking damages for false arrest and imprisonment.

The 70 page draft declaration I provided this morning is now being read. It would not surprise me if the L.A.P.D. decided that the best action would be to take action in connection with matters in that document already.

During the conversation I obtained the distinct impression that the Scientology enterprise has a number of Anon participants under surveillance. I also received the message that provided Anon acted lawfully, and picketed lawfully, they would be just fine. However, the Scientology enterprise is going to great effort to try and find any unlawful conduct by Anon. And we know that if Scientology cannot find your "crime" then it will "manufacture" the allegations.

There is still no sign of Sean Carasov's cat, who disappeared under mysterious circumstances the day after his public outing, and the day before his arrest. According to Anonymous member, Gareth Cales:

As many of you know, Sean "Rorschach" Carasov was outted on Youtube, along with two other individuals from our region, on March 13th. The following morning Sean found a pool of blood by the food dish for his cat Mudkips, and the food smelled like Ammonia. The cat has been missing ever since. Given the Church of Scientology's documented past usage of pets in fair game, Sean suspects that the Church was involved. He does live within walking distance of two Co$ orgs.

Photo by Bandergrove used with permission