LAist Interview: Robert Scoble at Community Next in Hollywood 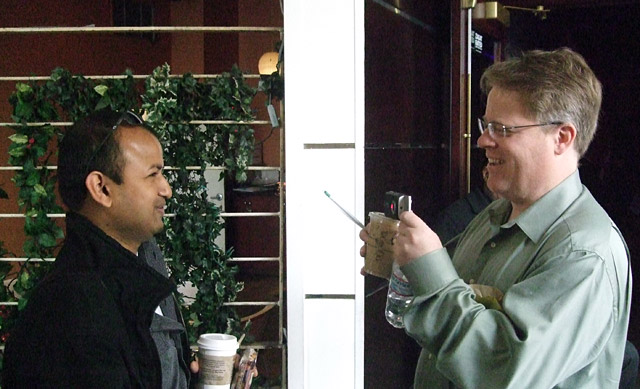 We ran into former Microsoftee and current FastCompany.tv man and ubiquitous Web 2.0 presence Robert Scoble at Hollywood & Highland today, in front of Level 3 Nightclub, where Community Next: The Next Generation of Media and the Web is underway.

After being caught on Scobleizer's live streaming Qik-cast, we took him and his Starbucks aside and drilled him about tech in LA, the inevitable Yahoo/Microsoft outcome, whether Steve Ballmer is fit to carry on as a CEO, and much more.

Watch the video below.

Click here to watch the panels / discussions from Community Next.