Who Left the Lights On? Earth Hour is Tomorrow 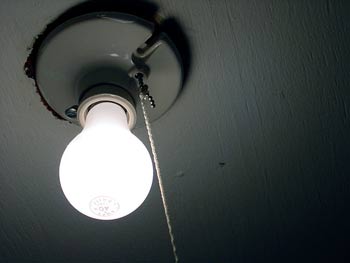 Tomorrow night, cities all over the world will be participating in Earth Hour, when citizens are asked to turn out the lights and go unplugged for one hour to inspire awareness about global climate change and energy conservation. The annual event originated in Sydney, Australia, and is being championed in major metropolitan areas world-wide.

But a quick check of the official participating cities list reveals that LA has opted to be in the dark for this event—unfortunately not literally. As the MetblogsLA folks point out, it seems like what should be a major event is flying dangerously under the radar—in fact, just over 250k folks have signed up globally. Back in October of last year we took part in "Lights Out Los Angeles" and did the same thing...Did you?

Despite the decided lack of hype, a few folks we know in LA are opting to shut the lights off from 8 to 9 tomorrow night in solidarity. In fact, if LAist shuts off the lights and gets a little cozy in the candlelight tomorrow night at our monthly staff party, there's no reason why you can't either. Let's all prove that while we might be in the dark about having local officials and organizations getting our city on board Earth Hour 2008, LA is in the know about having the lights off.