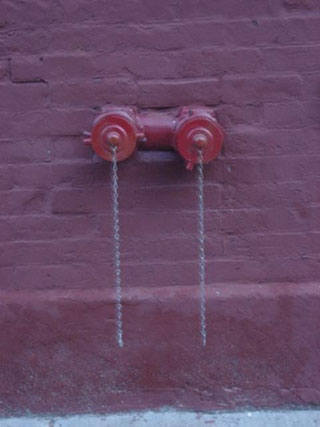 Before boarding a flight, a woman claims she was forced by the TSA to remove her nipple rings. They gave her pliers to do it with says her attorney.

The TSA currently does not have a nipple ring policy said a spokesman, but said he was "really curious to know what this woman had in her nipples." He also mentioned that he was not aware of this incident and that employees are required to check anything that raises concerns.

The story, posted on KCBS' website, gives no specifics as to when or where this happened. It almost feels like April Fool's Day, a few days early, but they say a conference will be held this afternoon here in Los Angeles about the incident.

Nevertheless, the TSA has a blog and in February claimed the web tool's success when commenters helped change policy. Maybe their next blog post will address nipple and those hooded piercings below (eek!), letting the people determine the fate of punk rock chicks and wild librarians on their next LAX visit.

More Random Fun with TSA: The TSA at LAX has a choir and the recently booted American Idol contestant, Chikezie, used to sing in it.