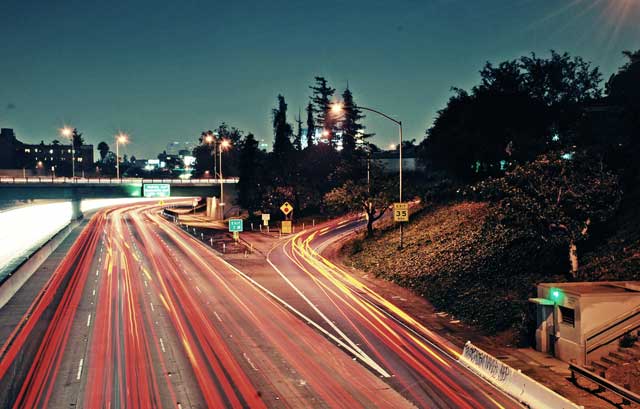 Photo by Lush.i.ous via the LAist Featured Photos pool on Flickr

Speaking of that 14-car pile-up this morning on the 101 freeway, how about this fact via the Daily Breeze? There's a near $11-billion price "cost to society" due to car crashes according to a study called "Crashes: What's the Cost to Society?"

"The study clearly demonstrates that both traffic safety and traffic congestion are a tremendous challenge to Southern California in terms of out-of- pocket costs and reduced quality of life," said Alice Bisno, the Automobile Club of Southern California's vice president for public affairs.

Eeek! The Price of gas is going up. Traffic is increasing. Public Transportation is having budgeting problems and threats of service cuts. And the Mayor's "grandest plans," such as the 'Subway to the Sea, "have barely inched forward." Still, somehow, this great city moves and continues to grow. Live it, love it.