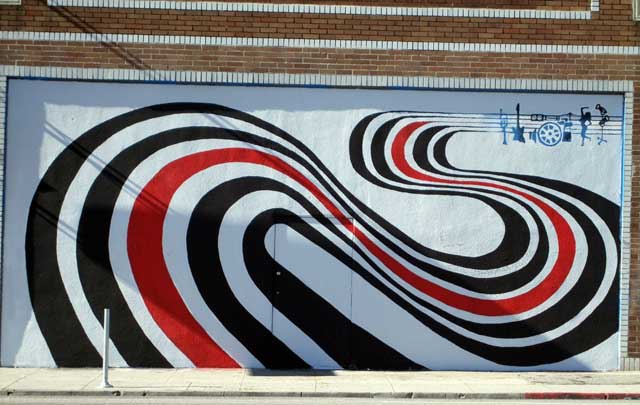 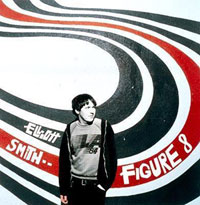 Who knew an early Monday morning post about graffiti on a mural posthumously made famous by singer/songwriter Elliott Smith would lead to such wonderful results. Nearly six months ago, then-editor of LAist, Tony Pierce, posted a photo of the graffitied wall stating that "this is why we can't have nice things." Then, on Monday, reader Robert T. wrote an e-mail attaching a photo of a new tag on the wall. What we noticed was that the tag from six months ago was still there, under the new one.

It was time to say something. And we did.

It nudged City Councilman Eric Garcetti's office enough to send a representative to the store that very afternoon according to a commenter who said he as the owner's son. "Someone from the council came in today and asked what was going on but it didn't seem like he was going to do much about it either. The wall was restored to its original state today..." And so it was as one LAist contributor who happened to be rolling by when the mural was being repainted as he snapped a photo. 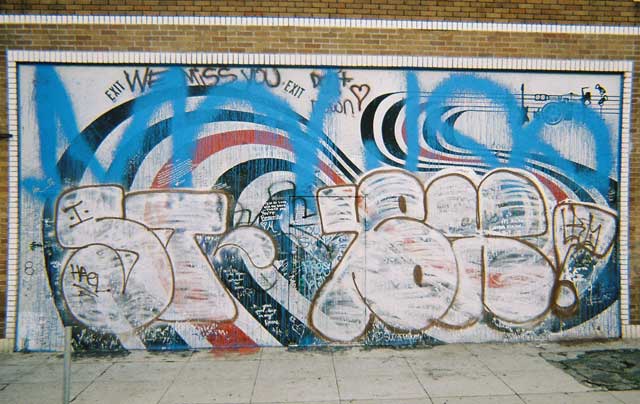 In a lengthy ad hoc interview with the owner of Solutions Electronics, Stephon Lew, another commenter posted the alleged conversation. "I wished and accepted a continuous flow of good spirit -- as much as Elliott's fans' could place of their expressions on the Wall over the many years -- but the layerings of the fans' art invited other larger, overbearing, and then -- even more irrelevant, and random 'Other Art.' Art-upon-art is possible -- up to a point." In the comment, Lew gives an in-depth history of the wall as well as future plans.

Graffiti is a tough battle to fight as it comes often, sometimes within hours of abatement. We may have rubbed some people the wrong way, nevertheless, Elliott's Wall is once again ready for his true fans to write him a note. Thank you for all of your support in making this city the best one there is.

To get involved with helping keep the wall graffiti clean, check out their myspace page.