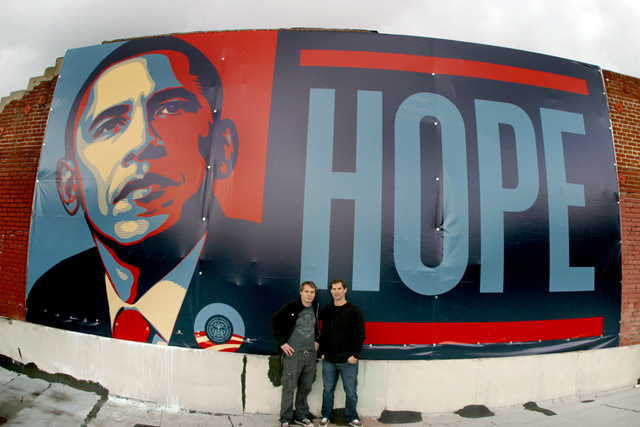 After discovering a massive Shepard Fairey-designed Obama print off Sunset yesterday, we went hunting for the background story, which led straight to the artist himself.

The giant billboard (at 1331 W. Sunset) in question marks the location of Fairey's new HQ: Studio Number One with the soon-to-open Subliminal Projects gallery on the first floor.

Shepard Fairey, 38, (who we've covered extensively) gained notoriety with his Obey Giant street campaign (AKA Andre the Giant Has a Posse) two decades ago. He wanted to do something for Barack Obama's campaign but Obama's team balked at the idea of a convicted graffiti artist promoting the cause.

Finally in late January, Fairey was given the thumbs up and the Obama print was designed and printed on the fly. By Super Tuesday, the image had spread beyond expectations, seen on Facebook profiles and at Obama rallies nationwide.

How many thousands of Obama posters have you gone through to date?
17,000 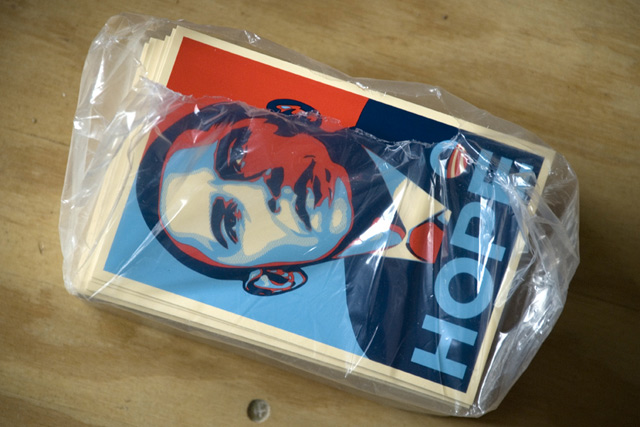 How long were you at the Wiltern? What was unique about that space?
The Wiltern has amazing art deco architecture with high ceilings in our office. We had just outgrown the space.

Whose projects in addition to yours will be shown in the gallery?
The first show, April 5, is French stencil artist Blek Le Rat who started in the 80's and was an influence on Banksy.

Do you have any favorite places/sites in the LA area for inspiration and/or escape?
My wife and I live in Los Feliz, so we like to take the family to Griffith Park. We have two young daughters and there are lots of things for kids there.

Any words of wisdom for aspiring street artists / disruptors / dissenters?
My advice is to stick to what you believe with tenacity. Don't read snarky blogs and message boards because lazy sideline critics can bum you out, and ultimately have little effect on the outcome of things compared to those who take real action. Just follow your passion. 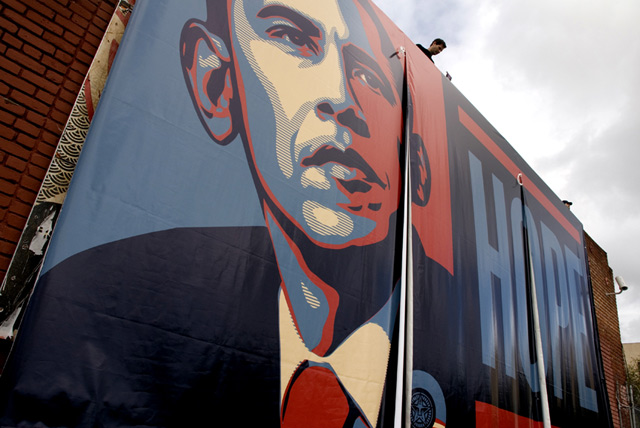 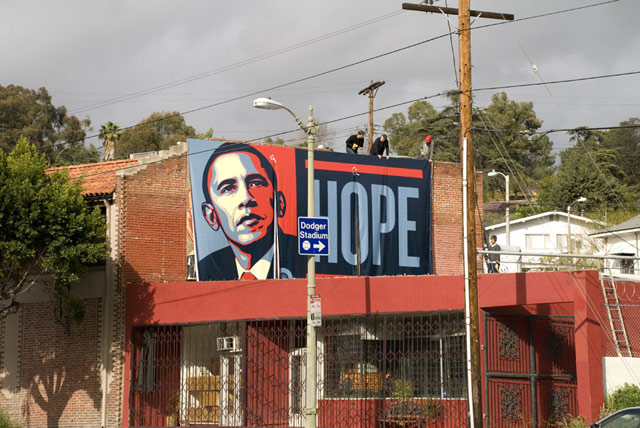