Voting is Tricky Business... Will Your Vote be Counted or Thrown? 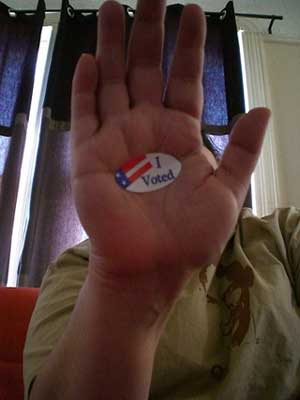 In a quite quickly put-together press conference slated for 2:00 p.m. today at the First Street Steps at City Hall, Councilmen Eric Garcetti and Dennis Zine will be reminding voters that if you're nonpartisan or 'decline to state,' you must mark the box at the top of the ballot if you want to vote for an American Independent or Democratic candidate.

Unconfirmed field reports are saying that the LA County Registrar is expecting to disqualify votes due to this tricky step in the voting process. The California Chronicle warned of this yesterday:

Election activists have complained to the Los Angeles County Registrar´s office that if voters fail to complete the bubble indicating the party in whose primary they are voting, their presidential selection on the ballot will not be counted. For example, if voters request a Democratic ballot but fail to fill the bubble next to the word "Democratic" at the top of their ballots, then the voters´ choices of presidential candidate (Hillary Clinton or Barak Obama) will not be counted. [California Chronicle]

The Courage Campaign, the Southwest Voter Registration Education Project and the League of Women Voters are expected to be present at the press conference as well.

Previously on LAist
- Los Angeles = Voting Problems Everywhere?
- 'Independents' Can Vote for Democrats but Not Republicans in California Primary