Comedian John Mulaney is taking SoCal by storm, check out his schedule for the first part of this month (he'll be back in LA at the end of the month also):

You may have seen John Mulaney on Conan or CollegeHumor.com and now you have several chances to see him in person and you shouldn't miss out. He's a reserved and polite fellow one-to-one and his stand-up has a notably direct and non-caricatured delivery. He saves his caricatures for his hilarious "historical" bits (see his video reel above for some prime examples).

LAist had a chance to talk to Mulaney where he was resting up in New York before embarking to California for a month of shows across the state.

LAist: So has the WGA strike been affecting some of the projects you were working on or planning on working on?

John Mulaney: Yes, I think it's affected everyone hasn't it? Even as a non-Guild member there's a lot of areas that I would feel uncomfortable working for - for a struck network or any other struck conglomerate. There's a lot of avenues that are a little sketchy in the writing realm so it's been good [to avoid any conflict]. Did I book myself more than before the strike? I don't know, it's just seemed to work out this way. 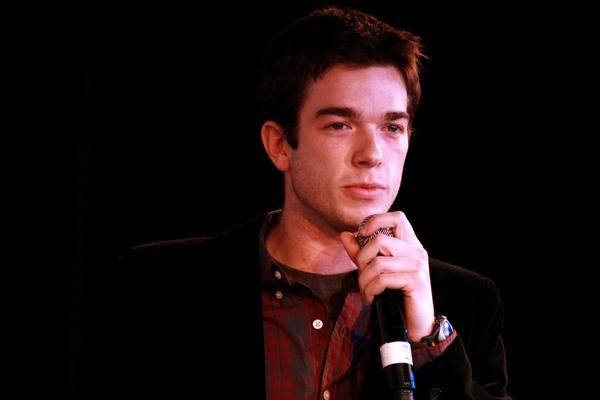 LAist: How has your style of comedy worked out in Our Nation's Heartland?

John Mulaney: I've been very successful in different regions than I would have expected. I'm kind of a paranoid person so I built it up a bit much. I had a week in Houston and I'd never been there but after a week there I figured out that it was just the same [as being on the coast], it's not that different. I've been at colleges and in other situations where I figured out that I wouldn't jibe with everyone. I feel like every region has been exposed to the same media so they're exposed to the same comedy as everyone else. I'm sure there's some areas where there's reasons why I really wouldn't work out but I feel very happy that I've been able to do so well in markets other than New York.

LAist: How did you get your start in stand-up?

John Mulaney: I've been doing comedy in some form since I was seven. I was in a sketch comedy group when I was seven called 'The Rugrats' and this was way before the Nickleodeon show. I don't remember how my Mom heard about this, but a theater in Chicago, where I grew up, was putting together an improv and sketch review program for kids. Some friend of my mother's told her that they were starting this up and that "your weird kid might like this". I think I did it for 2 years, we would do improv games and then work on sketches and then do a performance of the sketches for the parents. The program was run by this woman, Mrs. Doyle, who said that she had been in the movie "Bright Lights Big City" but she hadn't. She would call Michael J. Fox "Mike Fox", she told us about the scene was she in but she wasn't in it. In some ways she was the greatest actress of all because she tricked a bunch of kids into thinking she was in "Bright Lights Big City". The genius of it was that this wasn't a movie that a group of seven year olds would have access to because if she said "I had this part in 'The Never-Ending Story'" we would have said "no you're not" and caught her.