LAist is Having a Super Tuesday Party. And You're Invited. 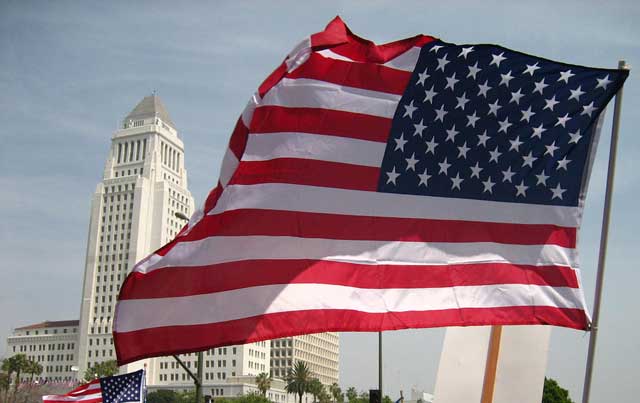 UPDATE: Seven Grand is a 21+ bar. We apologize for any inconveniences.

There's no better way for LAist to have its first ever public event than next Tuesday, a day where Los Angeles, and all of California for that matter, votes, taking part in one of the greatest Presidential primaries ever. For the Democratic party, California carries more weight than any other state — that's huge in itself. Locally, several propositions and local measures can have quite an impact on the economy.

LAist Lifestyle Editor and owner of Answer With Action, Sloane Berrent, has put this party together for LAist readers to celebrate our voting power and to bring together the LAist community together outside the confines of the web (you met IRL? omg!). The first 75 people to arrive with their "I VOTED" sticker will receive a free drink. All of the TVs will be showing election returns, so come out and join other hip politically conscious Angeleno's to cheer on your politcal candidate, talk propositions or just drink.

This all goes down next Tuesday, February 5th from 7-9 p.m. at Seven Grand in downtown LA. We're looking forward to seeing you.