Flickr Now Limits You to Zero Mistakes Per Person 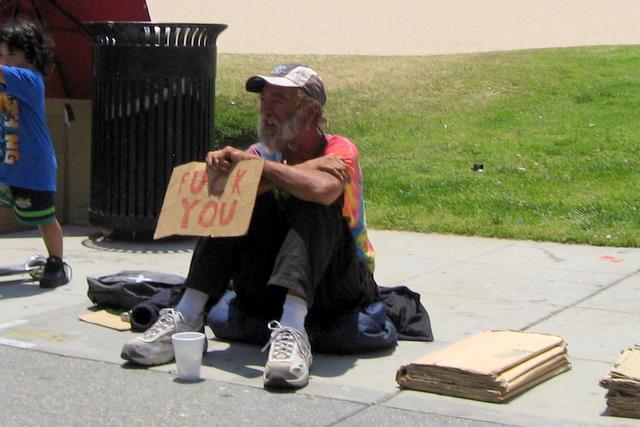 In the so-called Flickrverse, inadvertently putting one naughty-esque photo in a comment thread will get you flagged and censored, maybe even having all your comments from the past, 10,000 in all, deleted.

It wasn't too long ago that Flickr implemented its own questionable censorship system (which resulted them in restricting all of my photos and then apologizing about it later with a whoops, our bad) and became perhaps a bit heavy handed with their abilities to decide what we can and cannot see. It appears that now one is not allowed a single mistake, as instead of issuing a warning for a violations, instead they just start deleting to their heart's content.

Case in point, recently a rather popular Flickr member was involved in a ridiculous flame war against some angry trolls. As an intended joke, she posted a GIF of some bouncing (covered) breasts in the comments thread, which appeared to most Flickr users (including myself) to be rather silly, a joke amongst friends. The GIF was rather small and, unbeknownst to the poster, contained an explicit image in the upper corner. The owner of the photostream did not complain. But someone else did. In a rather impulsive act of nepotism, Flickr went ahead and started deleting every comment ever made by this person, or as they said chillingly "we're scrubbing your comments from the Flickrverse." Over 10,000 of them.

(WTF is a Flickrverse and when did they get so damned important that they are not just Flickrland or even Flickrworld but a whole Flickrverse?)

Flickr stated that putting dirty animated GIFs in the comments is a way of circumventing their safety filters and a means of spreading porn to the public. Sure, maybe it is, and that behavior should be flagged if it happens, let's say, repeatedly. But once? As a joke? Coming from a user whose photostream is comprised of stuffed animals and flowers and a few dead leaves, one would think a more appropriate response would be deleting that comment, erasing all of her comments with embedded GIFs, or giving her a warning and saying "what the hell were you thinking?" Instead they took their big giant Flickrverse sterilizer and went through and sanitized everything she'd laid her dirty little paws on and bleached it out, saving the souls of Flickr users everywhere. Even those of us who really wanted needed her comments there to boost the entertainment value of their otherwise mundane and dull photostreams, yes, we've been saved as well.

Maybe what is comes down to is that Flickr should stop calling itself a community and reiterate that it is not nearly as friendly or democratic as it would like to sound. Its users are not entitled to specific rights and privileges. Mistakes are not allowed. Cruel and unusual punishments are not beyond the reach of the powers that be. There is no writ of habeas corpus. And there are many rules prohibiting the exercise of free speech which are not clearly delineated but can be enforced at any time to the fullest extent of the law.

Dozens of people wrote complaints about this harsh overreaction for one mistake. Here is Flickr's response:

All reports are reviewed against our Terms of Service and Community Guidelines and where appropriate, action is taken.

As mentioned previously, we won't discuss the specifics.

I'm sorry that a contact of yours may have been impacted by team actions, but it's important that we ensure that all of our members comply with what it means to be a good citizen on Flickr....

I'm sorry that you're upset / appalled / incensed / concerned / horrified / [insert your term here] with the actions taken by Member Support.

While TequilaAndDonuts has come to the discussion, our Privacy Policy precludes us from discussing the specific actions taken on other member accounts in the forum, with 3rd parties, etc -- I will however say that I've returned T&D's account level status to "safe".

In ensuring that our members are in compliance with the Yahoo! Terms of Service and our Community Guidelines we often take actions that some may consider to be unfair, inappropriate or downright wrong headed. Please rest assured that these decisions aren't made lightly -- we're not sitting around munching on bon bons hitting a big red button with glee.

(Check back to the forum thread for updates.)