Top 10 Albums of the Year 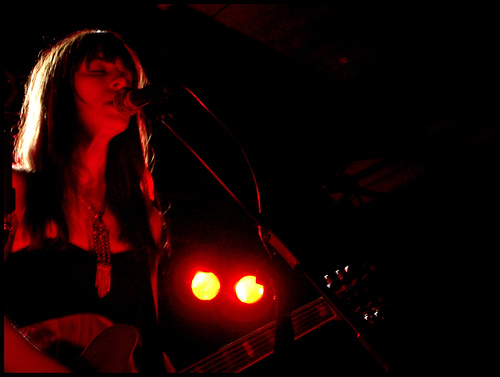 The year is coming to a close and, like all procrastinators, I am late on my "Best of" duties. Nevertheless, 2007 was a jam-packed year full of great music. With some very welcome returns, some flops, and some breakout contenders, 2007 was a testament to the ever-changing, ever-exciting musical atmosphere. Anyway, here it is...

1. Feist – The Reminder
There is a reason that Feist has become as popular as she is – her unmistakable voice and the fact that The Reminder, the album that launched her most successful single to date - "1234", is a feat of artistic mastery. Make no mistake, this is not a perfected, immaculate record, but even its minute flaws contribute to its unique composition. The expert production that envelopes this record serves to emphasize Leslie Feist’s voice, which is enchanting, gorgeous, and heartbreaking all at once. The Reminder is life-affirming, glorious art that resonates beyond the speakers and that is a gift.

3. St. Vincent – Marry Me
Already a veteran of The Polyphonic Spree, and a musical aid to Sufjan Stevens, Annie Clark, who performs as St. Vincent, has created a record that is cohesive, spontaneous, and beautiful. The intricately constructed and instrumented songs are darkly playful, subtly tantalizing, and deep. This is everything you want in a record.

6. Radiohead - In Rainbows
A glorious, ambient, a mature sound pervade In Rainbows. It's an album that fully absorbs you - gentle, abstract, and simple, it is also thrilling, engaging, and complex, and it is certainly never far from groundbreaking.

7. Rilo Kiley - Under the Blacklight
Rilo Kiley's ode to the seedy side of Los Angeles is a cinematic album with a sound that finds the band exploring new horizons musically. From the awesome opener "Silver Lining" to the bittersweet closer "Give a Little Love", Rilo Kiley remains a great band that has proven its ability to stretch far (and successfully) beyond its indie fanbase.

8. The Shins - Wincing the Night Away
Wincing the Night Away was one of 2007's most highly anticipated albums. Luckily, no disappointment was delivered. Instead, The Shins have produced an album that expands their sound to darker, dreamier, and more complex territory, but never leaves the listener at a distance.

9. Amy Winehouse - Back to Black
Amy Amy Amy. Sometimes she's a badass singer; sometimes she's a pot smoking, weight shifting tabloid queen. Listening to Back to Black proves that the second persona is futile. The album is an incredibly well written, well sung, and hard-to-forget blend of girl group soul and modern R&B. The result is anything but ordinary and certainly places Winehouse among the best of her generation.

Finally, as every year presents a struggle for omission, here are those that fell just short of glory...