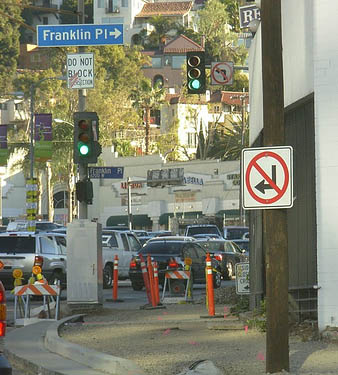 Ever try to get in the left-hand lane hoping you'll get that green arrow, but only end up waiting thru one series of lights after another?

Imagine you drive a truck for UPS and you find yourself in that situation day after day, year after year. Then multiply those trucks by the tens of thousands. Think about how much gas is being wasted and how much CO2 is being released due to idling.

The NY Times is reporting that UPS actually did think about all of that waste and invested in a software system that helped route their delivery trucks so they could cut down on left-hand turns. The result? They saved approximately 3 million gallons of gas.

The company employs what it calls a “package flow” software program, which among other hyperefficient practices involving the packing and sorting of its cargo, maps out routes for every one of its drivers, drastically reducing the number of left-hand turns they make (taking into consideration, of course, those instances where not to make the left-hand turn would result in a ridiculously circuitous route).

Last year, according to Heather Robinson, a U.P.S. spokeswoman, the software helped the company shave 28.5 million miles off its delivery routes, which has resulted in savings of roughly three million gallons of gas and has reduced CO2 emissions by 31,000 metric tons.

So the next time you plot out your directions using Google Maps, or the like, consider how Brown went Green, and see if it works for you too.