Week Around the -ists 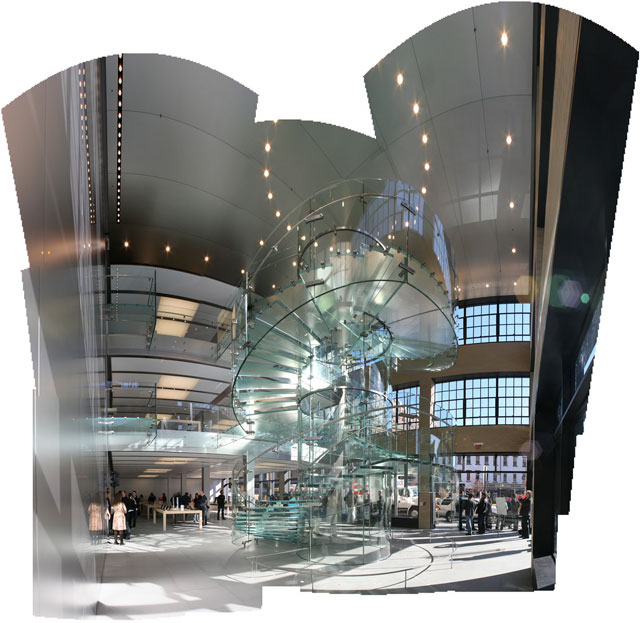 The Holiday season is in full swing in NYC, with holiday lights in Brooklyn, a giant snow globe in Bryan Park and Chanukah specials for ham. One citizen decided to go vigilante on annoying car alarms, a murder suspect used a fake Asian accent on the stand and a video of a man being beaten up by teenage girls on a subway shocked the city. And we interviewed soon-to-be-leaving-Gawker editor Choire Sicha, who said, "Wouldn't a kinder, gentler Gawker be hideously unreadable? No, we never talked about that. It would be hysterical but we haven't."

Londonist was proud to announce the winner of this year's Turner Prize was Mark Wallinger who made long-standing London protester Brian Haw a work of art, after he has previously been made into a sort of law due to his lengthy banner-waving vigil outside parliament. The strength of the pound made real in the form of a 25 foot high coin on a quiet patch of the Thames river bank, aiming to inspire all Londoners in a publicly voted decision on spending £50 million Lottery money. Perhaps some new play projects for London kids who, for the lack of youthful entertainment, are trying to amuse themselves by collecting prostitute calling cards, which are worryingly rigged and booby-trapped. And for those who are anticipating a lovely fat check from a great-aunt this Christmas and wondering what to spend it on, the London Marathon will need a new sponsor after 2009. How does The Londonist London Marathon sound?

Bostonist ducked and covered when a gas tanker tipped over and exploded in the nearby town of Everett. No one got hurt, but cars and homes were destroyed in the blaze. Making matters worse, the driver of the tanker had a few smudges on his record. Bostonist was then agog as their former governor, who usually doesn't hang out in Massachusetts that much, made the news in every possible way. Mitt Romney gave a speech about every religion except his own. However, several other individuals were more interested in the news that Romney still had illegal immigrants working at his mansion. In other Mitt-free news, transit police put out the alert for a "Green Line Groper" who had been making the lives of high-school teens extremely unpleasant. Bostonist also joined a polyamory club and found out that polyamorous people are a lot like normal people, only with more variety.

As LAist continues to follow the Writers Strike in Los Angeles, they honed in on the city who won't let bicyclists attend a "green" Holiday Light Festival in lieu of making it easier for idling cars. At least the city council started promoting a plastic-less "Day Without A Bag" event. In sports, UCLA football coach Karl Dorrell found himself out of a job after last weekend's 24-7 loss to USC. Speaking of USC, some do-gooding art students went down to Skid Row bringing attention to the infamous area. Also in the arts, Angelenos debated the best music venue and Sweet P of Project Runway was interviewed. Other interviews this week included Dave Feller from StumbleUpon and a very deceptive Hollywood sign. Last but not least, enjoy the holidays with a some White Trash JELL-O Shots!

SFist witnessed a student interrupt Sean Penn's Dennis Kucinich-endorsement speech at San Francisco State University, with sexy results. Sort of. Speaking of sort of sexy, SFist readers demanded to know: at what age does one become a cougar most? In local political news, it looked like San Francisco Public Utilities Commission chief Susan Leal might get the ax. Au revoir! And we found a startling aesthetic connection between the Omaha mall shooter and Rick from Degrassi: The Next Generation. Spooky. In Xmas news, the homeless received a cynical holiday greeting and Christmas finally got its own razor blade-in-your-caramel-apple brand of hysteria. And finally, an attention starved Barry Bonds pleaded not guilty to being a total fibber. Ta-da!

Panoramic collage of the new Apple Store in the Meatpacking District by Jake Dobkin; Bostonist's image from Bizuayehu Tesfaye/AP.