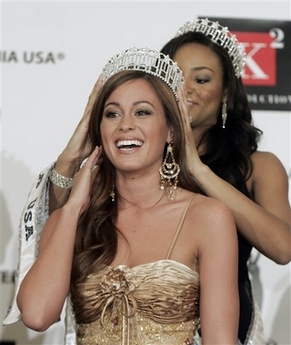 Guess who's getting naked for Peta now? Film star Eva Mendez. And if her poster is any indication, she's really behind this cause. - peta.org

Yesterday 1,916 unclaimed dead people were cremated and buried in Evergreen Cemetery in Boyle Heights, the oldest public cemetery in LA. This solemn practice has gone on for decades to give a final resting place to the poor, the unidentified, and those who had no friends or relatives to identify them - Daily News

Laker coach Phil Jackson is not amused with being mic'ed for the benefit of tv. - "For people to be in the inner sanctum, where emotions are high and things are happening, it is threatening to us. We're going to have to get over it at some level. It's 'Big Brother,' though," Jackson said. There will also be cameras in the locker rooms. LAT

Day 3 of Kiefer Sutherland's 48-day stay in the Glendale City Jail, and the reports are in. Apparently the 24 star is a model prisoner and is handling his duties as laundry-folder quite well. - People

Although last night's storm was not as intense as Dallas, Fritz, and the others worried that it would be, it still helped cause a car to flip on the 5. Both passengers were rescued in the wash - - KNBC

How do you prove that you have no clue what blogging is about and you have no business even uttering the word? Create a private "Blog Council" with a dozen corporations and have something that looks like a blog, but it's not, to announce it. - Blog Council