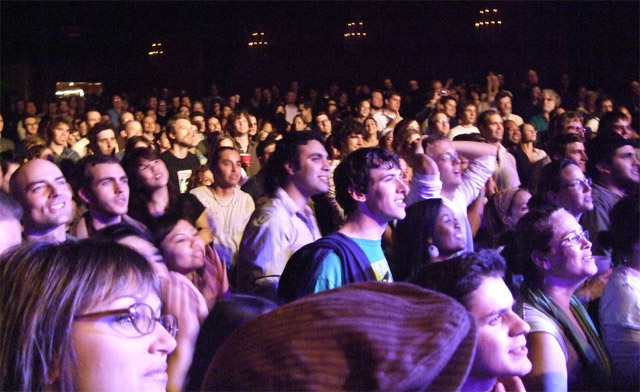 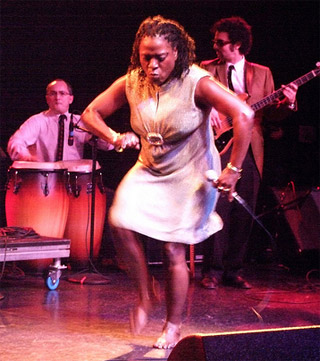 There is rarely an audience at an LA club show so fully and intensely captivated as the crowd at The El Rey was last night. Leave it to Dap Kings guitarist / emcee Binky Griptite who is a master at his craft: warming up the crowd and introducing the boogieing Miss Sharon Jones.

Jones & the Dap Kings performed for solid two hours, no opening act necessary (although the 60's and 70's dusty and R&B stylings of DJ O-Dub provided a perfect prelude). Following a handful of Dap Kings instrumentals and a Binky Griptite vocal, Jones was introduced and immediately owned the place, a 5-foot-and-inches Energizer bunny of Augusta-born soul.

Witnessing the 51-year-old natty-haired diva at work made it laughable to think that the last time her JB's-esque backing band hit town was to play lamppost for Amy Winehouse.

Videos and many photos from the show, including innocent attendees being dragged to center stage, below.

VIDEO: Sharon Jones grabs a half-dozen Hollywood honeys out of the crowd to dance with her on "How Do You Let a Good Man Down?":

Jones never went wrong in selecting dance partners from every genus and species of Angeleno: 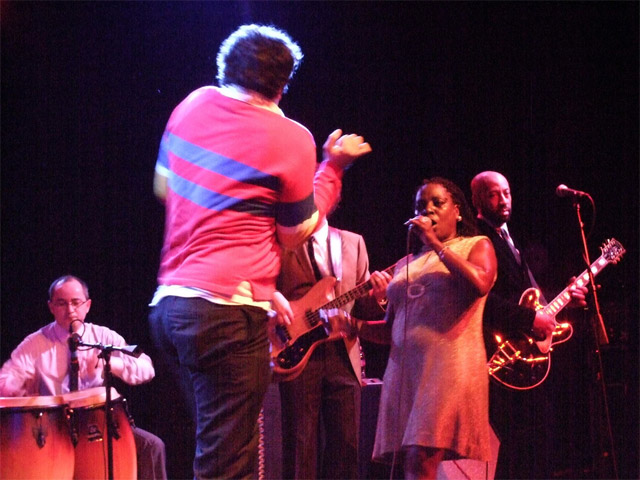 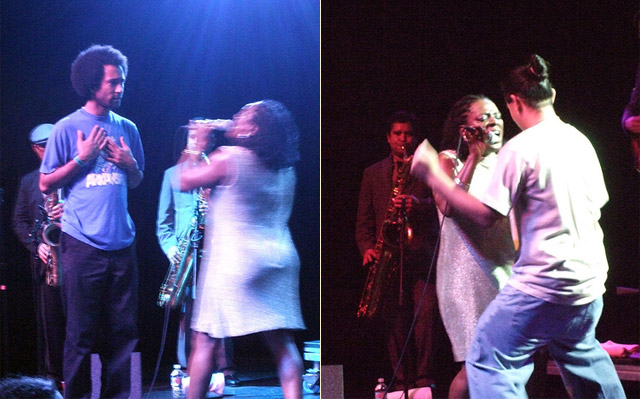 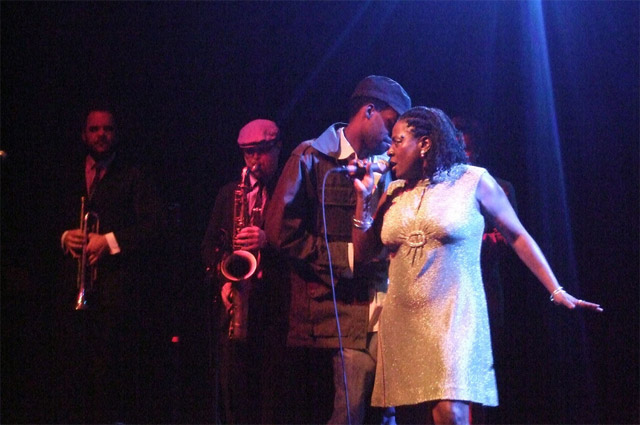 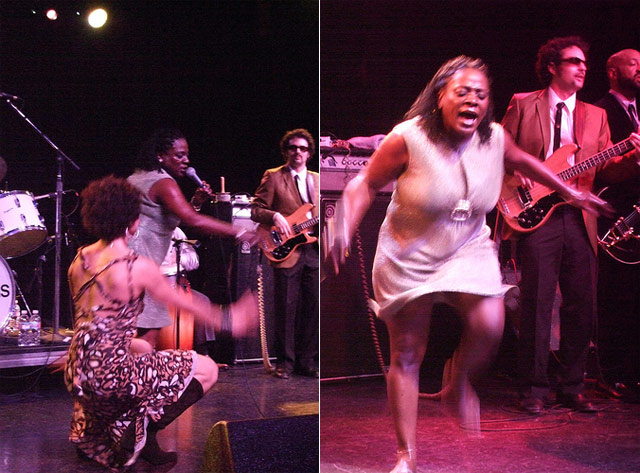 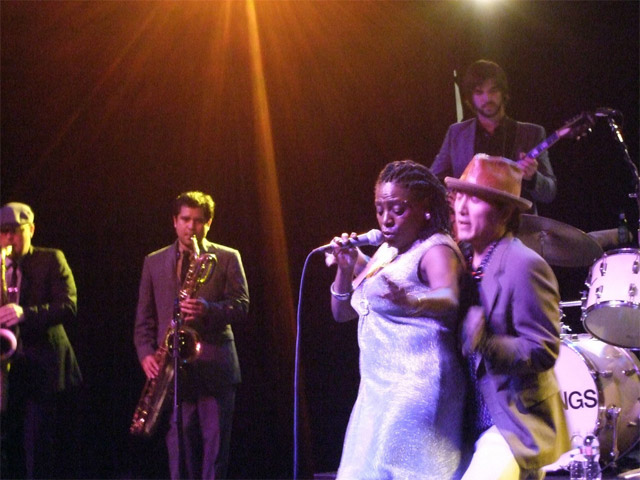 All photos by Andy Sternberg