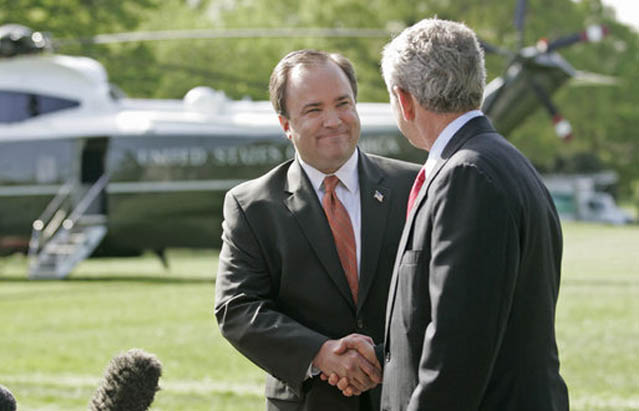 In a stunning accusation of a crime that in most circles is tantamount to treason, former White House mouthpiece Scott McClellan claims that President Bush, Vice President Cheney, Karl Rove and others were all in on outting 20-year CIA agent Valerie Plame.

Former White House press secretary Scott McClellan blames President Bush and Vice President Dick Cheney for efforts to mislead the public about the role of White House aides in leaking the identity of a CIA operative.

In an excerpt from his forthcoming book, McClellan recounts the 2003 news conference in which he told reporters that aides Karl Rove and I. Lewis "Scooter" Libby were "not involved" in the leak involving operative Valerie Plame.

"There was one problem. It was not true," McClellan writes, according to a brief excerpt released Tuesday. "I had unknowingly passed along false information. And five of the highest-ranking officials in the administration were involved in my doing so: Rove, Libby, the vice president, the president's chief of staff and the president himself." - AP

Since treason during wartime holds a penalty of death, the claim is that much more juicy/bizarre/troubling.

Santa, can we have an impeachment for Christmas, please?