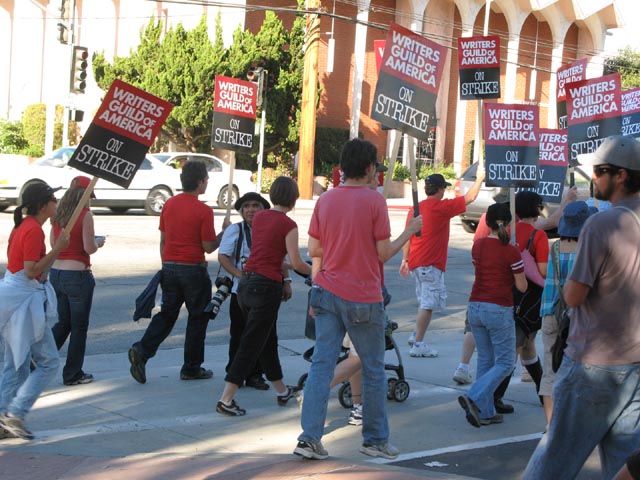 Over 10,000 people are scheduled to march today along Hollywood Blvd., and Grammy-award winning singer Alicia Keys will sing in support of the WGA strike which is now into its third week.

Beginning at the intersection of Hollywood Blvd. at Ivar Ave. at 1pm, members of the Service Employees International Union, California Nurses Association, Teamsters, actors, musicians, elected officials will join the striking WGA members. Keys is planned to perform at 1:15pm for about 15 minutes and then the marching and chanting and sign-waving will commence.

Our advice, as always, take public transpo. We recommend the Red Line - get off on Vine.