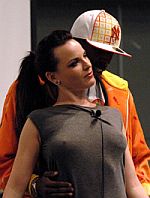 SFist witnessed a new apartment building tszuj the skyline with spectacular, gaudy turquoise aplomb, the (informal) renaming of the Mission/SOMA neighborhood border, the return of the Maltese Falcon, the Mayor Gavin Newsom mea culpa-ing over his Hawaiian getaway during the oil spill, and double-decker buses hitting the streets of San Francisco. Oh, and some baseball player named Barry Bonds is a liar whose pants, it seems, are totally on fire.

LAist continues to cover the Hollywood Writers Strike with visiting guest "strikers" such as KT Tunstall and Presidential candidate John Edwards. To celebrate Veteran's Day, they visited a Civil War reenactment and to celebrate Geography Week, they asked all the Los Angeles City Councilmembers about the districts they represent finding that LA's 180+ official neighborhoods are not easy to define. And to help better understand neighborhoods, the latest Neighborhood Project focused on Franklin Village, where the hipster culture and Scientology meet. In Beverly Hills, one writer takes us on a photo tour of a house that looks like it's straight from Alice in Wonderland. And what's Los Angeles without a University of California sociology of sexuality class being taught by pornstars?

Phillyist prepared to party by doing the hustle, lighting the lights, shopping up a storm, and... visiting Khrushchev? 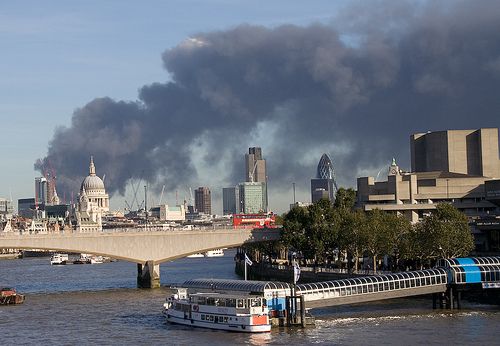 Londonist started the week with a scare: a huge cloud of black smoke spreading across London. A jumpy town was relieved to find it was simply a warehouse fire, with no casualties other than the environment. Fortunately, London is thinking of completely banning plastic bags to reduce its carbon footprint. Meanwhile, a new high-speed train link to Europe opened on Wednesday, from the towering Gothic St Pancras Station. And in silly news, the Four Tops sued the fake Four Tops.

Austinist had a chat with The Hold Steady, and took a look at the new film based on Cormac McCarthy's No Country For Old Men. Local SWAT were called out for an all-day siege of a gun shop, which turned out to be much ado about nothing, and were back the next day after a real crisis developed in central Austin. They chronicled the rise of the former Emo's booker, Graham Williams, who's now gaining national attention for his new indie booking agency, and took some gorgeous photos from last weekend's D-I-Y fashion show and bazaar, Stitch. Meanwhile, one of the last remaining munchkins from The Wizard of Oz got a Star on Hollywood Walk of Fame, and some local activists successfully prevented Texas Governor Rick Perry from conveniently erasing his emails. 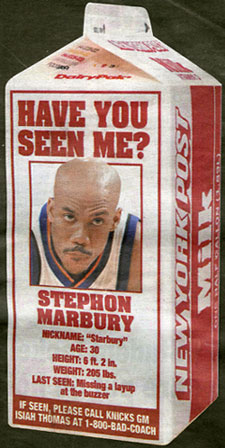 It might be getting colder in New York, but Gothamist is finding things hot and bothered. The NYPD fatally shot an unarmed teen thinking he had a gun but he was only holding a hairbrush. Governor Spitzer finally dropped his controversial driver's license plan as City Council members readied a war on pigeons and their pooping ways. Some roommates made an amazing apocalyptic Big Apple in their apartment. Sports figures were big news, with A-Rod deciding to stay in NYC for $275 million and Stephon Marbury being Stephon. And with the Writers Guild strike still in effect, Daily Show correspondent John Oliver gave his thoughts on the strike and noted writers "aren't trained for this. As you can see, writers are pasty creatures who are no friends to sunlight." But wait... that's not all! Check out this week's favorites on Chicagoist, Houstonist, Sampaist, Seattlest, and Shanghaiist right this very second. Image credit: London's bizarre black cloud by Fred Dawson; Gothamaist's milk cartoon image: Amazing graphic from the NY Post; LAist's pedagogic pornstars: LAist_Koga.