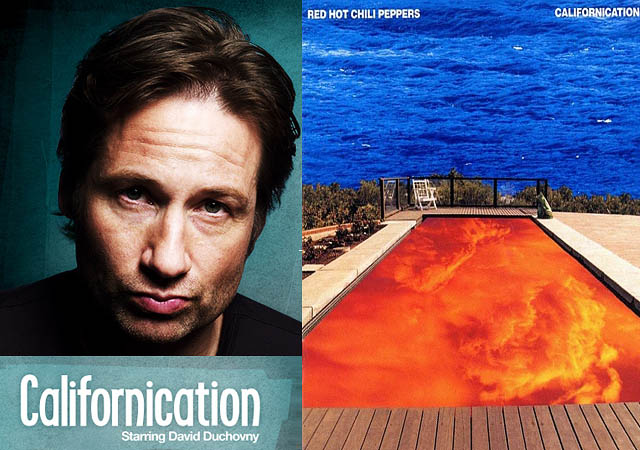 Although it might be "understood that Hollywood sells Californication", the boys who wear tube socks on their magic johnsons are headed to court to argue that you can't just steal it.

Showtime has found itself on a little roll with "Weeds", "Dexter", and now the sexy/dickish David Duchovny series "Californication", but someone forgot to ask the Red Hot Chili Peppers if it was kosher to use their word for the show.

The Hollywood Reporter's law blog today sheds light on the curious case of the RHCP vs Showtime, wherein the Fairfax High alumni are suing the network and its producers for unfair competition.

The complaint is being filed in Los Angeles Superior Court today but the band's lawyers provided us a press release with the details. The Peppers don't claim trademark infringement. Instead they allege state law claims of unfair competition, dilution of value of the "Californication" mark and unjust enrichment.

“Californication is the signature CD, video and song of the band’s career, and for some TV show to come along and steal our identity is not right,” band frontman Anthony Kiedis says in the release.

Use of the "Californication" name by Showtime "continues to cause a likelihood of confusion, mistake and deception as to source, sponsorship, affiliation, and/or connection in the minds of the public," the complaint is quoted in the release. - Hollywood Reporter, Esq.

Normally one would say, "nah those fools crazy - there's no confusion that Band X is affiliated or connected to TV Show Y" but in this case we have to side with the band, because when the name of the show was released, we certainly thought the Chili Peppers were in cahoots with the show or at least signed off on using the name.

Perhaps that admission will keep us off the jury :) After the jump Flea's real name.