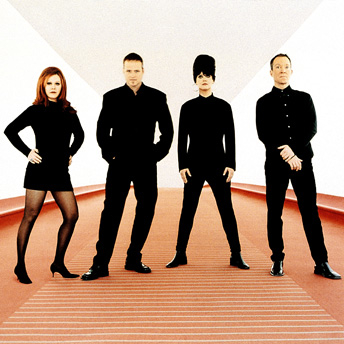 The shiny happy and beehived B-52's have been playing a handful of intimate shows around the country that started with a Halloween show with The Rapture at NYC's Roseland Ballroom.

Tonight, for example they will be up at the Chumash Casino in Santa Ynez (wonder if they'll do a Jackson 5 cover?), tomorrow they're at the Roxy, and Saturday they wind up the mini-tour at the Depot in Salt Lake City.

The Athens, GA, band haven't released any new tunes since 1992, but tomorrow at a little love shack on the strip, the B-52's will return with brand new grooves for you to shake it to.

Guitarist Keith Strickland who wrote and produced most of the new album Funplex, told Rolling Stone that its' "loud, sexy rock & roll with the beat pumped up to hot pink.”

Most people dismiss the B-52's as just a little fun party band, but when their first two records came out, those records were cutting edge and trippy and definitely not anything that sounded like anything else coming out of Athens at the time - or America.

So yes, we look forward to grooving out to the old Rock Lobster, but it will be interesting to see what's next. 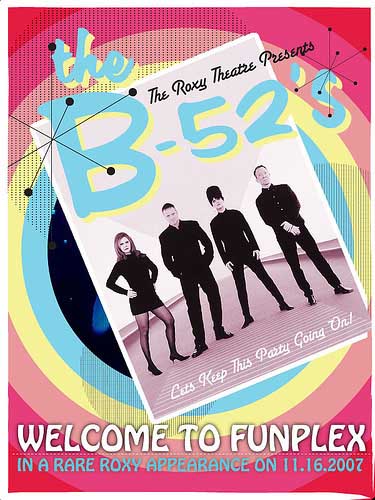