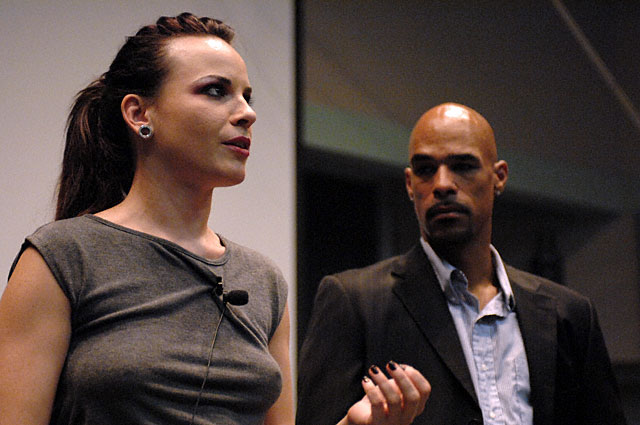 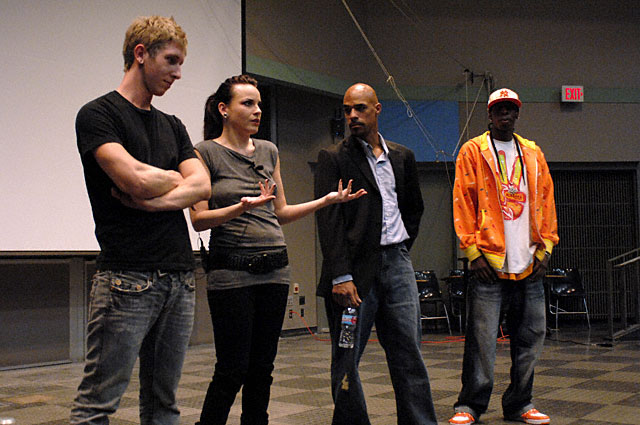 More about Thursday's class and the contents of DeArmond's suitcase after the jump. 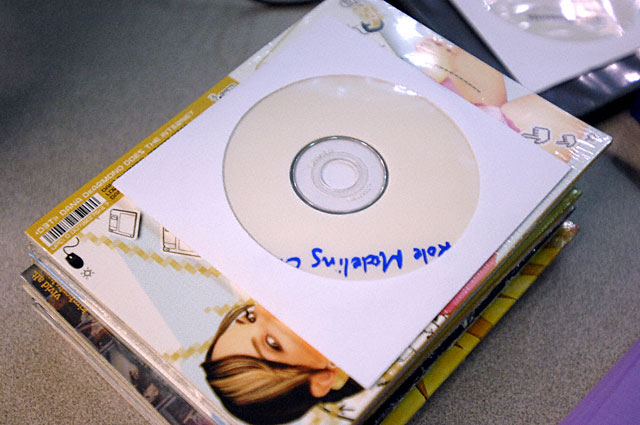 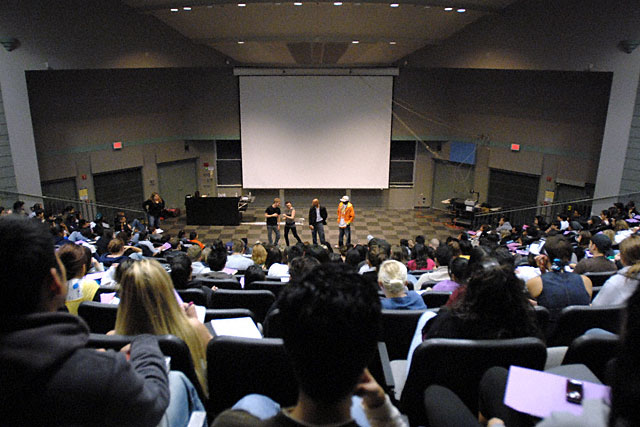 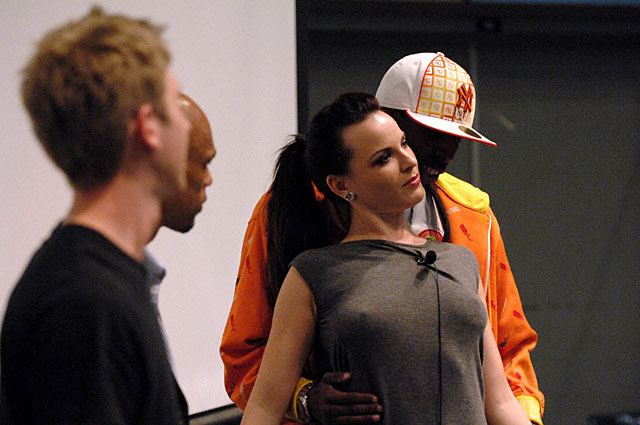 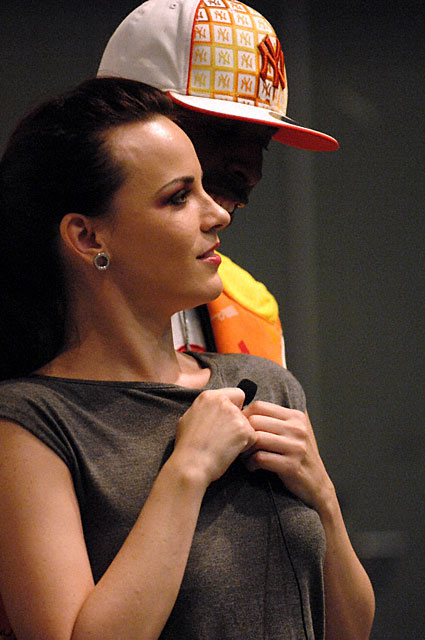 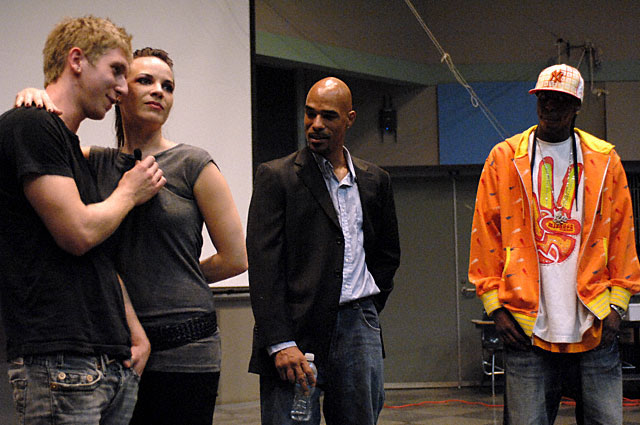 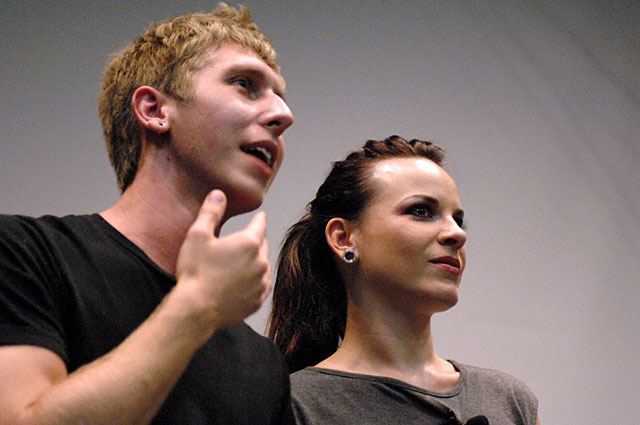 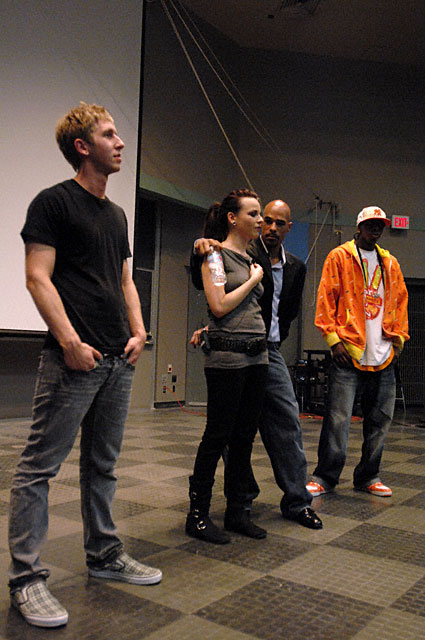 The three-hour class was divided into three segments: a lecture on the adult industry, a screening of clips from various films, and a question-and-answer session with the guest speakers.

While various numbers have been thrown around about how much the industry makes annually -- Luke Ford has gathered a number of recent articles on the subject -- Wosick-Correa estimates it at $20 billion.

As for the screening, the students' reaction was surprising, as one would think that with pornography so readily available on the Internet and the Web, the footage wouldn't elicit much of a reaction from the (theoretically-)numbed audience. But the giggles and comments that were heard throughout the presentation seemed to indicate otherwise, as perhaps there was a certain discomfort from watching graphic sexual couplings in an academic environment amongst a similar age demographic. Nevertheless, that did not stop one male student from enthusiastically declaring just as the lights dimmed: "I've been waiting for this all day!"

And with the diversity in the clips that were shown (as far as time period, choice of partners, and sexual acts), the two scenes that generated the biggest reactions -- Cytherea squirting after being pleasured by a Belladonna (who turned to the camera and declared, "That's fucking hot!"), and a Black couple using food in their lovemaking (DeArmond observed that the use of whipped cream, not to mention the placement of a strawberry in a woman's vagina, would create a yeast infection) -- seemed rather tame compared to the more extreme acts that have been discussed, for instance, on The Howard Stern Show. In fact, DeArmond wondered afterwards how those students would react to an upcoming screening of clips from her films. But as far as a primer goes in terms of what's available, it served its purpose.

Afterwards, many of the students mingled with the guests, asking for photos and grabbing free swag like Vivid-Alt stickers. And not surprisingly, DeArmond was the center of attention, drawing the largest number of students around her. This also proved to be the case at a nearby IHOP later in the night, as some of those students dropped by her table for a continued discussion on various topics. 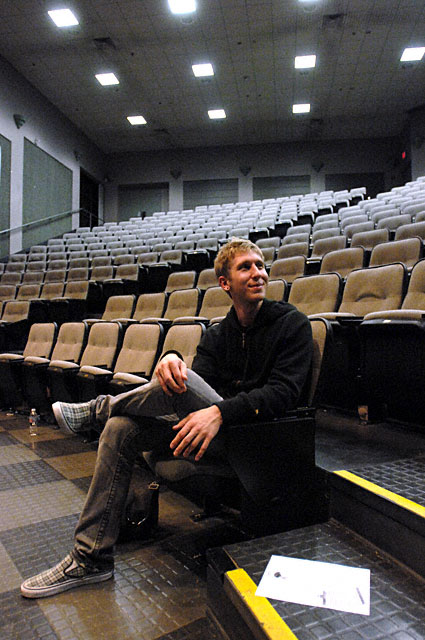 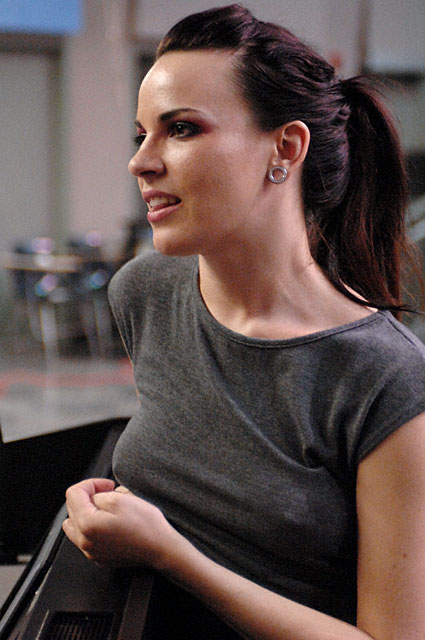 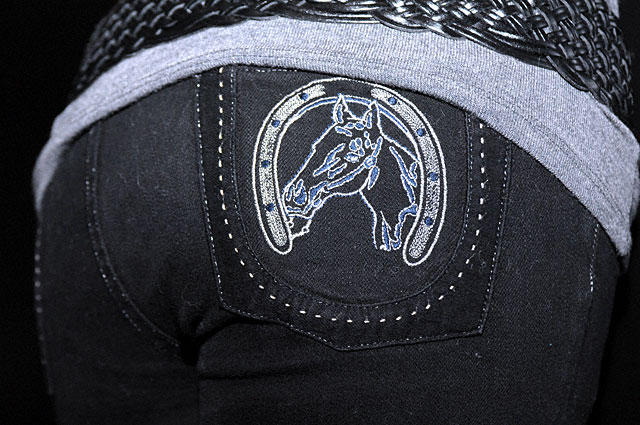 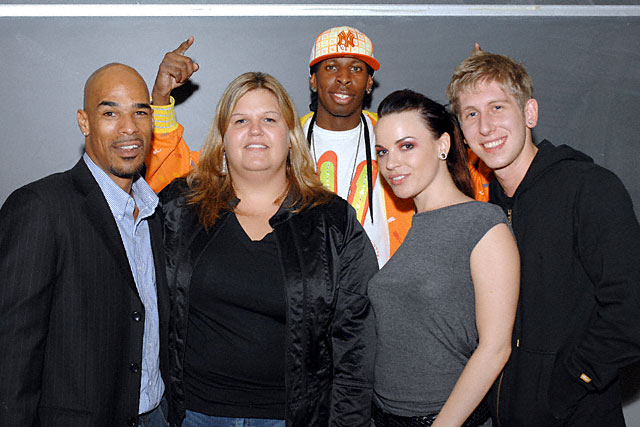 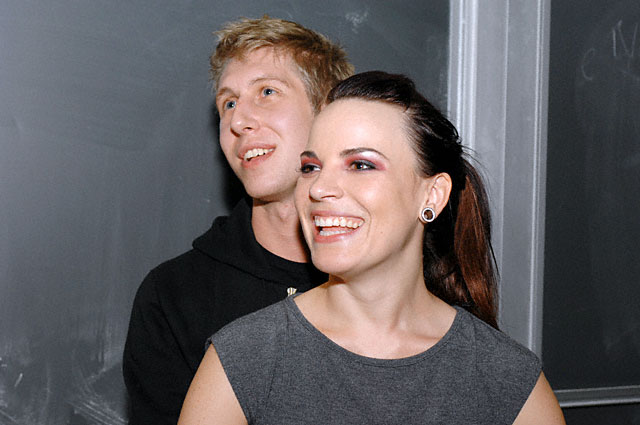 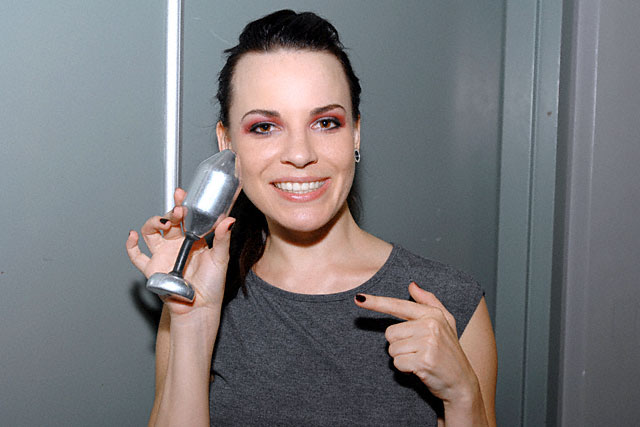 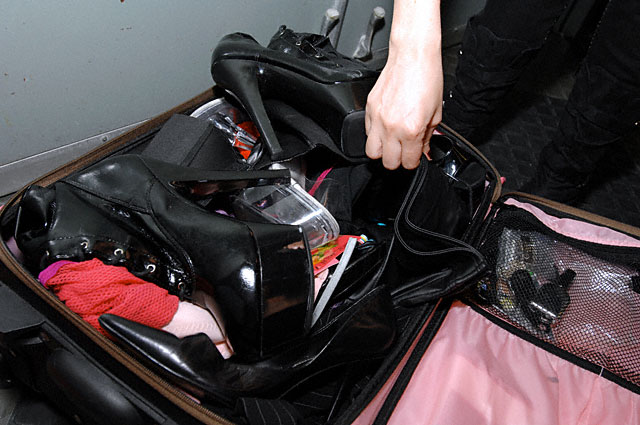 And DeArmond blogged about her day here (an excerpt below):

directly after my scene i rushed home and changed my clothes. daniel and i headed to UC Irvine where we spoke at a sociology class. justin long and jon jon were there. i was like "wow ive fucked everyone on this panel of speakers, i rule"

the kids loved me and i loved them back.

after the lecture we stopped at the nearest ihop and ran into a large pack of the students where we carried on a long conversation about docking , blow bangs, fucking horses and cupchicks (if you dont know what it is do yourself a favor and google it). im sure the people at the next table where less than thrilled.

More of my photos from the class on Flickr here.