High Speed Pursuit on the 138 East 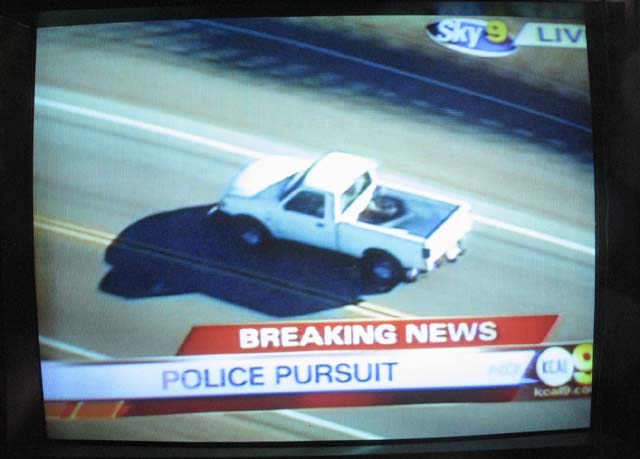 One thing that separates LA from the rest of the world are our televised high-speed vehicle pursuits.

Glendale PD tried to pull over a man in a white pickup truck a little over an ago. The driver peaced-out and floored it north onto the 5 freeway. Here we are now at 2:27 pm and KCAL's SKY9 is all over it.

Speeds have reached above 100 miles per hour.

What's most interesting is that the Glendale PD and the CHP have had no problem coming very close to the bumper of the pickup truck.

As the pursuit heads toward Gorman the freeway seems wide open which means that this chase could last well past the Grapevine.

A spike strip is being set up in about 3-4 miles in Quail Lake, KCAL is reporting.

Update: The suspect, may have heard about the strip and has decided to head to the Antelope Valley via the 138 Eastbound headed toward Lancaster. Hello two-lane roads and static for poor Sky9.

CBS2.com is now streaming the coverage, or you can flip on your tv.

Update 2: the gentleman ran out of gas, pulled over on the side of the road, was arrested and is now in the back of a police cruiser. 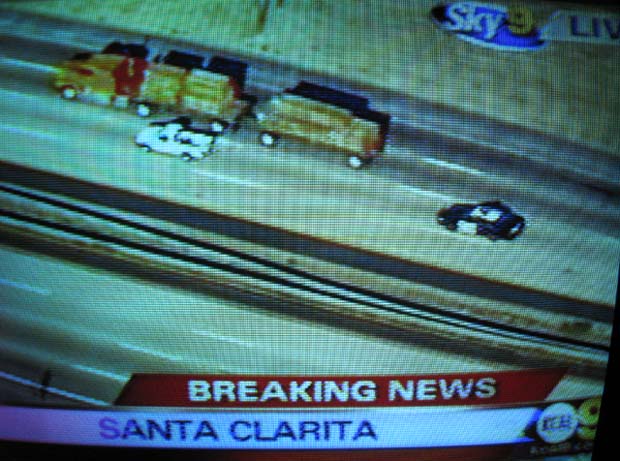 When the chase was on the 5 near Castaic