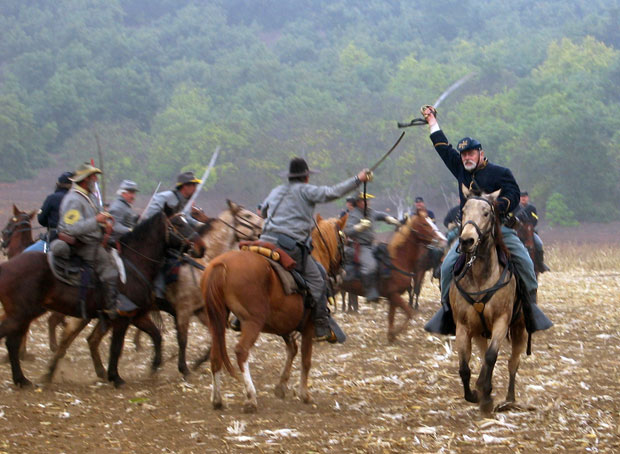 I’ve been hearing about Civil War reenactments for a while now, but until this year I had no idea there was one a few miles from LA County. According to the official event website, this particular reenactment (hosted by the Richmond Howitzer Battalion) is the largest in Southern California. The participants, many of whom are veterans, pay the expenses themselves and the attention to detail is amazing.

This year, the event took place Nov. 10-11 at the Tierra Rejada Ranch in Moorpark. Reenactments included the battles of Antietam, Shiloh, Cold Harbor, Franklin and more. I caught the final battle on the 11th—the Battle of Franklin followed by the Gettysburg Address.

The day was drizzly and gray, which seemed an appropriate setting for the battle. More photos after the jump. 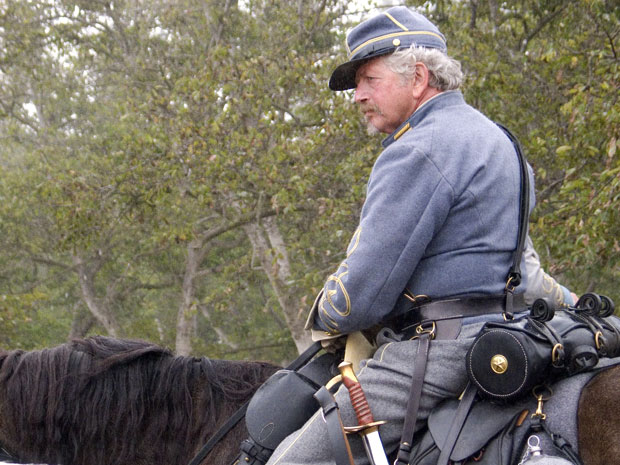 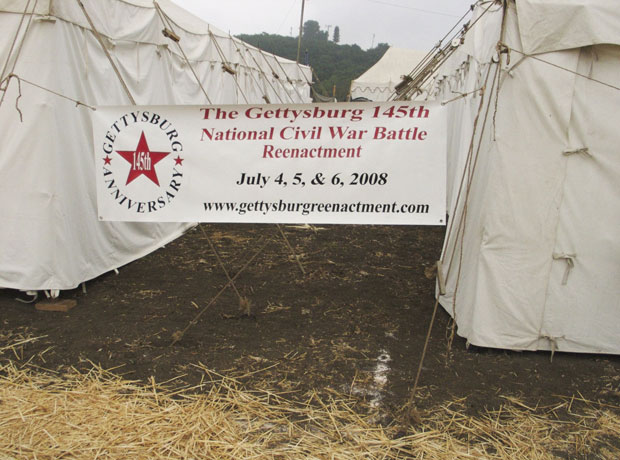 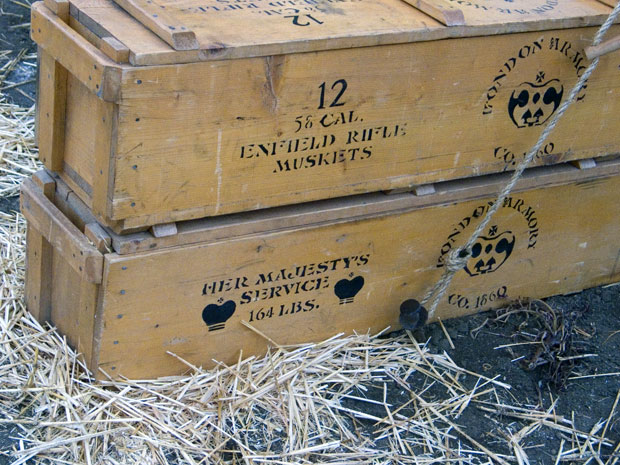 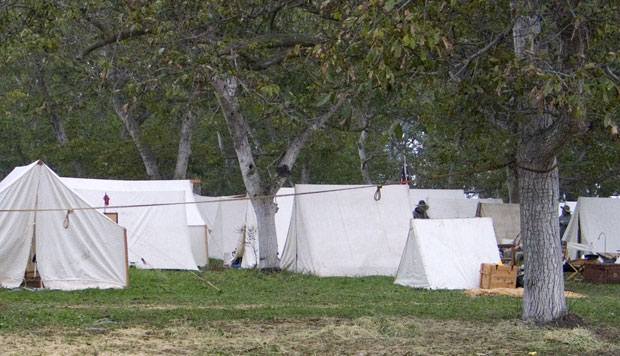 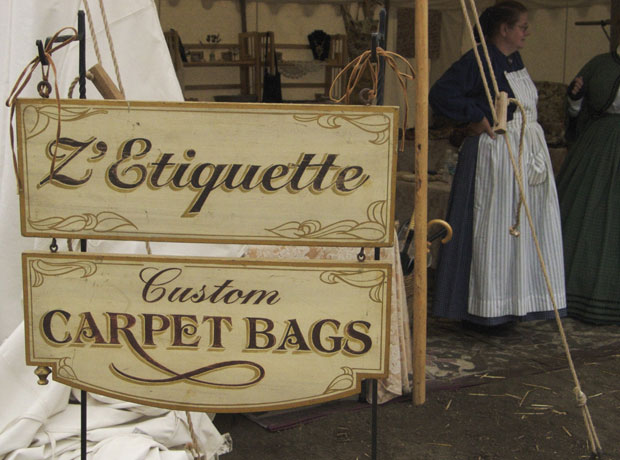 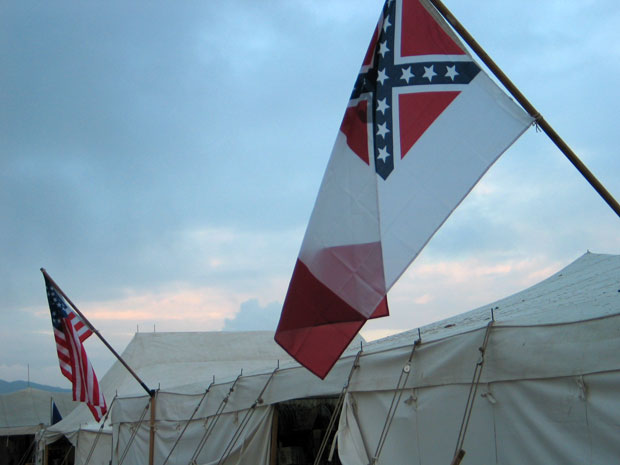 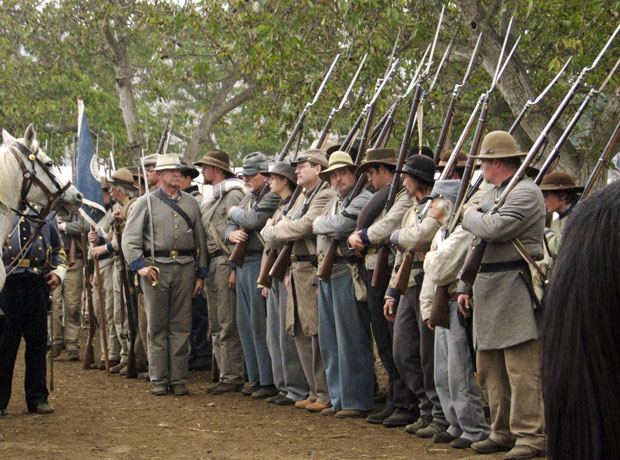 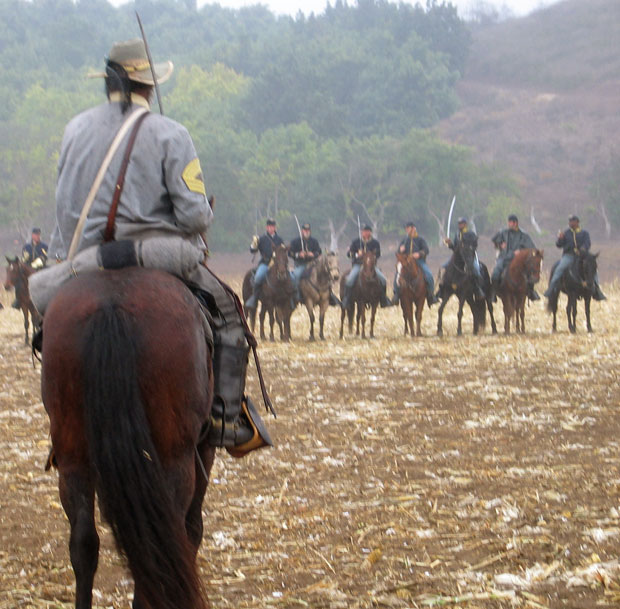 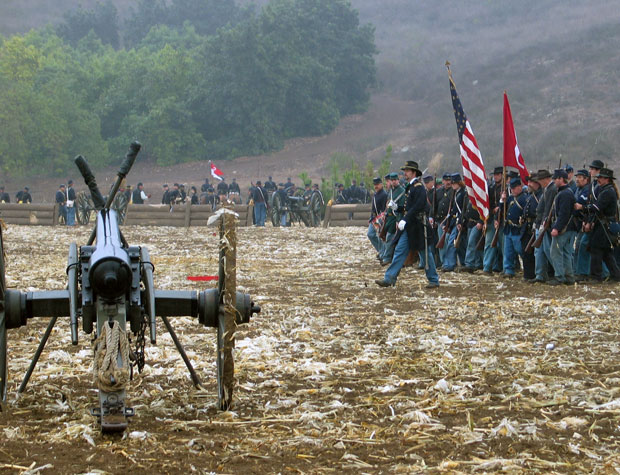 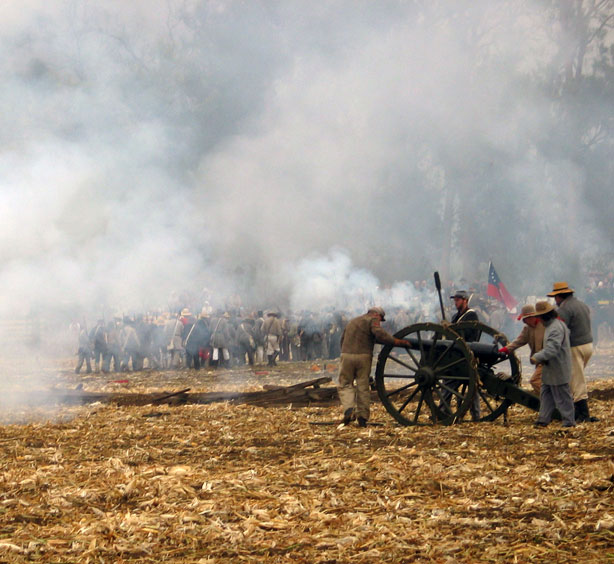 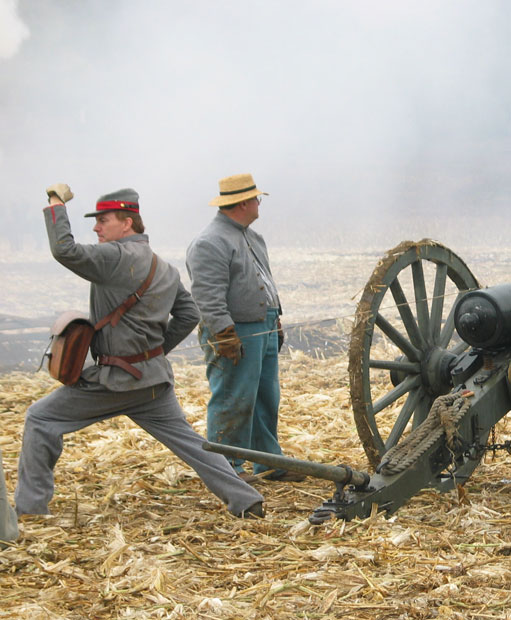 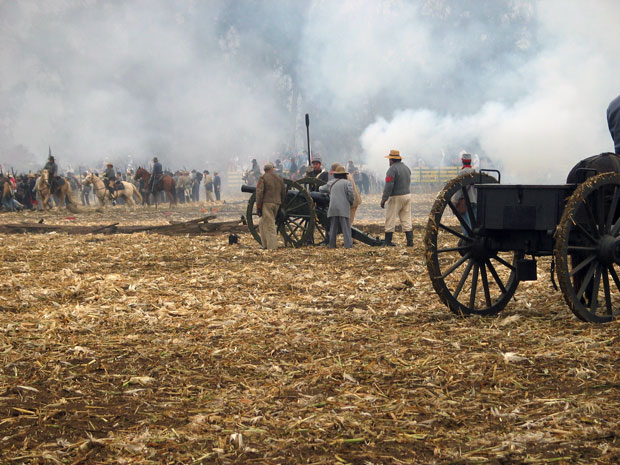 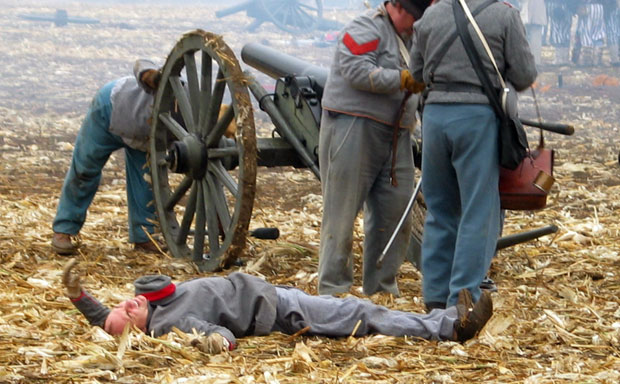 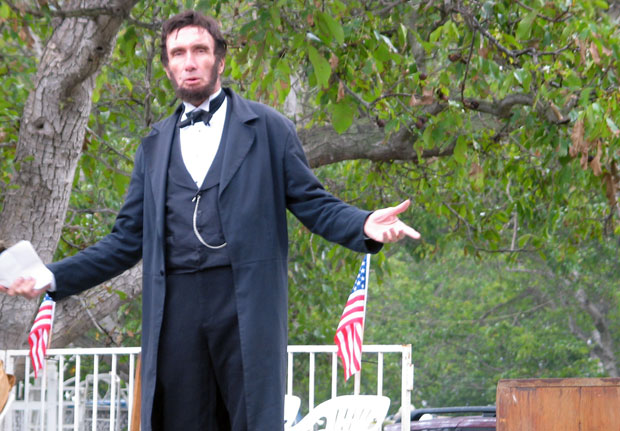 Next year I hope to return for a full day. It was a place that prompted so many different emotions—there were smiles all around in the stores and food establishments, and it was great seeing the costumes, some of which took 25 hours to create. There was a sense of awe in just observing the incredible scenes before us. I think my jaw dropped just as much as the 10-year-old boy standing next to me.

But all the emotions and activities seemed to revolve around a fulcrum of solemn respect. To know that there were veterans out there on the field, and then think about the brave men and women on the front lines today...it really hit home.

When it came time for the Gettysburg Address, the audience stood in a hushed silence as the words enveloped us then dissipated into the woods. And one couldn't help but feel proud—of our country, of our servicemen and women, and of our veterans.


"But, in a larger sense, we can not dedicate—we can not consecrate—we can not hallow—this ground. The brave men, living and dead, who struggled here, have consecrated it, far above our poor power to add or detract." —From the Gettysburg Address

Photos by Michele Reverte for LAist