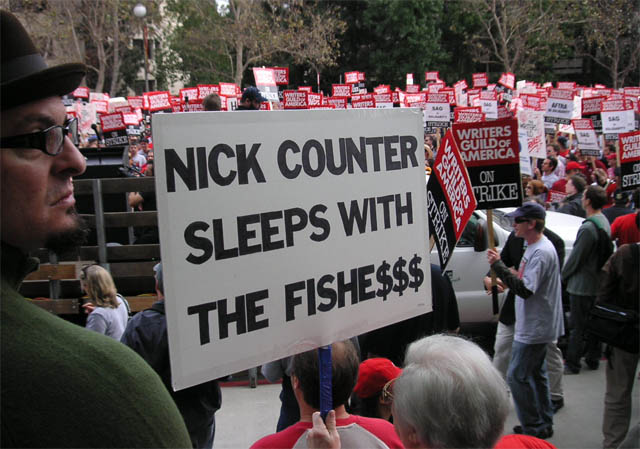 Some of the fellas from Rage Against the Machine showed up and played, Jesse Jackson pressed the flesh, and Tom Arnold heard there would be free food so he came too.

Of course your pals LAist were there, so expect more team coverage from insiders, actual striking writers, and our killer photographers.

After the jump some more photos of the celebs and guitar heroes who attended today's rally, snapped by an unidentified industry employee who graciously emailed the pics to LAist.

If you have pics that you'd like us to see, upload them onto flickr and tag them "laist". 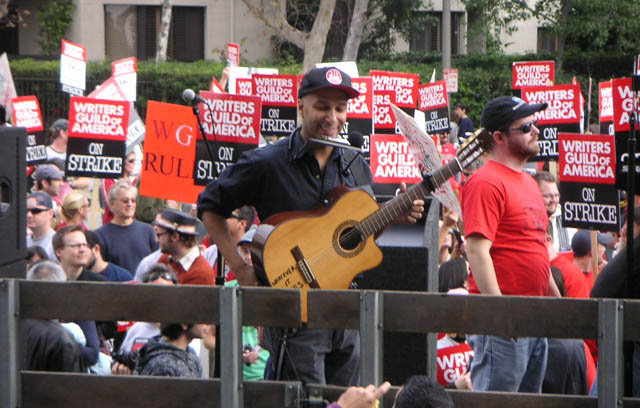 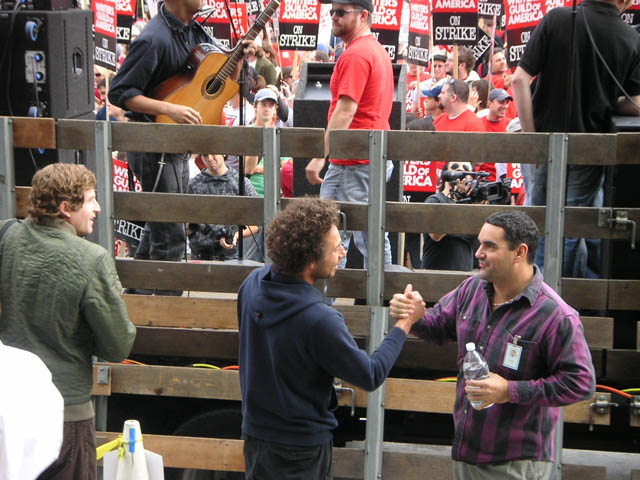 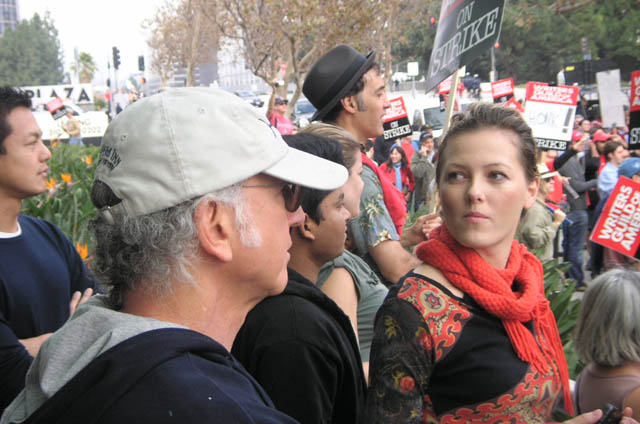 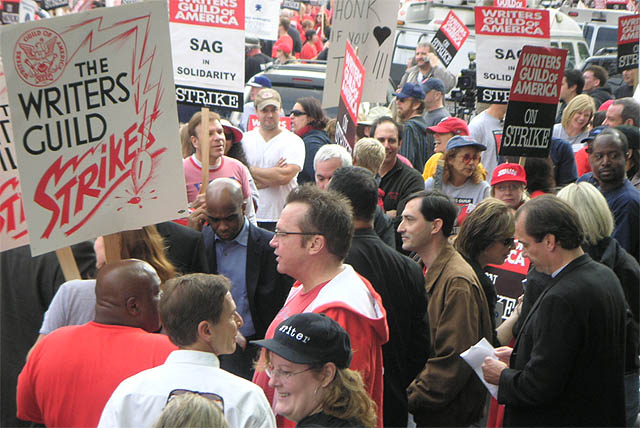 tom arnold jokes are so easy at this point, arent they? 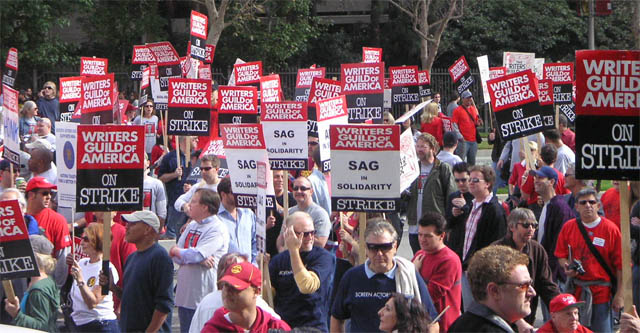 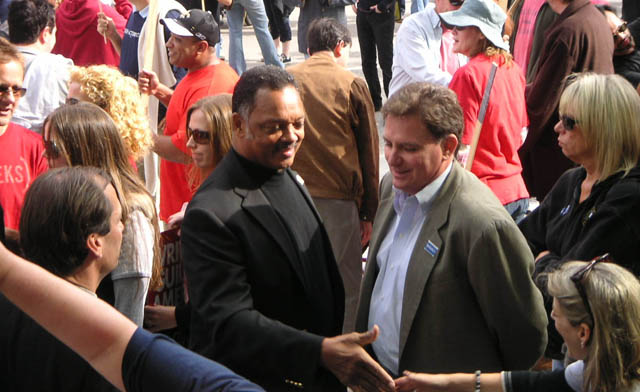 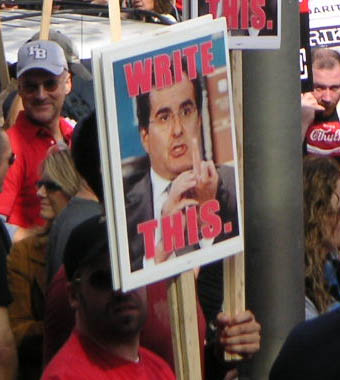 all photos by Anonymous, used with permission