Around the LA Blogosphere 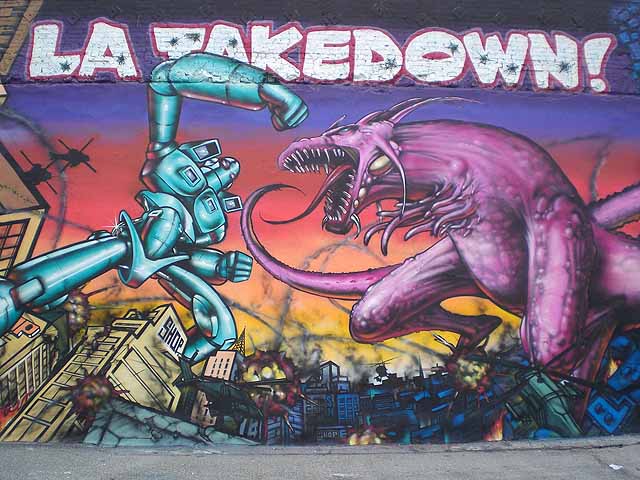 Franklin Ave: photos of striking writers from Lost, Family Guy, Chuck and other shows
LA Observed: Daily News gives cartoonist a blog
FishbowlLA: Luke Ford is being asked to delete a blog post because it ranks high on Google. Why isn't Google being bothered?
TMZ: Of the things the lawyers of Shaq's ex-wife wants the former Laker great to produce are "all reports, cancelled checks, or any other evidence of payments related to expenses paid on behalf or for the benefit of the children from January 1, 2005 through present. These include but are not limited to: Babysitting, school tuition, after school activities, lunch money..." Who keeps track of or has any "evidence" of giving ones kids lunch money? And if your dad is keeping track, does that mean he's preparing for a divorce?
EaterLA: NY pizza joint to open in Santa Monica on Saturday
CurbedLA: Wilshire/LaBrea project looks sorta sweet.
Defamer: Another reason LA is better than FLA? Guess where Mickey Roarke got busted while riding a Vespa?
OpinionLA: Oprah caught selling a book written by a former KKK fella. Maybe she should ixnay on the book ellingsay?
Emerald City: The how-to-be-green-for-dummies hit Greenopia is coming out with a new edition in a few weeks so don't panic that the first edition sold out.