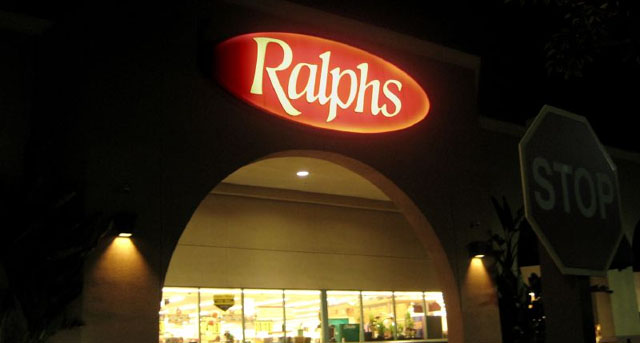 Before the Kroger corporation absorbed the grocery chain, making it just a small portion of the empire that also includes Cala Foods, Food 4 Less, and Foods Co., among others, Ralphs was owned by a local named George.

George Albert Ralphs had been a bricklayer, but a hunting injury forced him into being an apprentice in the grocery biz. Two years into it he founded the now legendary grocery chain in downtown LA with his brother Walter at the corner of Sixth and Spring in 1873. Over the years Ralphs grew and eventually merged with other grocery chains like The Boys and Alpha Beta, and later it bought Albertson's and the Lucky chain.

This summer the grocer came full circle when it returned to downtown LA with a shiny new store in South Park as part of the downtown makeover, but never during its long run has Ralphs ever had an apostrophe.