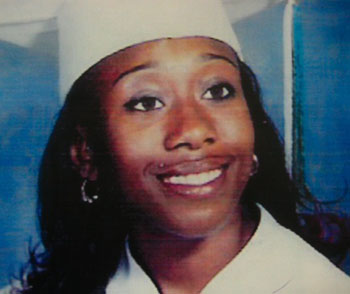 I read the LA Times Homidicide Report by Jill Leovy every morning. When I read on Tuesday morning that there was a 30-woman tussle on the corner of West Slauson and South Western Monday afternoon, I was surprised. When I learned that a woman drove her car into the crowd of fighting women, killing a 22-year-old pregnant woman, I was stunned. But there was more: 200 onlookers stood by and watched while this happened. 200 people watched a woman drive her car into a crowd, hit a pregnant woman, drag her down the street, and then backup and reverse the car over her fallen body again. They watched and did nothing.

Yet, I also watched and did nothing. I didn't write about it. I didn't cover it. Why? I assumed someone else would. Guess what? Very few media outlets have covered it at all. As Tuesday passed and Wedensday passed, I thought repeatedly of these women, of this indicent. I looked for coverage in all the usual places and the not-so-usual places. I then got busy with my own life, my own things, leaving the matter of this violent crime - and the many questions it raises, like, what the hell? - to someone else. Well shame on me. Shame on all of us.

Not easy questions to answer or even examine as we rush about LA living our busy lives, but something to think about, to talk about amongst ourselves. If we don't, who will?