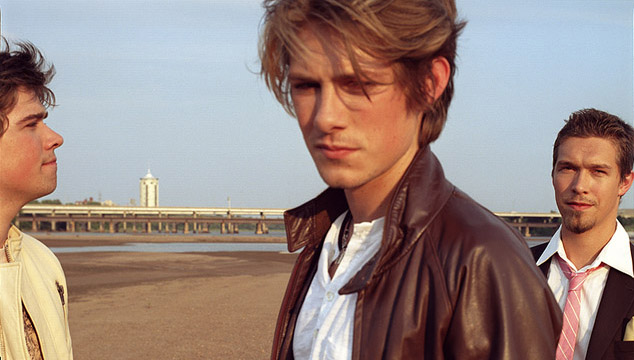 Attempting to pull sticky, er, bubble gum out of your hair was as vain as trying to banish Hanson's "MmmBop" from your brain ten years ago. A decade ago, that was your little sister's Hanson. Fast forward to 2007 and you've got three grown men who have purposely done nothing to shed their image of the past but have somehow emerged as a band for today.

Unlike comparable, so-called boy bands, the Tulsa, Oklahoma-based trio have built on and held fast to the harmony that is unmistakably theirs. Perhaps this cosmic connection only happens when you keep music-making all in the family. The little known truth about Zac, Taylor and Isaac is that they are, and always have been, responsible for writing and performing their music. Their passion for what they do has only served them well, as they've evolved into what you could call a true, bona fide rock band.

Following their split with Island Records, Hanson are finally entirely helming their music and created 3CG Records, the indie label the boys run and have used as their venue to release their subsequent records. This July The Walk was released, an album recorded entirely off-the-floor, featuring tracks inspired by humanitarian work the brothers have been doing in South Africa with pediatric AIDS patients.

Tonight the brothers come to the Avalon after playing intimate shows this summer at the Hotel Cafe (see video after the jump) before they played the equally cozy Viper Room. Clearly intent on showing people face-to-face that they're talented artists first, and easy-on-the-eyes second, those smaller shows became quick sell-outs and incredibly memorable to those who get in. Recently we were lucky enough to exchange emails with Taylor Hanson who was more than happy to discuss image, the future, and even Howard Stern.

LAist: Would you say that you still fight to dispel stigmas that Hanson was labeled with in the group's earlier days?

Taylor Hanson: We named our new album The Walk for many reasons. The message behind that song which is all about the choices we make in life, and the battle to conquer our own fears, but also it is a statement about this band, and the approach we have taken with our career. The Walk, that is what we have been doing for the last Ten years. We are simply putting one foot in front of the other. We are not fighting or running or hiding from or with anything. We do our best to let our passion lead our music, and let any stigmas deal with themselves.

You guys were interviewed by Howard Stern not long ago and Jimmy Kimmel was there sitting in, and he asked you soooo many very personal and sexual questions. Was that terribly embarrassing to you? Was that the hardest interview you have had to go through, or was it easy?

The thing about going on Howard Stern is if you can start by showing people why and how you make music, the rest is all unimportant. Yes there were some questions that were a little below the belt, in every sense, but you know that is coming no matter who you are, after all it's Howard Stern. 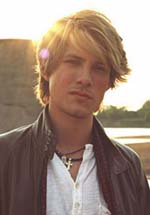 Almost exactly two years ago The Village Voice named Hanson "secretly the finest straight up rock band in America". How do you feel about a compliment like that?

That is a great compliment, and one that we do not hold too tightly, I hope we are able to live up to it. You are never making music for the critics but it is always nice when someone steps out and says something that complimentary and bold - no complaints here.

The Walk is full of encouraging and inspiring songs. Has there been anything significant that any of you have experienced to inspire this new material?

I think The Walk is an album about succeeding even when faced with great challenges. In a lot of ways that message is one that rings through from our decision to start our own label 4 years ago, or the way we have always looked at what it takes to be a band that
will last. Our trip to Africa in the middle of making The Walk was a big influence on the album. The children's choirs that we recorded there, or the sounds of the street noise that goes throughout the album are a reflection of that experience, and that trip also effected the
songs we chose to put on the album. "Great Divide", "Something Going Round", "Tearing it Down", "Fire on the Mountain" - there is a theme of boldly facing great challenges.

Pretend for a minute that you never had the gift to make music, what do you think you be doing instead?

I think we know we would all be such different people, that's impossible to answer. 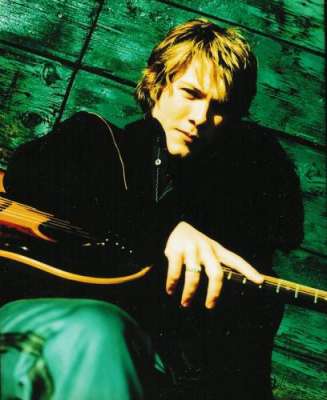 Taylor, you have been quoted as saying that Hanson is trying to inspire people to make a difference in simple, tangible ways regarding the poverty and AIDS crises in Africa. Why this particular cause?

Africa and AIDS are not really a cause we chose. We all feel that it chose us. It is one of the most devastating issues the world has ever faced, and those in Africa do not have the tools to break the cycle of poverty, disease and lack of education that is on track to leave 25 million African children orphaned by 2010. We were inspired to go to Africa by a few friends in our home town of Tulsa, OK - an average American city that is actually at the top of the list for AIDS cases in America - who decided to donate a medical technology to an AIDS research and treatment hospital in South Africa. They were putting what they had to good use, without asking for anything in return. As we learned more about the issues in Africa with AIDS and Poverty, we knew we needed to see if first-hand.

Our time in Africa was life-changing, it showed the devastation that continent is facing and still there is hope in the eyes of so many doctors, and those suffering from disease and poverty. Once we left we knew that we needed to begin using whatever tools we have to effect change. Our goal is to focus on the issues in Africa from the point of view of real tangible action, because we for the first time in history can make an impact by going directly to the problem - to the doctors, to the orphanages, to those providing care and goods and if we can face an issue as massive as the death sentence facing Africa we might be able to galvanize our own inner greatness and begin to face issues here in our own backyard.

Lastly, after The Walk Tour wraps up, what's next up for the three of you?

The Walk tour will take a pause for the holidays, but we have much more Walking to do, the tour will continue throughout the world and North America starting early '08.

Hanson plays Tonight at the Avalon on Vine in Hollywood