Torre-Watch Over: Joe Torre is Hired 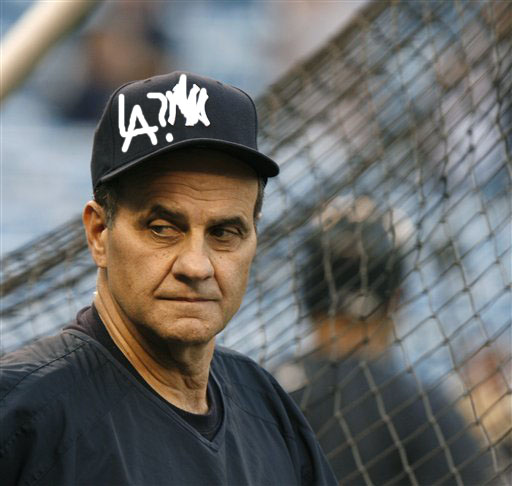 It took a couple of days, but it's official: Joe Torre is the new Dodger manager.

The Dodgers and Torre have agreed to a three-year, $12 million contract. Torre was also negotiating to bring in bench coach Don Mattingly and third-base coach Larry Bowa which lengthened the negotiation time. Other coaches rumored to brought over are Jose Cardenal and Lee Mazzilli.

The Dodgers were granted an exemption by commissioner Bud Selig from interviewing minority candidates. Selig's approval were reported based on two factors: that the Dodgers already have minorities with high rank in the front office (Kim Ng , De Jon Watson and Jamie McCourt) and the inevitability of the Dodgers hiring Torre.

So that's it! I have a lot to say about this, but I'll do that later. I'm still hungover from last night. Oof.