The Red Sox has permeated nearly every facet of Bostonist's lives. When they're not live-blogging the games, waxing poetic about the games, thanking Curt Schilling for his splendid work, or telling Dane Cook to watch his hair, they're watching certain presidential candidates hop on the Red Sox bandwagon (sorry, Gothamist). The Sox are so branded on the local brain that people are using the Series to spice up their sex lives. Speaking of spice, Bostonist is really sick of that taco promo. And, while they're proud of John Williams, Bostonist is still trying to figure out Williams' "Very Special Arrangement" of the "Star Spangled Banner."

Londonist, celebrating their third birthday, watched as their city turned a little more American. The Miami Dolphins and New York Giants were in town, with some very big cheerleaders. US-style litigation hit the headlines, as Elvis and the Beatles fought it out in court. The London skyline will soon be supersized, and talk of hotdogs caused a storm of criticism. Hell, London is even funding the US presidential elections. Londonist turned to the church for sanctuary, but got stuck in a belfry and covered in pigeon shit. 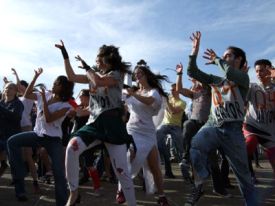 SFist watched local politics get even cattier. At the Harvey Milk LGBT Democratic Club, a meeting between Senator Carole Migden and candidate Mark Leno, and their hotheaded supporters, got a bit bumpy. Meanwhile at City Hall, President of the Board of Supervisors Aaron Peskin tried to bump off the Environmental Department for personal reasons. This weekend SFist saw a death-match collision between "Thriller" dancers, trying to break some sort of world record, and antiwar/peace protesters, trying to bring our troops home via a staged die-in, or something like that. We developed a crush on a mayoral candidate, while incumbent Mayor Gavin Newsom revoked an honorable proclamation for Snoop Dogg and Exotic Erotic Ball founder, Perry Mann. And the Golden Gate Bridge won't see intrusive advertising, or its much-needed revenue, anytime soon.

Phillyist responded to Travel and Leisure's assertion that they live amongst the ugliest people in the nation and remain utterly disappointed in the Eagles. All in all, it left them in the same mood as their weather. 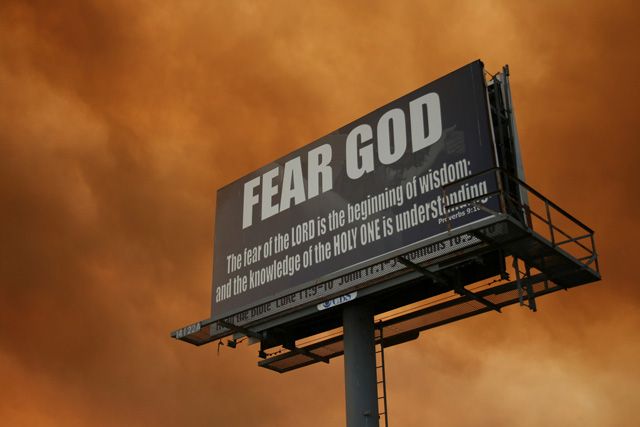 The country focused in on the LAist's backyard this week. Unfortunately, it was all on fire (amazing photos here). There are many touching stories surrounding the wildfires and one of the most interesting media twists was when reporter Larry Himmel reported from in front of his house while it burnt down behind him. Then President Bush came four days into the declared emergency, hugged white people and left after four hours. In other political fun, Ann Coulter visited USC with her words of wisdom, Bill Maher ejected 9/11 truthers from the live audience and Jacob Soboroff, the executive director of the non-partisan election reform group, Why Tuesday?, explained just that and more. Other interviews from this week included Charlie Day of "It's Always Sunny In Philadelphia," LA author Mark Z. Danielewski, and veteran pumpkin carver, Jim Olson.

Over at DCist, people weren't too impressed with a magician who appeared to be levitating in front of the White House, but they had stronger feelings about the possible demise of staff-led tours of the U.S. Capitol building. Everyone seemed to take a bar getting an exemption to the smoking ban in stride, but no one was OK with the story of a gay couple being kicked out of a Rite Aid pharmacy for hugging.

But what about the other -ists, you ask? Well, check out this week's favorites on Austinist, Chicagoist, Gothamist, Houstonist, Sampaist, Seattlest, Shanghaiist, and Torontoist.