by Elise Thompson in Arts & EntertainmentMiscellaneousNews on October 22, 2007 12:00 AM
Tweet 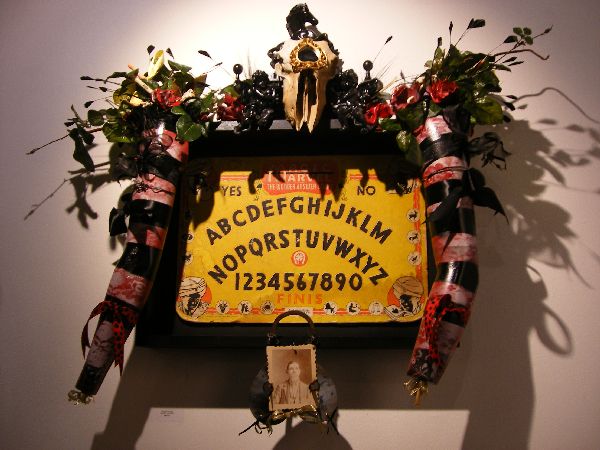 Saturday night the Copro Nason gallery hosted the Talking Board exhibit (more popularly known as Ouija boards - how do I do the little TM trademark symbol on this keyboard?). The show was held in Bergamot Station, a really cool grouping of galleries in Santa Monica, known for great art spaces (and great parties). The talking boards were unbelievable, even down to the creative pointers, which ran the gamut from a crow skull to a bloodied knife. I wanted to buy every single talking board there.

There were a few other ongoing exhibits in the space; Monster Ballads by Isabel Samores, which depicted various religious scenes using movie monsters, and Pooch and NXO - I especially liked these works, which reminded me of Mad magazine and Big Daddy Roth.

Everyone had on creative costumes, and was really friendly. I had forgotten how much fun art openings can be when the pedantic snob factor is absent. I was having so much fun gabbing and snapping pics, I didn't get anyone's names. Or the names of the works of art. Or anything. I was having too much fun. If you are interested in any of the artworks, contact Copro Nason Gallery. For original works, they are really affordable. Dang my mortgage!

I met a really amazing photographer, Mark Weston, who has given me permission to use his Ghastly Ones photos since I arrived a little late. That post is coming up next. 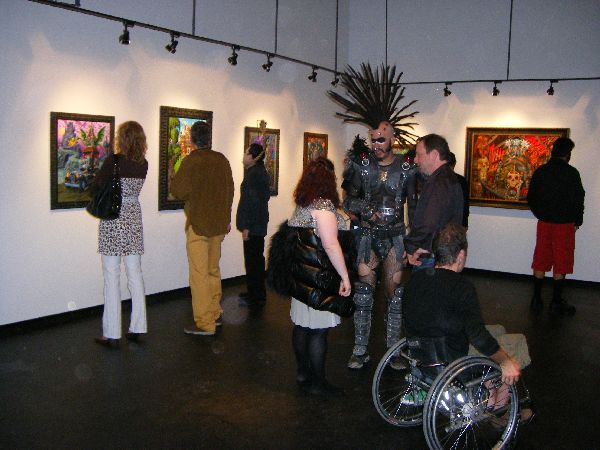 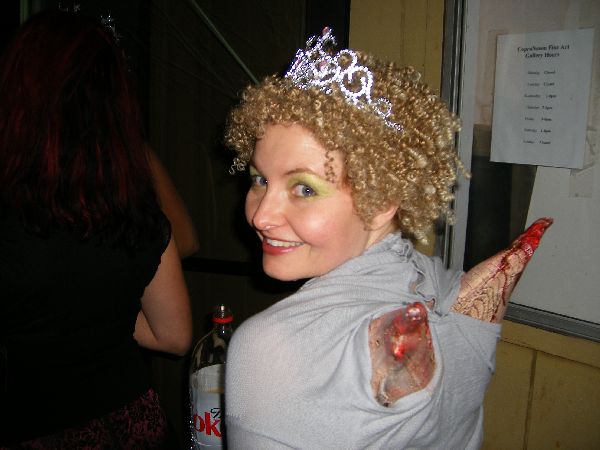 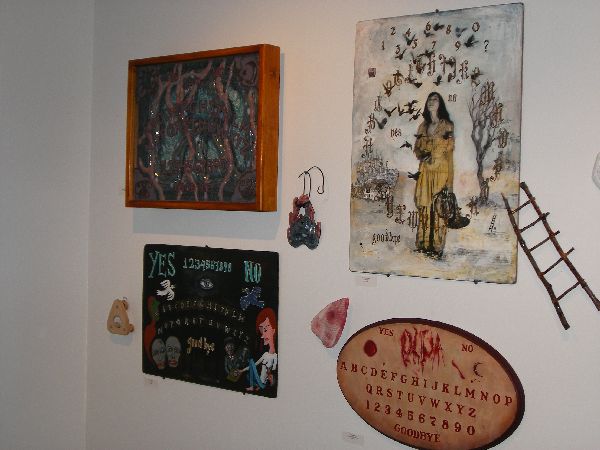 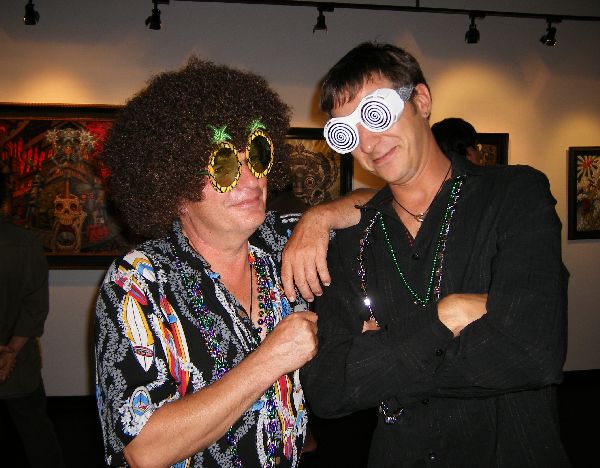 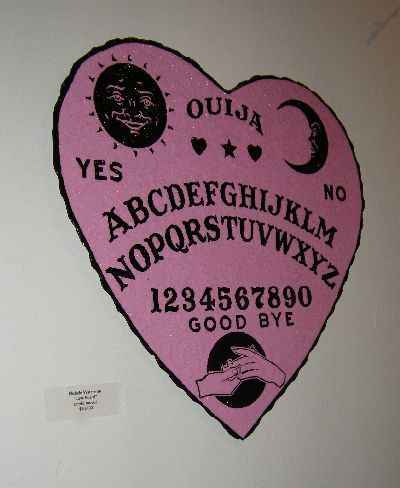 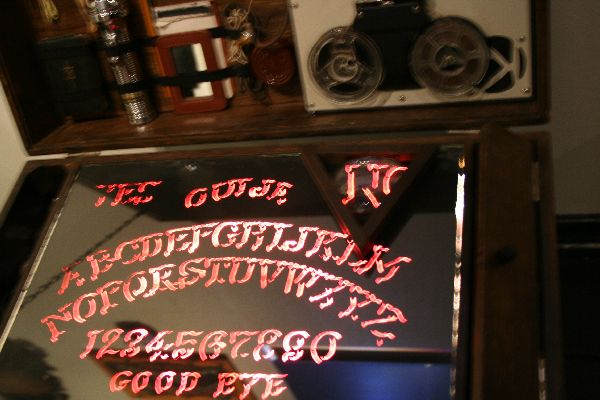 This is the creator of the Ghost Hunter Kit seen above. he had a fasciniating story as to its origins that was kind of a cross between Hans Holzer and Scooby Doo. His work sold quickly. 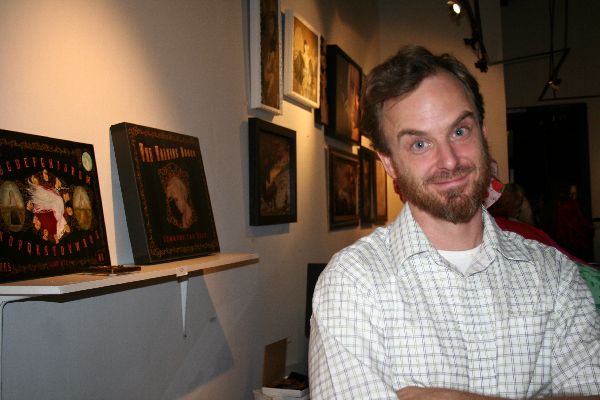 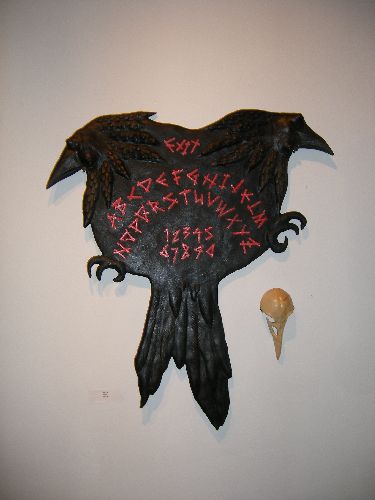 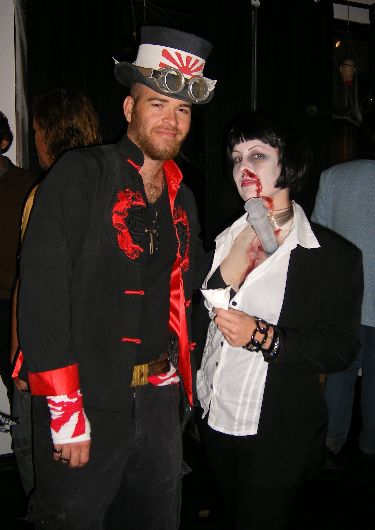 Do you know how hard it is to photograph a hologram? Physics! Hmphh! 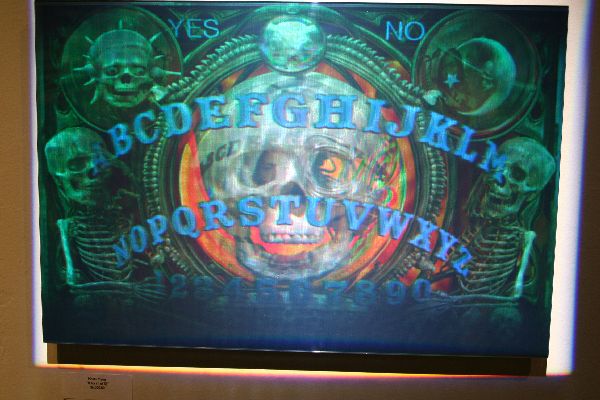 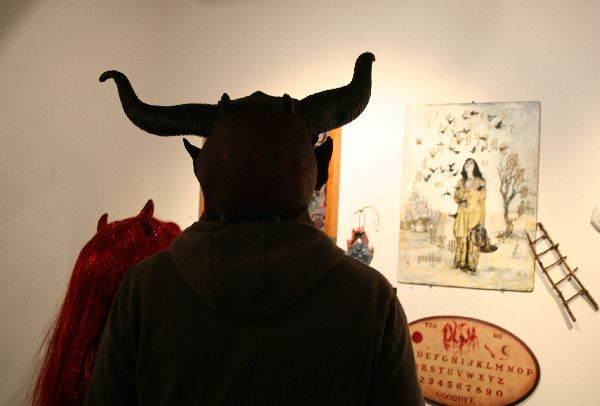 This one was very popular. It is probably the one I would have bought, were I a wealthy art collector. 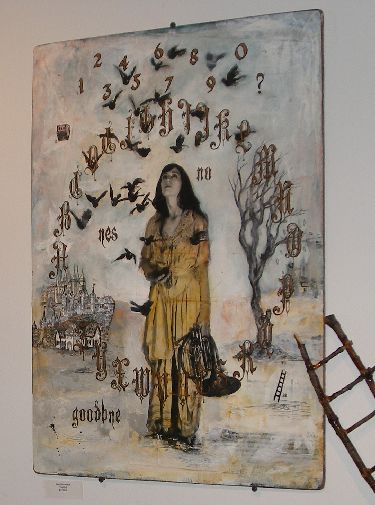 I love how the lady in black is just barely seen on the edge. If this were a film noir, she is probably the key to the entire mystery, but is overlooked until it is too late 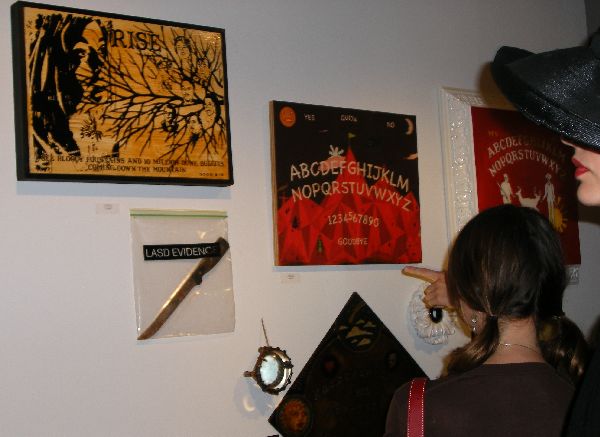 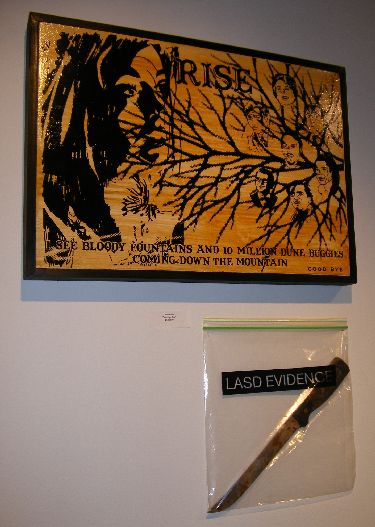 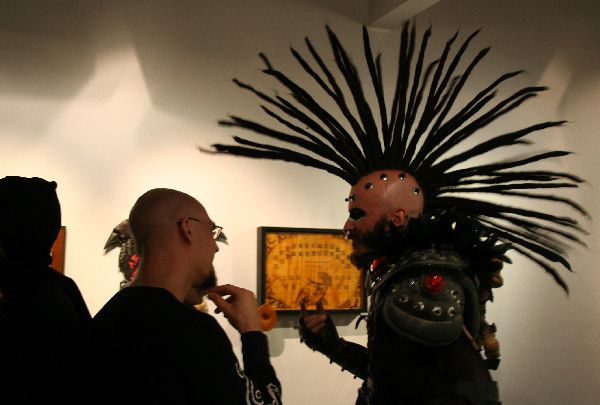 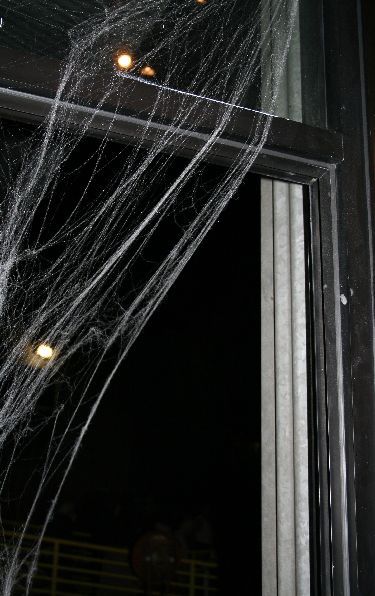 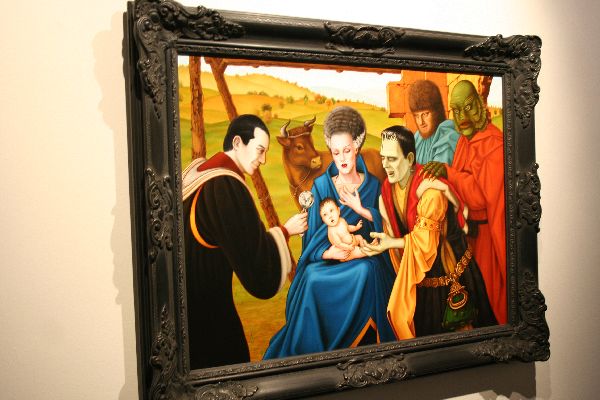 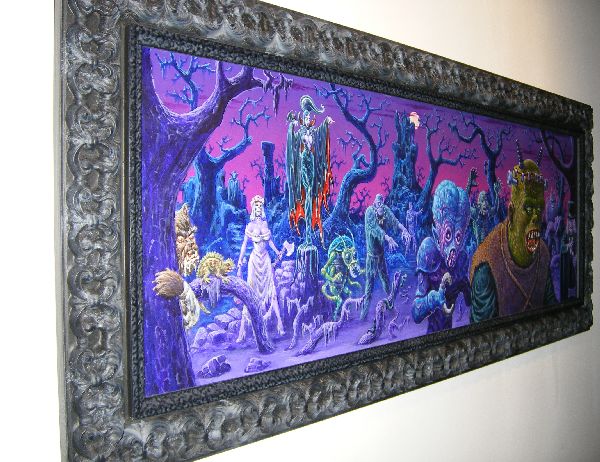 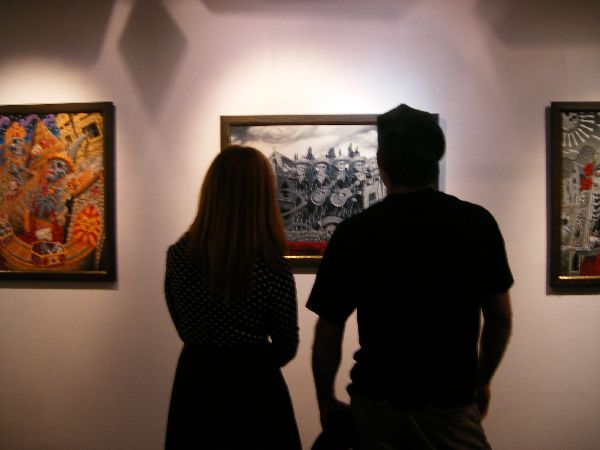 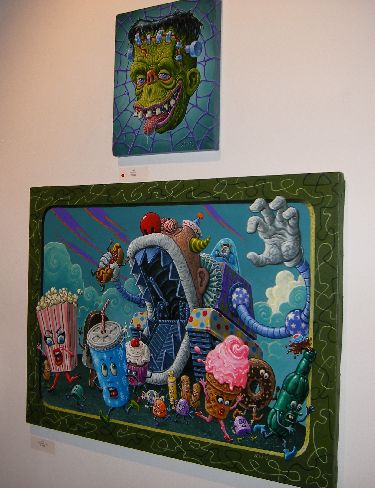 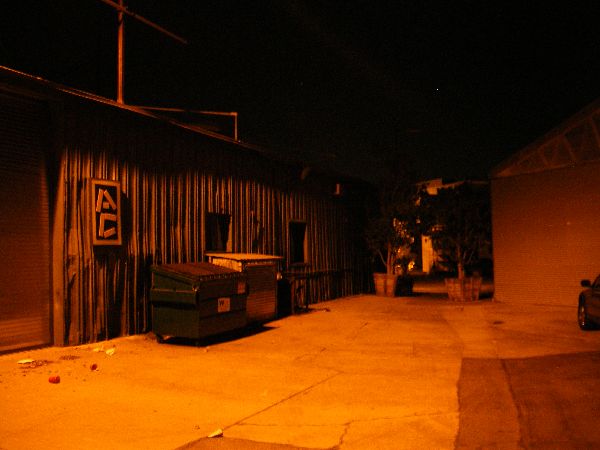