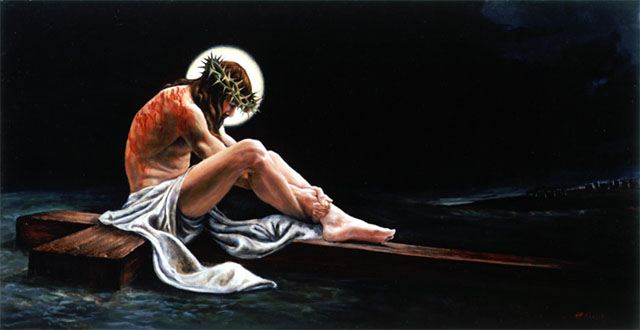 The Associated Press busted a big story today. In order to see if Comcast was indeed interfering with filesharing, the AP tested a big file on the Internet via the popular filesharing software BitTorrent, a digital copy of the most famous text in the world - the Holy Bible.

Despite the fact that Comcast swears they don't cockblock web access, the AP found that two out of three times, the transfer was interfered by the giant cable and Internet company.

An AP reporter attempted to download, using file-sharing program BitTorrent, a copy of the King James Bible from two computers in the Philadelphia and San Francisco areas, both of which were connected to the Internet through Comcast cable modems.

We picked the Bible for the test because it's not protected by copyright and the file is a convenient size.

In two out of three tries, the transfer was blocked. In the third, the transfer started only after a 10-minute delay. When we tried to upload files that were in demand by a wider number of BitTorrent users, those connections were also blocked. - AP

Just another reason to go DSL and get a satellite dish. However when you do switch over to DSL make sure the company you sign up with doesn't help the government spy on you, it all makes the baby Jesus cry.