Steve-O Gets PETA OK to get naked despite "Wildboyz" 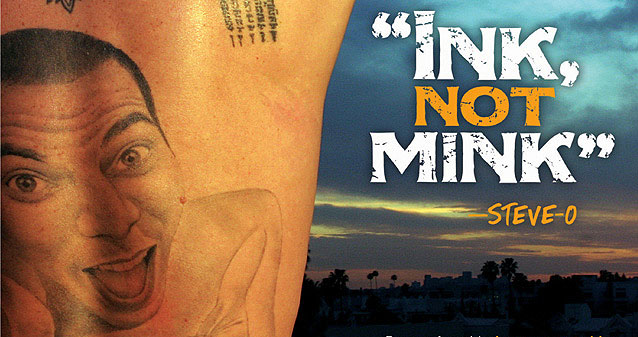 We get a lot of press releases. The other day we got one from PETA announcing that they have Steve-O running around naked for them. We were all, yeah that's cool, but who hasn't seen Steve-O naked?

Then we thought - wait a damn minute. How is PETA cool with Steve-O after four or five seasons of him and Chris Pontius fucking with any sort of animal they could find? We hear all these tales of PETA messing with movie sets so as to protect animals from the slightest things, how could the same group be ok with a guy who put snakes down his pants?

So we wrote to Jack Shepard at PETA and after the jump you can see our discussion and the full blown uncensored naked Steve O anti-fur PETA ad.

Jack wrote us to tell us about Steve-O's participation in a new anti-fur campaign, which was fine. He led us to the PETA blog where we just happened to read a comment that got us thinking. After we thought a little, we wrote to Jack with our question, and whaddya know, he wrote us back.

it looks good, and i saw this comment in the blog

It's great that Steve-O did this PSA, but I recently watched Jack-Ass 2 and many of the stunts involved animal abuse, which I found disturbing and disappointing. I hope he'll reconsider using animals in future stunts, now that he's publicly stated that he's against animal abuse.
Posted by: AndyJ | October 16, 2007 12:20 PM

and it reminded me, didn't i see Steve-O wrestling alligators on mtv?

i love the guy, but unless he has changed his stance on the treatment of animals for the purposes of his own television gain, why should we believe that he isn't doing this for some similar type of personal gain?

To which he responded thusly...

Thanks for your response – it’s a good point. Here’s a bit more info about how this came about: Steve-O approached us a year or so ago because he had heard of our campaign against the Ringling Bros. Circus and had witnessed animal abuse himself during his stint as a clown for the circus. In the course of discussing what he witnessed, Steve-O made it clear that he has never intended to cause any animals harm and that he regrets doing stunts that were perceived as cruel or that caused animals discomfort. And of course, working with Steve-O has given us the opportunity to talk him about this and a bunch of other issues—which would never have been possible if we’d rejected his offer to help on the grounds that he’s done regrettable things in the past. Steve-O’s anti-fur ad is his latest effort to help PETA spread the word about cruelty to animals. This is something that he’s genuinely passionate about, and he’s made a lot of changes in his own life as a direct result of his work to become more involved in animal protection. 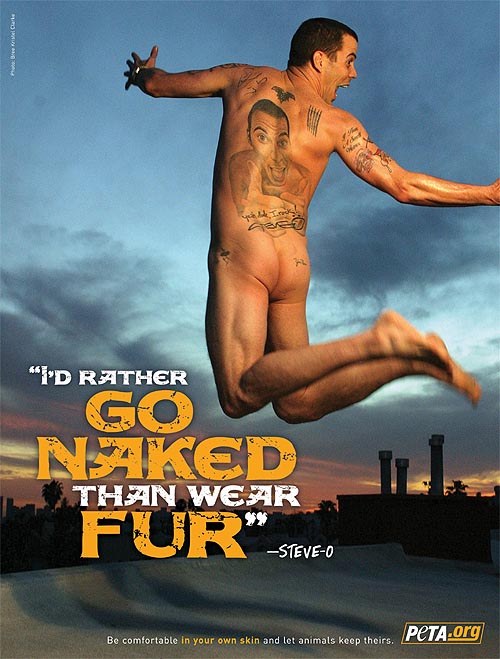