The Kids Aren't All Right 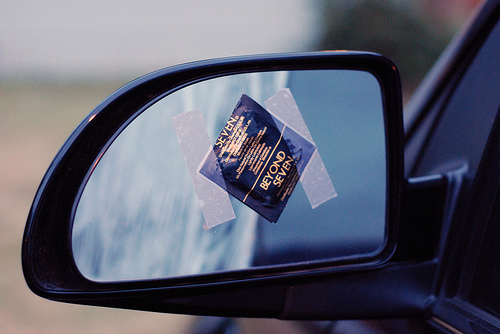 Doomed to repeat - if not exceed - the failures of their previous generations, the youth of today are spreading sexually transmitted diseases at an alarming rate, the LA Times reported yesterday.

In fact the next time a college girl giggles when, in the heat of the moment, you pull her hair and call her a dirty dirty girl - the joke might be on you, holmes.

About 1 million Californians between the ages of 15 and 24 had an STD in 2005, LA county researchers said, summarizing what they have learned from a new study. Los Angeles county had the largest number of new infections with 361,876. San Diego County had 85,523, San Bernardino had 75,606 and Orange County had 53,566, the Times said. The cost of treating that many new infections is about $1 billion.

"We were expecting high numbers . . . even to us," said epidemiologist Petra Jerman of the Public Health Institute in Oakland, who led the new study reported in the California Journal of Health Promotion. "It is clear we are living in the dark about how common STDs are and how many kids acquire them in a given year."

The report also highlights the large number of new cases of chlamydia and gonorrhea — which are associated with HIV and are considered to be among the most serious STDs — among people age 15 to 24, said Dr. Jonathan Fielding, director of the Los Angeles County Department of Public Health.

"It's really disturbing that we have not been able to make more progress with that," he said. "We don't have young people using protection when they are having sex." - LA Times

Here at LAist we know that some of our readers are between the ages of 15 and 24, if not younger.

So here are some tips from us to you, since we're much much older, and you don't want to make the mistakes that we, uh, have heard about.

By "we" I mean me, this is my advice for young people who participate in sex.

Use a condom every time you have sex. Even if you love the person. Even if they're hot or cute or claim to be a virgin.

If someone complains that the sex is no good with the condom, either you two are doing it wrong or you two aren't meant for each other.

Also realize that people have been known to lie about things, particularly when it comes to sexual practices and partners. And believe it or not but some people might be embarrassed by their sexual history and condition - likewise some might be ignorant to it. Get tested frequently and require your partners to do the same.

Yes you can trust your sweetie, but unless you've exchanged vows, learn how to rock the condom. Every time. Practice makes perfect and this should be something that's fun to practice.

Some may huff and puff but if you hold your ground they will respect you for being clean and safe and smart and want to bone you that much more. If not they're dumbshits and you should really reconsider why you want them on top of you.