by Tony Pierce in Arts & EntertainmentMiscellaneousNews on October 11, 2007 12:00 AM
Tweet 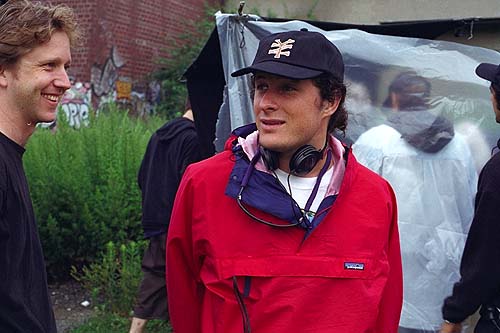 Ten years ago Long Beach native Morgan J. Freeman was minding his own business in film school back east. Doing what everyone else in his class did, he submitted his thesis film "Hurricane Streets" to Sundance for competition. Not only was it accepted - alongside the "real" movies - but it won three awards at the festivall: Morgan won best director, the cinematographer won for best cinematography, and the film got the audience award for best dramatic film.

Tonight IFC premieres "Hurricane Streets" at 7:45pm, and since I went to college with Morgan back in the day, I emailed him some questions whaddya know he emailed back answers. He also emailed some stills from his latest film "Just Like The Son" that re-unites Freeman with Brendan Sexton III, and Hurricane producer Gill Holland. 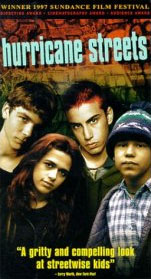 LAist: "Hurricane Streets" is hitting its 10 year anniversary. Is that why the Independent Film Channel is premiering it tonight or was it a happy accident?

Morgan J. Freeman: I have no idea. Either way, I'm stoked to see my first born is playing in the streets again. Especially because the distributor, MGM/UA, has not released the film on DVD yet so it's not readily available for most homes anymore. The film is only available on VHS. I'm hopeful they'll release it soon.

This was your first feature after grad school or did you do this while at NYU?

I made it as my thesis film. We were instructed not to make features as our thesis, but I'd been watching a lot of anti-hero films like "Easy Rider" and "Bonnie and Clyde", so I decided to go against the norm. I kid, sort of... the project just fell together in a way I couldn't deny.

You grew up in Long Beach and got your undergrad degree at UC Santa Barbara. Was it difficult for you to place these kids in the NYC setting that is pretty different than the environment that you knew best?

No. I took the characters from my Long Beach teen years and transplanted them into my current NYC East Village neighborhood. Nearly all the locations in the film were places I frequented. Lucy's bar was my local watering hole. Marcus' apartment was my apartment. His roof was my roof. The school was on my corner, etc. But the coming-of-age themes were lifted from the west coast. 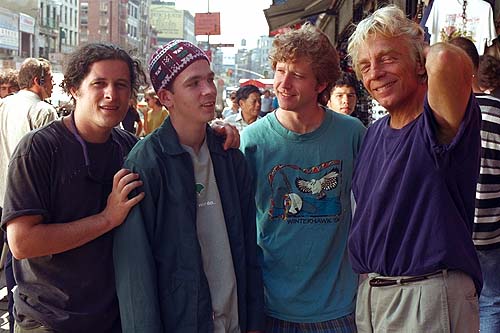 What made you decide that it should be entered into Sundance?

It was just what we did. Every film student submitted to Sundance. Mostly shorts at that time. Two of my shorts had been rejected prior to submitting "Hurricane". The day we were accepted stands out as one of my fondest memories!

When you won at Sundance were all doors opened to you because in "Desert Blue" your follow up to "Hurricane Streets" had Brendan return, but you also were able to cast Christina Ricci, a very young Kate Hudson, as well as everyones fave, Sara Gilbert? Did anyone say no to you after the success of "Hurricane Streets" at Sundance?

It was a strange period. Many new doors opened and suddenly I'm sitting in all these rooms with people who want to work with me. It was hard to keep my focus on what was real, what was the truth.

You were 2nd AD on "Welcome to the Dollhouse", what did you learn on that set that you used on "Hurricane Streets"?

Everything. I learned how the low-budget indie machine operated. I figured out how much money I'd need, how many days I'd need to shoot, how many crew members I'd need. I modeled "Hurricane" entirely around my experience on "Dollhouse." I even met Brendan Sexton III on that film...

Wasn't "Hurricane Streets" Adrian Grenier's first feature? Therefore doesn't he owe you a giant favor, like maybe starring in your next film?

Ha! Yes, I believe it was his first feature role. He gave such a great audition. We all knew he was going to be a star! He doesn't owe me any favors. I don't see it that way. 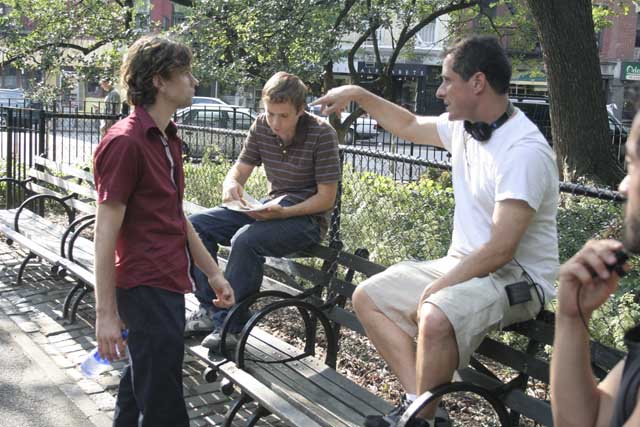 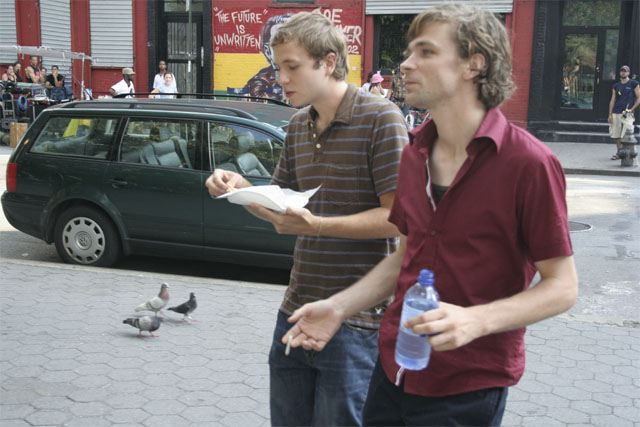 Why were you forced to change the name from "Hurricane" to "Hurricane Streets"?

We had to add "Streets" because the rights to "The Hurricane" were already owned by the studio behind the Denzel Washington film. We couldn't clear "Hurricane." It was a sad day. I really liked the simplicity of the single word title. It was inspired by the Bob Dylan album Desire which I was listening to non-stop while I wrote. I liked the idea of a societal hurricane that throttles these kids lives.

Since your first two features you have continued to write and direct for both film and tv. It seems like many of the themes that you have dealt with revolve around the same center - independent young people trying to break through somehow. Would you say that growing up in the 80s with all the great brat pack films inspired this path?

Is there anything major about Hurricane Streets that you'd change now that you look back at it 10 years later?

I'll have to take a look at it tonight on IFC and let you know. My VCR has been broken for a while!

That is so weird. You'd think a film that won the audience award at Sundance, is about young people - typically the ideal target market for studios - and features Adrian in his first feature film, would have been on DVD a long time ago. Why do you think it's not on DVD yet?

I don't know. I've been reaching out to the distributor and am hopeful that it will be made available on DVD sometime within the next year. If not I fear the film will disappear with the VCR!!! 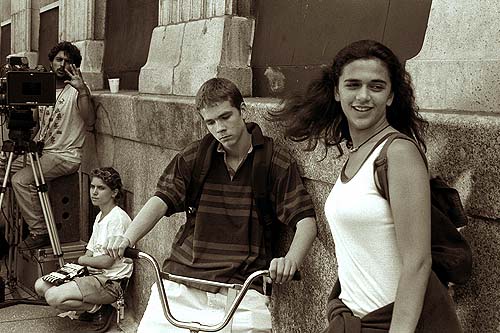