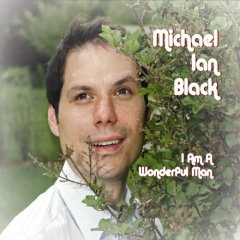 Michael kindly gave me a half hour of his time, which was spent with me saying "that's true" about 200 times, as well as about half the interview involving an in-depth analysis of Carrot Top's disturbing physique. We talked about some of Michael's own exceptional body of work: The State, Ed, Stella, as well a movie that Michael wrote and which has been the #1 comedy in the UK for several weeks: Run Fat Boy, Run.

Michael also reminisced about his contribution, via 'playing' the Pets.com sock puppet, to the destruction of the American economy. At one point Michael accused me of not preparing for the interview as well as not actually listening to the CD neither of which was true but I didn't do a very good job explaining myself. I tried to sidestep the issue by asking about Michael's childrens' book coming out next year (Michael is determined to steal childrens' book marketshare from Madonna) as well as a couple of new comedy series' he's developing, including one with frequent collaborator, Michael Showalter.

Michael was patient with me despite getting bored in the last 10 minutes of the interview (I promise to do better next time Michael!). As you'll hear, he's more than funny - it's a no brainer to go to his show at the Ivar, or if you can't make that, get his CD.

Listen to a podcast of the interview below as well as a track from his new album: I'm A Wonderful Man: