The DWP is Daring You to Stop It 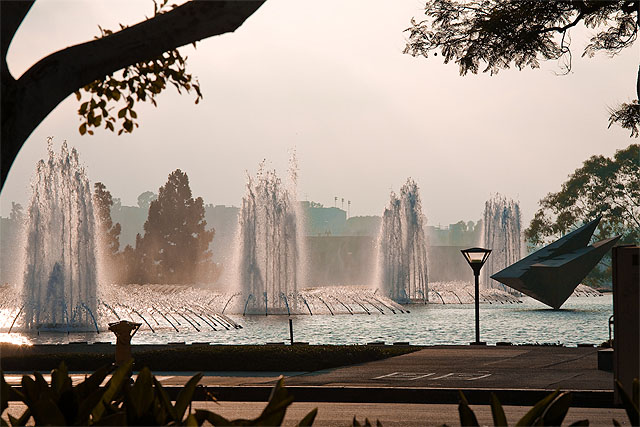 The LA Department of Water and Power seem to think that LA will just sit back and let them raise rates, hide money, and allow themselves to get rich.

In the last few weeks the public utility has been exposed for a few troubling trends and actions that we quietly await to see what Mayor Tony, and our other elected officials, will do about it.

On Sunday the LA Daily News discovered that over 1,100 employes at the DWP are paid over $100k:

As the Los Angeles Department of Water and Power seeks a hefty taxpayer rate hike, a Daily News review of salary data shows the average utility worker makes $76,949 a year - or nearly 20 percent more than the average civilian city worker.

DWP salaries are on average higher than city and far higher than private-sector workers' even as the utility has come under fire for recent power outages and another round of rate hikes: A 9percent, three-year electric-rate hike and a 6 percent, two-year water-rate hike.

Today the Daily News reports that in April the DWP sued you and I for the right to divert their $30 million in profits into the city general fund so that it could be used for non-DWP pockets.

It was intended as a pre-emptive strike to win a nearly decade-long battle over the legality of such transfers that in recent years have ranged from $100 million annually to twice that much.

Los Angeles officials sought to get the court to declare the transfer legal and allow them to proceed without the threat of a lawsuit, although a state Supreme Court ruling last year raised questions about the practice's constitutionality.

In July - just 18 days before the deadline for opposition - the Howard Jarvis Taxpayers Association and Apartment Association of Greater Los Angeles filed a response to the city's filing, and the case is pending. - Daily News

Should it really take the Howard Jarvis Taxpayers Association to have their shit together enough to stop the DWP from stealing millions of profits while asking (and getting) rate increases? We thank them for their effort, and for the Daily News' interest (and editorial yesterday calling BS) but isn't this why we elect public servants?