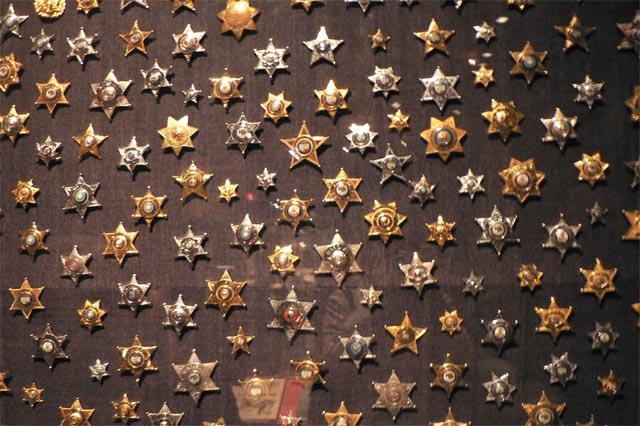 While you were minding your own business, Mel Gibson, the LA Sheriff's Department were making sport of their power - arresting people and messing with gang members - simply to rack up points during in-house games and contests.

One recent competition, described in an internal Sheriff's Department e-mail obtained by The Times, was called "Operation Any Booking." The object was to arrest as many people as possible within a specific 24-hour period.

Other one-day competitions have included "Operation Vehicle Impound," a contest aimed at seizing as many cars as possible. And another challenged deputies to see how many gang members and other suspected criminals could be stopped and questioned.

The prize for winning was nothing more than "bragging rights," said Lt. James Tatreau, who helped organize the events that involved teams of deputies patrolling the southeast Los Angeles cities of Lakewood, Bellflower, Paramount, Artesia and Hawaiian Gardens. The station is one of 23 that make up the nation's largest sheriff's department.

"It's just a friendly competition to have a little fun out here," Tatreau said. It was Tatreau who sent the e-mail about the booking contest Aug. 15. Tatreau said he viewed the games, which began in July, as a morale booster for overworked deputies who, because of staffing shortages, are required to work four overtime shifts a month. - LA Times

Far be it from us to criticize men and women who put themselves on the lines to protect us. But many, if not, most Los Angelenos work in situations that are full of pressure, understaffed, where the employees are overworked. None of those reasons would be accepted for any of us to DO THINGS TO fellow Los Angelenos so as to blow off steam.

For example, what sort of nefarious bragging rights do you want the overworked, underpaid employees of McDonald's to compete over?