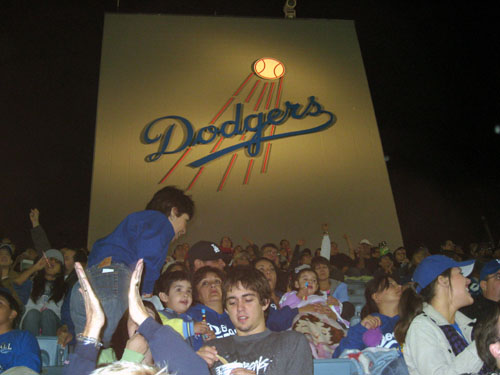 I hesitantly went to the Dodger game against the Giants this past Friday. The only reason I went was because it was a fundraiser for my friend’s school. Thankfully the Dodgers won the game 8-3 which is a better result than the last several games I attended. But if you want me to remember anything about the game you’ve got me. Sadly the only memorable thing was seeing that High School Musical actorhomo being mobbed.

As for the Dodger season, this season was quite memorable in the way it imploded. One of the common refrains I uttered was, “The Dodgers need to stop playing lethargically.” They never did stop, and sadly it caught up with them after the All Star Break.

As upsetting and disappointing as this season was given the expectations, at least they gave us fans the dignity of not having a seven game lead in the division on September 13 only to completely collapse and not make the postseason. To that I’m grateful. See? I’m trying to be optimistic!

In my last Dodger-related post I fervently said that Grady Little should be fired. I’m glad to see Dodger owner Frank McCourt doesn’t read my writing. No really. Because he is committed to sticking to this car wreck of a manager. He actually approves of these line-ups created after having one too many whisky-on-the-rocks.

Seeing as how that plan is wrecked, I really don’t see them making any move to get any free agents or any trades. There is that Johan Santana deal for Matt Kemp and Clayton Kershaw which I’m lukewarm to at best. But I really don’t think there will be an A-Rod. And although Brave’s centerfielder Andruw Jones would be appealing, there’s no way the Dodgers can move Slappy McPopup (better known as Juan Pierre).

But remember, the field level will get an expanded concourse so we can buy more shitty food and overpriced watered down beer! ¡Que maravilloso!

So what are the Dodgers going to do this offseason? I have no fucking clue. And unfortunately it’s this lack of direction that will have us waiting yet another 20 years for a whiff of World Series glory.

As for this season, the Dodgers MVP is clearly Russell Martin. Having started 142 games, the most in the Major Leagues and third most in Dodger history behind Mike Piazza in 1993 and 1995, he was the anchor for the pitchers. His OPS of .843 and 21 steals – the most steals for a Dodger catcher – certainly didn’t hurt what little offense the Dodgers had.

The Rookie of the Year would have to go to James Loney. After displacing the oft-injured Nomar Garciaparra at first base, he was the often the only consistent source of Dodger offense during the supposed postseason surge. He wound up with a .331 batting average and an OPS of an astounding .919. Defensively he showed a lot of promise at first base, but he’s young and will prove to be gold glove caliber in years to come. If anyone is untouchable, he is it aside from Martin.

The Dodger Cy Young would definitely have to go to Brad Penny. He seemed to be a very different pitcher from last year. He posted a career low 3.03 ERA and held opponents to a .260 batting average.

So that’s it for the Dodgers 2007 season. I’ll comment on anything that pops up throughout the offseason. Now I can concentrate solely on all things football.

And if I had a vote in the season ending awards, here would be my ballot:

Note: MVP award does not mean Most Valuable Player on a Playoff Team. Let’s not punish Ramirez for being on a horrible team. Remember Andre Dawson won the NL MVP in 1987 on a last place Cubs team. 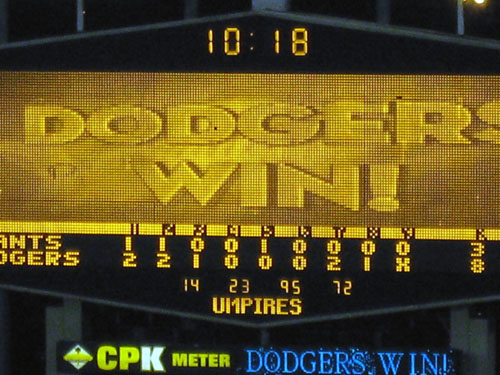 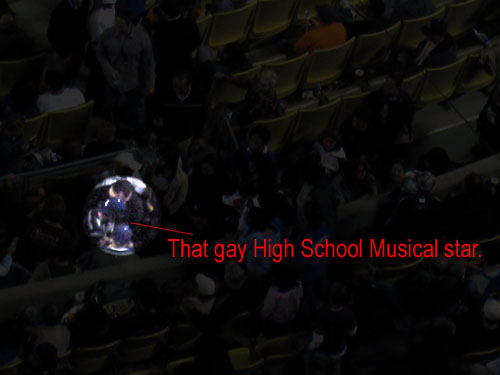 It's unfortunate the only memorable event was seeing that High School Musical actorhomo guy being mobbed upon leaving way before the seventh inning stretch. Doesn't he know it's rude to leave that soon? Asshole. 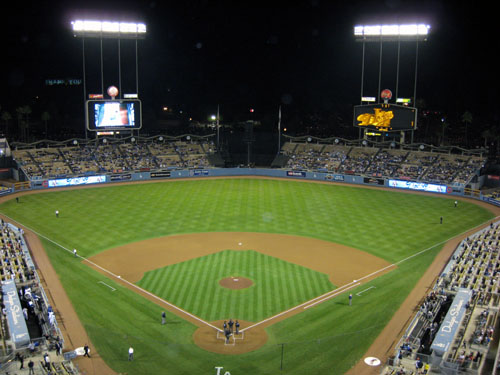 My last view of the field. 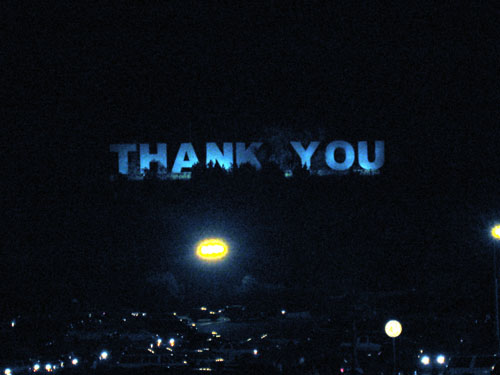 I wasted money on 25 Dodger games and this is the way the Dodgers thank me. 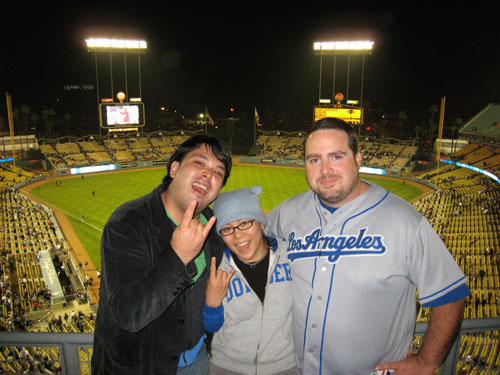 Me and my fellow Dodger bitches who attended all of these game together. Note the sheer exhaustion on our faces.

All Photos by Me. Well except the last one taken by a friend of a friend.