Will LA Ever Have Citywide Wi-Fi? 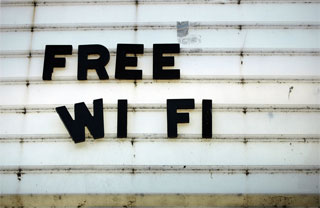 Mayor Tony stood before a media gaggle at 7th & Fig in February and announced the birth of "LA Version 2.0." Free citywide Wi-Fi for all within two years, he proclaimed, momentarily appeasing critics and activists who have called for municipal funds and programs to help bridge the digital divide.

But the skeptics among us are well aware of the extensive headaches and limited progress of the once-supposed trailblazing municipal Wi-Fi proposals in Philadelphia and San Francisco.

After winning bids to build out WiFi networks for Philly, Anaheim, Atlanta and elsewhere, Earthlink recently broke down and concluded that free and inexpensive Wi-Fi is a losing proposition. Soon after, Chicago scrapped its ambitious plans, and though Earthlink is still promising build-outs for Anaheim and Houston, the company has already forfeited millions, and last month laid off nearly half of its employees.

Los Angeles has not yet thrown in the towel, and in June hired Civitium, a top municipal wireless strategy firm, to consult on the project.

Now, the LA City Wi-Fi Initiative and Civitium want to hear from you.

More details, a map of LA-area hotspots, and a list of local muni Wi-Fi projects after the jump.

Today's LA Times features a very informative background article on the city's Wi-Fi dreams. But in spite of a barrage of negative news articles proclaiming the death of citywide Wi-Fi, Earthlink was never the end-all be-all. Their restructuring was a Hail Mary attempt at reviving their brand, which at one time was one of the nation's top Internet Service Providers.

While government will never progress at the pace of technology (the LA Wi-Fi timeline is TBA beyond Fall 2007), it's important to note emerging alternatives to the citywide mesh network Wi-Fi systems favored by Earthlink, including WiMax, unused frequencies (white space), and preexisting, unused fiber-optic cable (dark fiber). 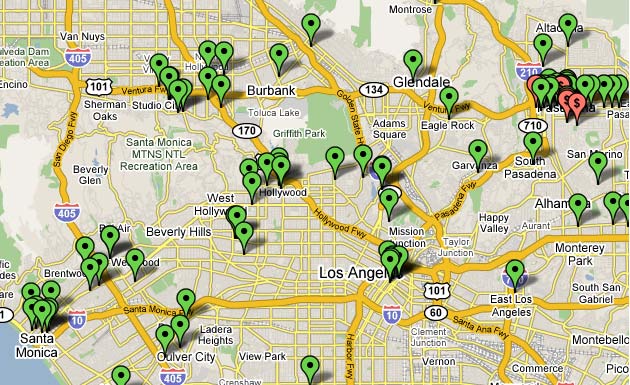 * Culver City (the first in the LA metro)
* 17 wireless access points along the promenade, at city hall eventually Santa Monica Pier and the civic auditorium.
* 1 square mile +/- of wifi in Downtown Burbank (via Qwest DSL and access points aimed at a large hillside satellite)
* West Hollywood Public Wifi -- along Santa Monica Blvd between Fairfax and La Brea.
* Santa Clarita (Central Park).
* Anaheim
* Newport and Laguna Beach Harbors (up to a few miles out at sea)