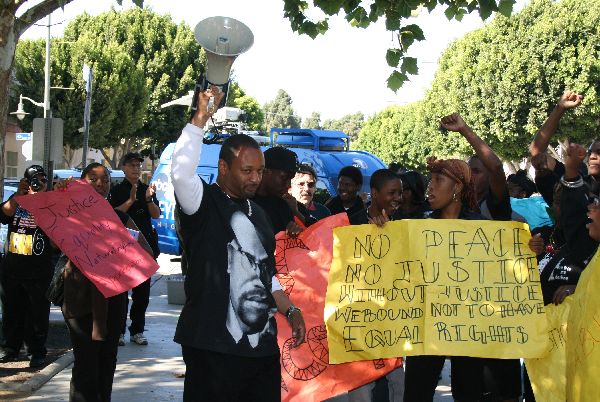 Yesterday, September 20th, was the day that Mychal Bell was to be sentenced after being found guilty as an adult on the charge of aggravated battery. Prosecutors were asking for a sentence of 22 years at one point, then reduced it to 15 years. Last Friday the appeals court overturned his conviction. The court determined that Bell, who was 16 at the time, should not have have been tried as an adult. In spite of Friday's decision, Mychal Bell is still being held in an adult facility. It is yet to be determined whether he will be retried in the juvenile courts. He is the last of the "Jena 6" to remain in custody.

A march yesterday morning and a rally in the afternoon at Leimert Park were held as planned, in spite of the conviction having been overturned. It was partly a celebration of the successful campaign to support Bell, and partly to call national attention to the fact that Mychal Bell is STILL languishing in jail. But mostly it was an affirmation that the African-American community will continue to speak out until equal rights are guaranteed for all. Crenshaw High, Barnett, Audobon, and a number of other schools staged walkouts today to take part in the rallies and marches. The speakers emphasized that they do not condone violence, but only ask for equal representation under the law. Police presence was at the ready near Leimert Park, but the officers seemed relaxed and never approached the rally.

During the rally, Celes King Bailbonds, in conjunction with Seneca Insurance, commited to putting up whatever bail may be set for Bell. Also announced yesterday was David Bowie's donation of 10,000 to Bell's legal fund.

We still have so far to go, but a big part of this rally was remembering how far we have come. As one student from Crenshaw High so eloquently stated, "Martin Luther King Jr. said, 'I have a dream." Well, I AM that dream." 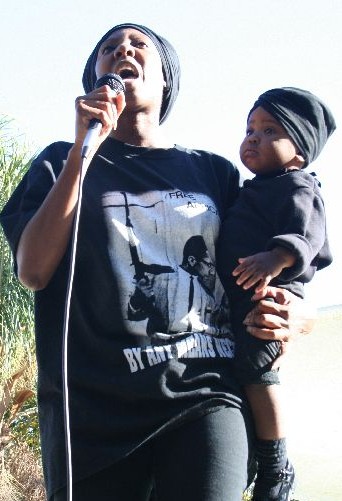 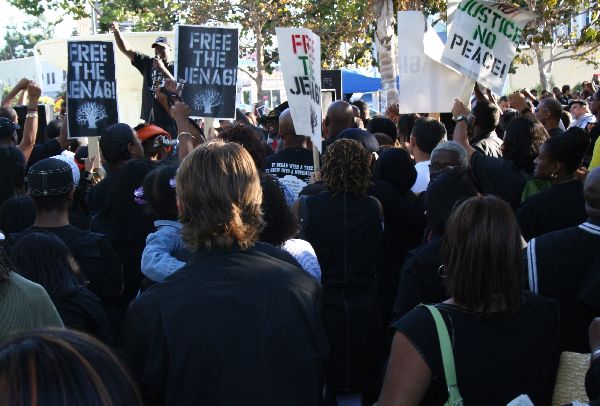 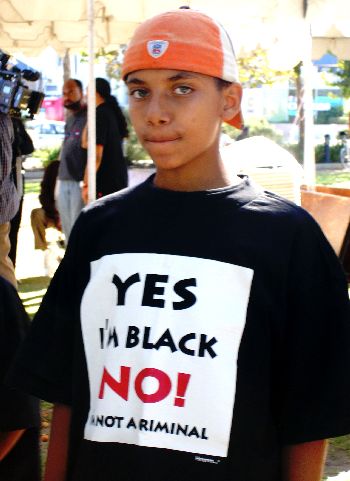 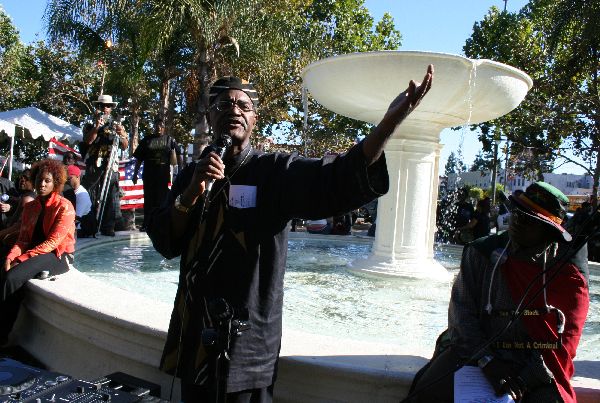 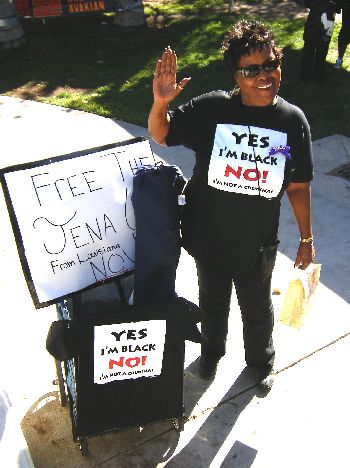 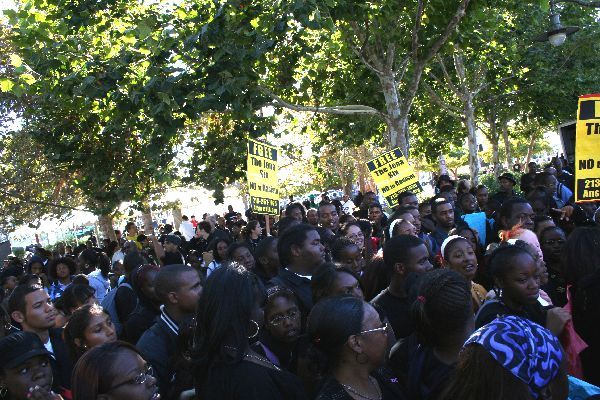 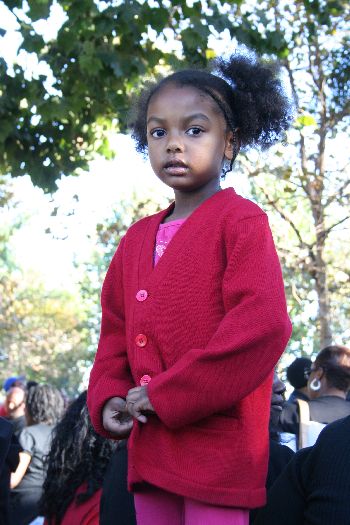 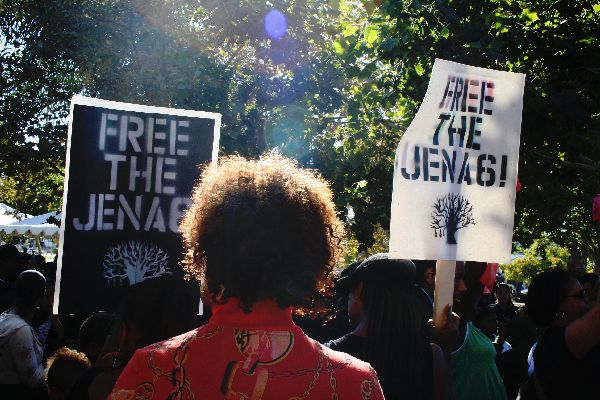 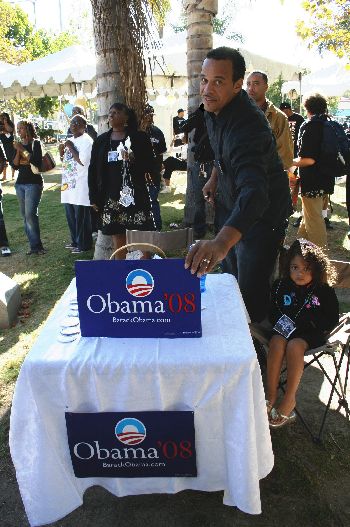 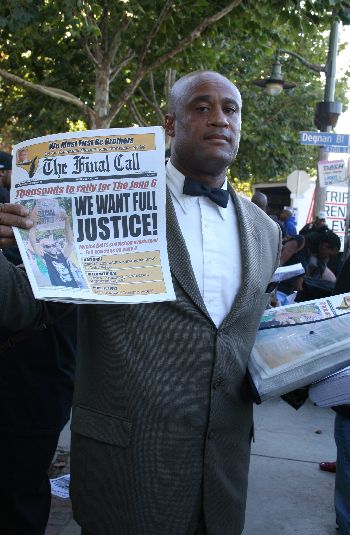 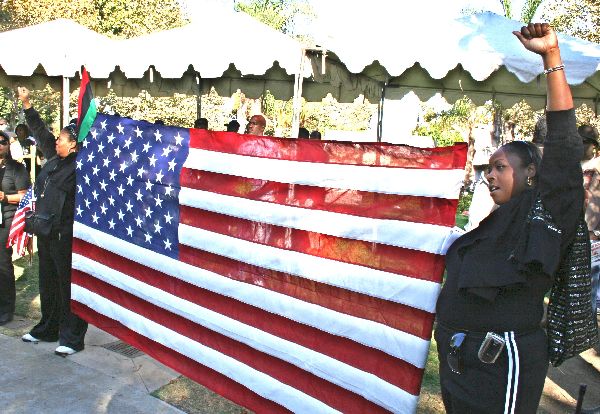 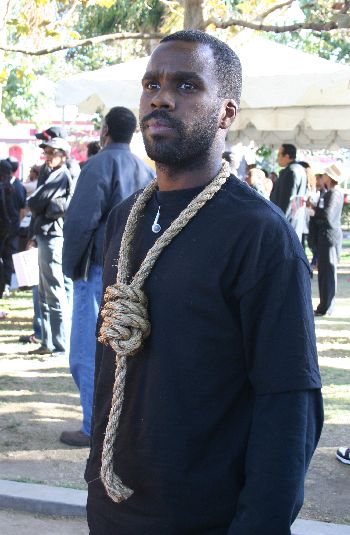 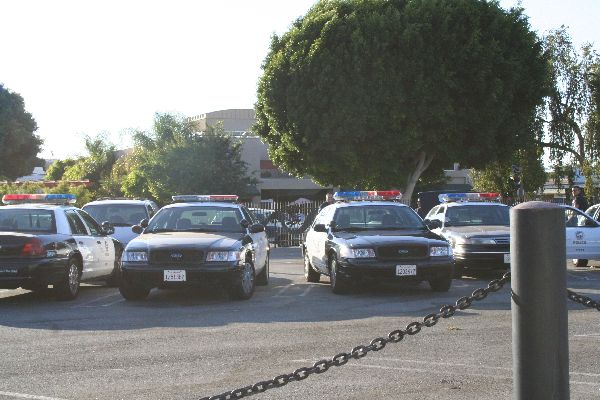 (All photos by Elise Thompson for LAist)