Movie Review: I Want Someone to Eat Cheese With 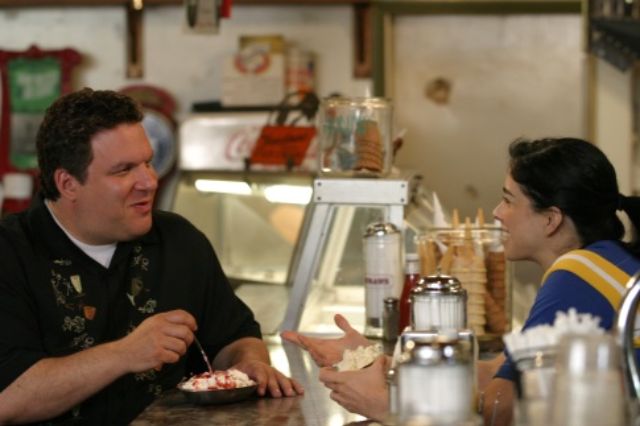 Though its title suggests exceedingly humble aspirations, I Want Someone to Eat Cheese With really is an unexpected little gem. Curb Your Enthusiasm's Jeff Garlin writes, directs, produces and stars (whew!) as the Marty-esque James, an overweight, under-employed, 39 year-old actor who still lives with his mother. His biggest concerns in life appear to be extolling the virtues of rice pudding to a convenience store clerk, keeping a great parking space near Wrigley Field and finding a place to eat with his buddy, Luca (a super David Pasquesi).

In short, his life appears to be barreling headlong towards an early, lonely, artery-clogged death until the day he finds out that—what else—Marty is being re-made. Upset that anyone would dare touch such a classic (while equally desperate to get a part), James crashes the casting session and demands an audition (which he, naturally, doesn't get). Despondent, James resorts to his usual crutch—a junk food fix. His search for grub takes him to an ice-cream parlor where he meets Beth (Sarah Silverman). The Romantic Comedy has begun. 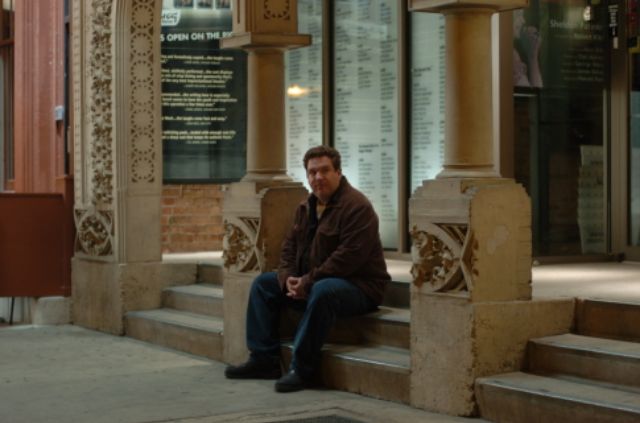 Except it hasn't really because I Want Someone to Eat Cheese With doesn't fall into the high-walled furrows that restrict the genre. Sure, James and Beth have a meet-cute but it quickly turns into a weird-horny as Beth takes him underwear shopping, models bras and panties for him, goes back to his place, insists in being thrown out as a prelude to fooling around, screws him while his mother is sleeping in an adjoining bedroom, then takes off the next morning with little more than an awkward kiss as a goodbye. Tom Hanks and Meg Ryan this is not.

That's one of the great joys of this movie. Just when you think it's about to capitulate and give in to a conventional narrative arc, it veers off on some new path. James has another meet-cute at a record store with a schoolteacher that grows vaguely stalker-ish with each passing moment. Later, it blows up completely when he gives a presentation to her pre-schoolers that ends with him declaring, "I just need to get laid." But then just when you think that's the end of that story, Garlin adds a clever wrinkle that brings everything back together.

Ultimately, the film is a gently teetering balancing act that is kept up on the wire by the stellar cast Garlin has assembled. Dan Castellaneta, Bonnie Hunt, Tim Kazurinsky, Richard Kind and Amy Sedaris may not be big stars, but all are gifted improv comics whose talents mesh perfectly with Garlin's casual directorial style. While I Want Someone to Eat Cheese With may occasionally suffer from being a little visuallly inert, it's an excellent feature debut for Garlin as a director and is definitely worth a look. Ernest Borgnine would be proud.

I Want Someone to Eat Cheese With opens Friday in Los Angeles. It's also available on IFC OnDemand.