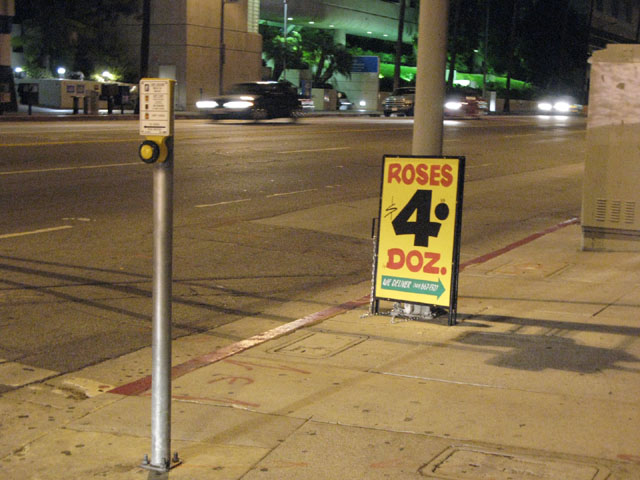 Update: Read the exclusive interview we conducted with the sign

As you drive down Sunset Blvd.eastbound toward Vermont you might see a yellow sandwich board sign at the corner of Edgemont advertising what seems to be a dozen roses for $4.

Since the area has several hospitals (Kaiser, Children's, Hollywood Pres), such a deal would seem like the sort of hidden gem that you'd expect LAist to share with you.

But the sign is hiding a dark secret. In fact it hopes that you see it in the dark. It relies on the fact that you will see it obscured in traffic. 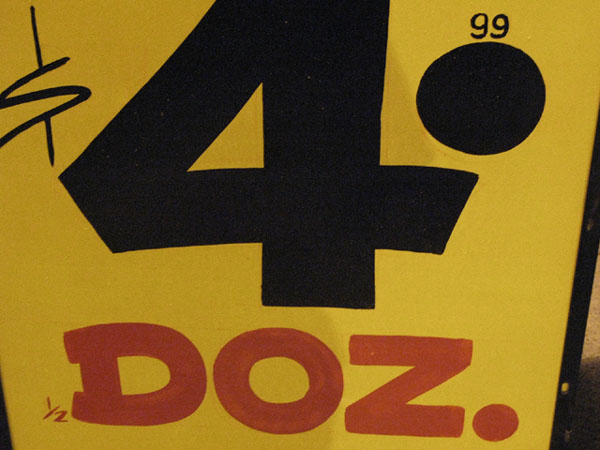 If you get out of your car you can clearly see that the price is actually $4.99...

...and that price is only for a half dozen. Meaning this glorious sign is really advertising roses for $10 a dozen, not $4.

Update: Read the exclusive interview we conducted with the sign

photos by Sonny I. LaVista for LAist