Who Needs Record Labels? Unsigned Canadian Matthew Good Debuts at #17 this week in US iTunes Store

by Tony Pierce in Arts & EntertainmentMiscellaneousNews on August 4, 2007 12:00 AM
Tweet 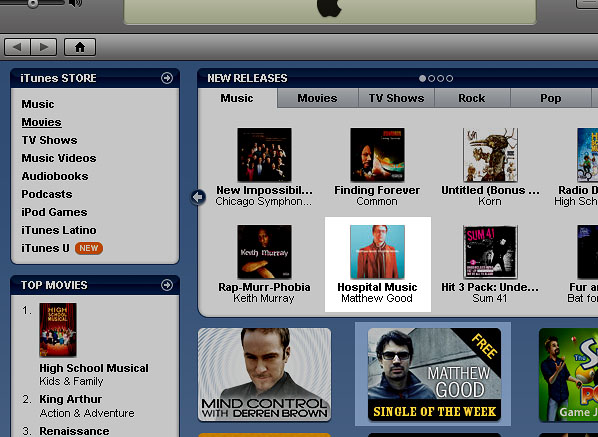 This is the story the record labels have always feared.

Canadian rocker Matthew Good had been recording professionally in North America for the past 12 years. When his U.S. record deal with Atlantic Records expired, he had some choices to make: try to find a new label that would distribute his music in the States, try to get a new deal with Atlantic, try something totally different, or completely give up on getting his cds (which are hugely popular in Canada) heard here in the USA.

As he was finishing up his latest album, Hospital Music, his tenth full-length release, he got an email from some young Americans from iTunes in Cuppertino, offering to distribute the new tracks, worldwide, digitally, through their popular and groundbreaking iTunes Store.

Good, an avid Mac user, if not fanboy, jumped at the chance to boldly dive headfirst into the 21st century and bypass the heretofore necessary evil - the record label.

iTunes threw in a promise to make the first single off the album "Born Losers" the coveted Single of the Week, a promise they fulfilled on Tuesday and the results are staggering: Matthew Good, a unsigned thirtysomething singer-songwriter from Canada who most Americans have never heard of has the 17th most-purchased record on iTunes USA this week with Hospital Music. And it doesn't have a video, it isn't getting any radio airplay, and there's zero label support.

iTunes built it and the good people have come. 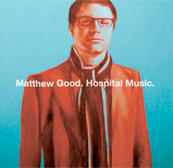 Good is passionate about new technology on the Internet. Last year he was contributer to the former Technorati Top 10 political site, Thought Mechanics, now Good writes daily on matthewgood.org, a personal site that doubles as the official website for his music. So savvy is Good that he streamed Hospital Music through his site, for free, weeks before the album was released in Canada late last month.

That subtle and underused marketing technique helped spike Good's Amazon.ca presale numbers and resulted in Hospital Music making it to the top of the Amazon music charts several weeks before the cd was even available.

That momentum has obviously spilled over into iTunes, and begs the question: how many other artists could have best-selling albums if their material was available through more channels, internationally, and digitally like what is currently happening with Matthew Good?

In a post he wrote on Thursday, titled "Start a Revolution", Good expressed how in awe he is of the fact that the album reached as high as #17 with only the support of his web site, his fans, and the trailblazing Apple music distributor in a market that has never embraced him before.

Why this is revolutionary is that no label was involved, nor were the usual difficulties of working with one present while putting the release for iTunes together. They contacted me directly some months ago and proposed the idea of releasing it on the same day in the US as in Canada, something that has never happened in my entire career. Their belief in the record, and the fact that they were fans of my work, speaks to the reality of what can be accomplished through unconventional means utilizing new technologies without having to endure the resistance of those that haven’t the foresight to realize their importance (iTunes is, in fact, the third largest retailer in the United States). - Matthew Good

What will be interesting to see how the digital success on iTunes affects Hospital Music's sales on Amazon, where it will be available in cd form at the not-so-nice import price of $26 when it drops this coming Tuesday.