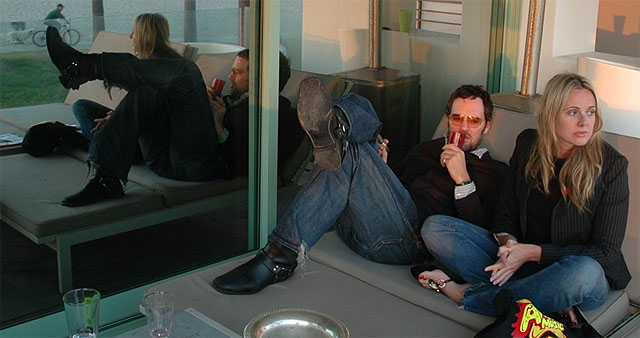 Suicide is a place we have all imagined, but it’s not a room any of us have really been in, other than a foot, a glance, a daydream. It’s no stranger to Los Angeles, a city with perhaps more than its fair share of broken dreams. But when not one, but two people die, when they have all that the city appears to offer – fame, success, beauty and each other, that’s when people start to look. They peered into Theresa Duncan and Jeremy Blake like a dark mirror, wondering at the reflection, seeing if they can find themselves, if they can penetrate the mystery.

In the interest of full discourse, I didn’t know the couple. I had been on Theresa’s blog, The Spirit of the Staircase (the English translation of the French saying for when you remember the perfect thing to say after the conversation is over), once, and didn’t think much of it. When I heard of their deaths, I wondered, and I read about it, and suddenly, the web seemed alive with its own theories about this couple. I certainly am not writing this in any way to exploit them, but rather to examine the conundrum they left in their wake. 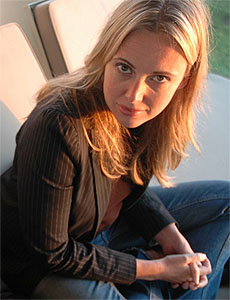 Theresa is always the one people talk about first and most. Not much is said about her background, growing up in Michigan, and while she is remembered working at the bookstore and taking classes at Wayne State, there’s no record of her graduating, nor is there any record of her at the University of Michigan, from which she claimed to have a degree.

The woman clearly had a give and take relationship with The Truth.

However, it is documented that she worked for the World Bank -- it was on their computers that she first got the idea to make a CD-ROM game for children called Chop Suey. She collaborated with Monica Lynn Gesue, who claims she came up with the idea for the game that was eventually deemed CD-ROM of the Year by Entertainment Weekly in 1995. In the PR build-up for the game, Duncan balked at Gesue. When they tried to collaborate again, the partnership fell apart, and Duncan no longer mentioned Gesue in her interviews about Chop Suey.

Fresh off her video game success, she made a film spoofing the art scene called A History of Glamour, which was accepted into the Whitney Biennial. From there, it seemed a hop, skip and a jump for the couple to LA, where talk of Duncan being involved in movies and tv rained down around them.

Meanwhile, Jeremy, a graduate of Cal Arts, who Duncan had met to work with on video games became an artist of note.

He designed the album cover for Beck’s Sea Change in 2004, and made the animated sequences of Paul Thomas Anderson’s Punch Drunk Love. His work is in permanent collections at such blockbuster museums as MOCA and MOMA, and there is to a showing of his work at the Corcoran Gallery this fall.

When Duncan’s movie, Alice Underground, the story of two young girls who kidnap a rock star, failed to be made, they blamed Scientology (claiming that they had turned up on the religion’s radar through Blake’s work with Beck). They said that agents of Scientology (among these they included, Tom Cruise, Beck and artist, Miranda July – who has no affiliation with the church) had been following them in public and keeping them out of the movie business behind closed doors. Duncan began blasting friends with emails about their being Scientologists, regardless of whether or not it was true. 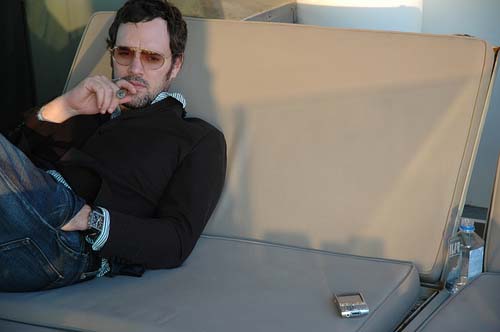 Duncan wrote another paranoid screed about Blake’s college girlfriend, artist Anna Gaskell on her blog. In it, she claimed that Gaskell and her guardian, Jim Cownie, were involved in a right-wing conspiracy that not only threatened Duncan and Blake, but also sought to experiment with mind control through the sexual molestation of children.

They claimed to have photographed a number of Iowa license plates of cars that were allegedly following them. They felt the cars were connected to Cownie and Gaskell. In her defense, Gaskell stated in an LA Times article that was printed yesterday that she hadn’t seen Jeremy Blake in twelve years. Beck claimed in the same article that, "The controversy surrounding it was completely out of left field for me."

The couple’s behavior became more erratic, with Blake dumping urine on a neighbor’s bbq, and Duncan’s agent warning her that her paranoia was hurting her career. They began to see threatening graffiti everywhere.

In early 2007, with their film hopes dashed, and having been evicted from their apartment, (living in an office complex), Blake was offered a job at Rockstar Games and they decided that it was time to turn over a new leaf. Unfortunately, their paranoia followed them to the east, where Duncan started emailing friends about spreading rumors that she was having an affair, which none of them had heard about.

Blake found her body, along with a handwritten suicide note on July tenth, and despite the efforts of friends, on the day she was laid to rest in Michigan, he walked into the ocean off Rockaway Beach in Queens, his body to be found 5 days later. 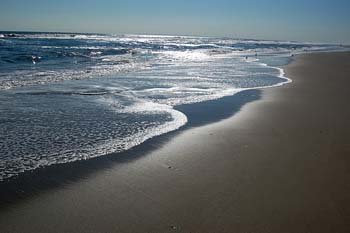 In their twelve years together, they had never spent a night apart. Blake, who was years younger, had come into his own while being with Duncan, it seemed, could not live without her. Friend and art dealer, Christine Nichols told the LA Weekly that Duncan sometimes found it hard to see Blake working with anyone but her.

"I think Theresa, in one of her rare moments of self-reflection, recognized she had burned all of these bridges in Jeremy's career with the paranoia," Schlei said. "Jeremy was her creation. And she was killing the thing she created, this great, terrific artist. She realized what she had done. To let him live, she had to go. But in a symbiotic relationship, one couldn't last without the other."

On July 10th, Duncan signed off her blog with the mysterious quote from Reynolds Price:

“A need to tell and hear stories is essential to the species Homo sapiens--second in necessity apparently after nourishment and before love and shelter. Millions survive without love or home, almost none in silence; the opposite of silence leads quickly to narrative, and the sound of story is the dominant sound of our lives, from the small accounts of our day's events to the vast incommunicable constructs of psychopaths.”

It was her last words to her devoted following, but not the first clue.
Those studying the blog closely, noticed her references to traveling soon, and a quote from recently suicided poet Sarah Hannah, who could have been Duncan’s twin. People poured over her posts about Anna Gaskell (whose art also follows eerie twins), looking into the Scientology conspiracy, and everything started to come undone. 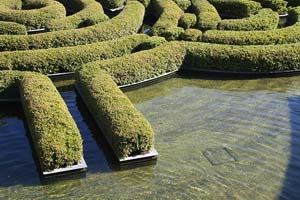 If Blake and Duncan had created their own paranoid universe, the bloggers who came after spun the mystery even further. It came to the point where bloggers questioned if Theresa Duncan herself was real. First people speculated whether Blake had faked his own death, fleeing his pursuers (real or imagined) or perhaps performing a last, great piece of art. Then there was word that his wikipedia entry reported his body as being found before it was found. There is a blogger who has become convinced that there is come kind of ARG or Alternate Reality Game going on here, where the player must come to a conclusion based on evidence littered through the Internet.

There’s nothing like a good mystery. The human brain is built to perceive patterns and there’s nothing we like better than putting order to chaos, whether it’s JFK or CSI. I personally don’t believe in conspiracy theories. Furthermore, I believe that in studying them, one learns more about the theorist themselves than about what actually happened.

Regardless of who Theresa Duncan and Jeremy Blake were, they’ve found an afterlife, haunting the Internet. Perhaps there is a game that someone is playing, a person who we should hold responsible for this terrible, mystifying loss. Perhaps, Theresa, no stranger to making things up, constructed her last game, and planted it all over the Internet, knowing she would never see it flower.

I encourage you to brave the rough and wordy seas out there to see what you think, put together your own answers, because regardless of the mystery, of who created it (or whether it was created at all), it is truly a testament to the lives of these two artists. It gives us their passions and their despair, shows us how they couldn’t bear their own failures. They believed that there must be a story, a good story that explained everything. It’s a story that killed them. Now it’s a story that we hear, and maybe create, standing on a staircase outside a room that they have gone into, that we cannot.

Photos of the couple by Yo Venice, photo of Rockaway Beach by archival, bottom photo by Pyrym, all via Flickr