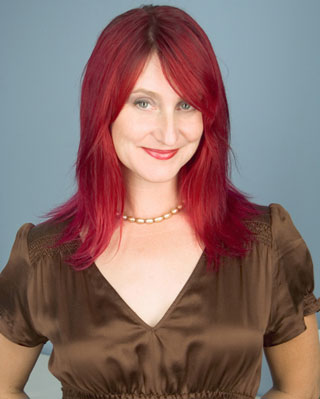 LAist Editor Tony Pierce has blogged here non-stop for more than a year deserving a well-earned vacation (and did he ever earn it). While out of town, we decided to have a little fun and bring some guest day editors in from around the blogLAsphere. Monday we had Green LA Girl and Tuesday saw Fred Camino of MetroRiderLA.Zuma Dogg took Wednesday and LA City Nerd yesterday. Today, former LAist Editor Carolyn Kellogg makes a comeback!

I thought another earthquake was coming. Plus, I'm getting my MFA in fiction at the University of Pittsburgh.

2. Just couldn't stay away, could you?

Nope. I love LA. Call me starry-eyed: Los Angeles has more creative energy in a sleepy afternoon than most cities can muster in a month.

3. Where have you lived in LA?

4. What are the best things that have happened to you in Pittsburgh?

Grad school. Meeting Michael Chabon. Getting to drink Yuengling drafts for $2 a pint ALL THE TIME. Helping get MetroBlogging Pittsburgh off the ground and launching the literary magazine Hot Metal Bridge. Renting a tiny 3-story brick row house from the 1880s for $700 per month.

Grad school. Trying to dig my car out of 14 inches of snow with my hands.

6. Why did you hate on LA radio so much when you were LAist editor?

I was a DJ on the late great pirate station KBLT in Silver Lake, which played an amazing mess of local music and noise and math rock and 70s French pop and punk and ... you get the idea. Commercial radio here never seemed to measure up. I thought Chris Douridas was a sycophantic dullard until he got replaced, then boy did I miss him. Nic Harcourt? A wuss to the millionth degree. And "Indie" 103? It's owned by a mammoth media conglomerate. But now that I've been away, I'm more forgiving. 103 isn't so bad; hell, Steve Jones has the best radio show in the country. I just wish a station with balls like WFMU or KEXP was here in town, paying him to do his thing.

7. What has Pittsburgh got that LA hasn't got?

A place called Primanti Brothers where the sandwiches are served with coleslaw and french fries inside the bread. 3 rivers (like, full of water, without any concrete). The Warhol Museum. Vast swaths of empty warehouses and nice houses for sale for less than $100K. A local accent: you guys=yinz, the Steelers=the Stillers. Oh, right, the Steelers! Pittsburgh has pro football. And, also, winter.

8. What has LA got that Pittsburgh hasn't got?

Ethnic diversity -- I heard more languages at a Glendale In-N-Out than I'd heard spoken all year in Pittsburgh. LA has more varieties of delicious cheap food than I can ever keep track of. Sun. Beaches. Traffic. Jobs. Independent films. LACMA, MOCA, the Getty, goddam Disney Hall. A cultural bonanza, and tons for free: free readings, free rock shows, free comedy, on and on. So much shit happening all the time that not even a site like LAist can keep up. Ambition. Vitality. Insane heat. And economic growth -- new development seems cheesy until you live in a place with none at all.

I don't know shit about Butchie. Have I proved that I've been out of town for a while?

10. No, you just proved you don't watch HBO shows no one watches except for me. Anyway, you haven't really lived in LA until:

You've left it for long enough to appreciate it upon your return.