The Future of a 217 Year-Old Landmark 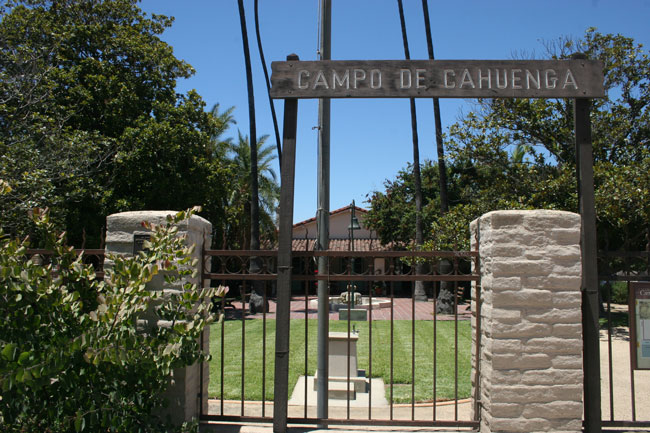 As people bustled about during their lunch hour, no one seemed to notice one of the most important historic landmarks in California. On January 13, 1847, Lt. Col. John C. Frémont and Gen. Andres Pico, leaders of their respective American and Mexican troops, met on the porch of Campo de Cahuenga to sign the Treaty of Cahuenga, a document that ended the California front of the Mexican-American war. 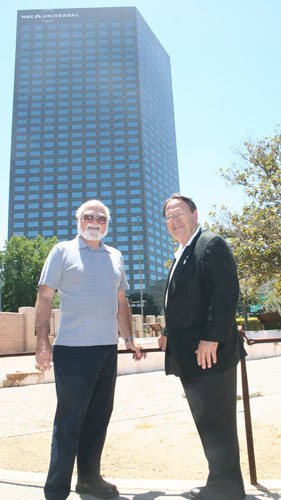 The new construction could be a boon for the area, says the Board of Directors of Campo de Cahuenga, except that “it threatens our security and sanctity,” said Guy Weddington McCreary, the Chairman of the Board.

“We’re not saying don’t build anything,” says Deuk (pronounced Duke) Perrin, President of the Board, recently from the grounds of Campo de Cahuenga. “But, the severity of what they are planning is so intense that it’s outrageous. The infrastructure just can’t take it. It’s too massive.”

Perrin, a former city planner, prefers a 10-story building instead of the planned 24-story structure that will not be as much of a burden on the area nor on Campo de Cahuenga. In the end, he hopes that the modernity will not overshadow the landmark, risking its relegation to the dustbin of history. 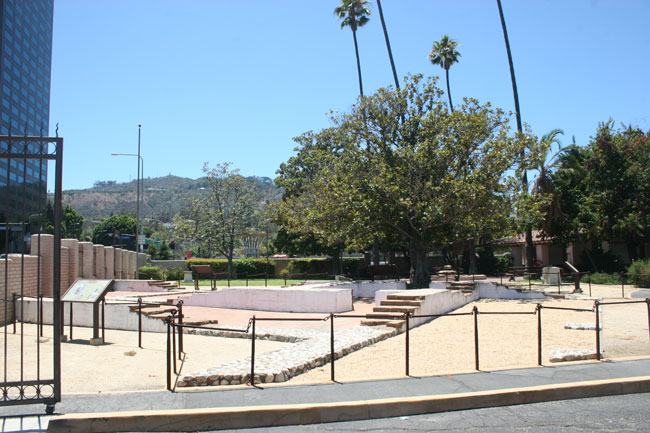 Originally built around 1790, Campo de Cahuenga was an ideal location to raise cattle, grow corn and cultivate crops. During the construction of the Universal City Red Line station, archaeologists found mission-period roof tiles and clay smoking pipes, concluding that the original adobe may have been two stories, virtually unprecedented for the time.

McCreary, whose own family has been witness to wide swaths of California history, surmised that its size was put to good use as it may have served as a rest and relaxation stop for those traveling from the city center of Los Angeles to the deeper parts of what would become the San Fernando Valley.

During the more turbulent, pre-statehood times, the Cahuenga Pass would prove to be a regular in the California history books. In 1845, the area was the site of the second Battle of The Cahuenga Pass, or the Battle of La Providencia. The fight was the culmination of an on again, off again civil war between Alta California and Baja California, started in 1836. Bitter rivals, the battle pitted Mexican Governor Manuel Micheltorena against the rebel Californios, led by Manuel Castro.

Micheltorena, appointed by the central Mexican government, was largely resented by the Californios for what history books call his “tyrannical rule.” The fight, though, was less a battle of carnage than of wills. With canons placed far enough away to prevent human casualties, La Providencia resulted in a casualty-free fight in which most of Micheltorena’s men fled the contest. The battle ended, Micheltorena returned to Mexico City and Pío Pico was made governor of a unified California, with Los Angeles recognized as the provincial capital.

The peace would be short lived as the next year, 1846, the United States declared war on Mexico in what many have described as a brazen land grab meant to conclude President James K. Polk’s mission of creating one nation from the Atlantic to the Pacific Ocean.

Most notably, a young Congressman from Illinois, named Abraham Lincoln, called the war “non descript,” and charged the President with “usurping the war-making power... with seizing a country... which had been for centuries, and was then in the possession of the Mexicans.”

The Mexican-American war lasted for just under two years, though fighting in California had lasted about seven months. The war resulted in 1,700 American casualties and 25,000 Mexican deaths. The biggest Mexican casualties, though, were present-day California and Texas. 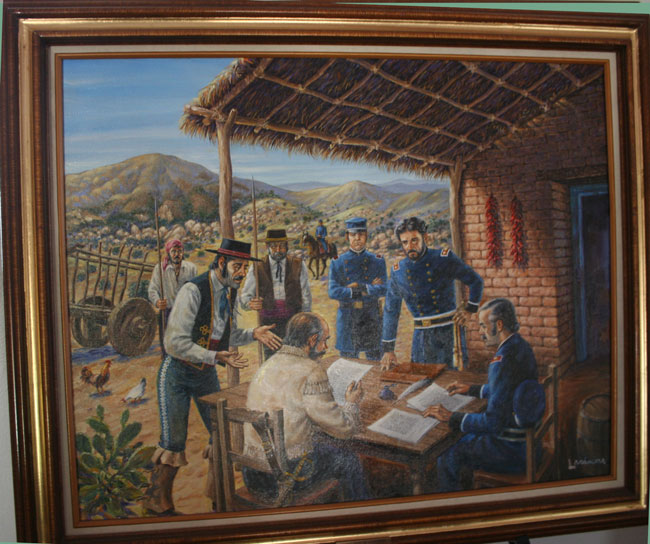 In signing the Treaty of Cahuenga, completed on the porch of Campo de Cahuenga, Gen. Andres Pico ceded Alta California to the US on behalf of Mexico. The commanding American officer, Lt. Col. Frémont, originally envisioned the terms of the treaty as a harsh, winner take all document: the prisoners would be shot and the remaining Mexicans would be either forcibly removed from the territory or enslaved. However, the gentle hand of Donna Bernardo Ruiz intervened and convinced Frémont to accept a more humane treaty. 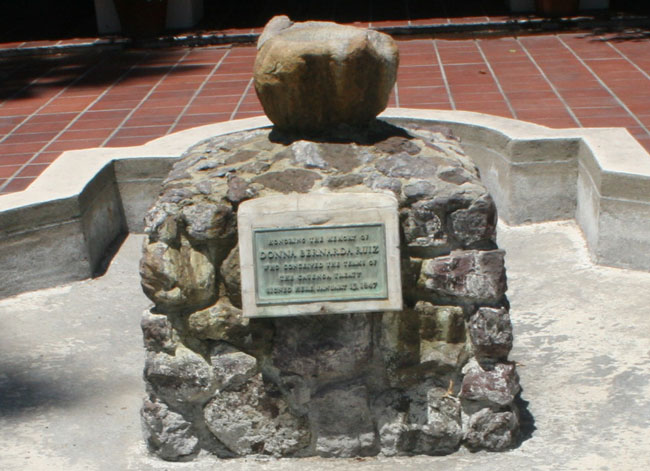 Ruiz, the wife of a respected and wealthy Mexican landowner, pushed Frémont on the lush, grassy fields of Campo de Cahuenga to grant equal, constitutional rights to all who wished to stay, to free all prisoners of war, and to conclude the war with “honor.” Frémont, who would go on to become a US Senator, agreed and Pico, who would remain in California to serve as a State Senator, ended the fighting in California. 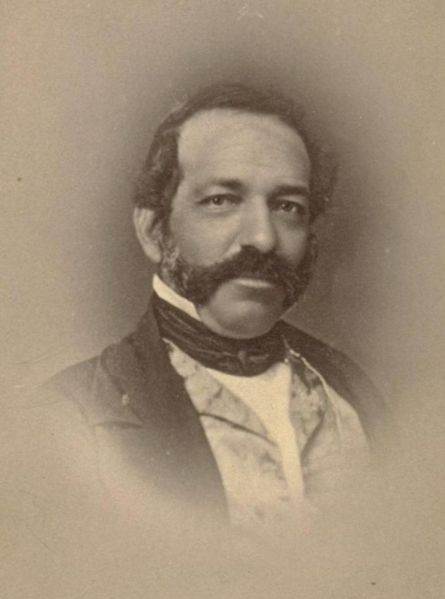 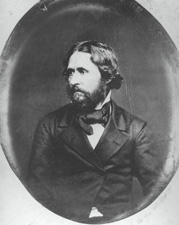 The strategic importance of Campo de Cahuenga continued well into the next decade. In 1861, Campo acted as the staging ground for the California Battalion during the Civil War. Gov. Leland Stanford, decidedly pro-Union, and wary of Southern interest in the Southwest, supported the battalion. Frémont did as well. Known as the “Black Republican” for his belief in the illegality and immorality of slavery, Frémont returned to the battlefield as a General.

About 30 years later, Frémont returned to Campo de Cahuenga to authenticate its location as the site of the signing of the Treaty. However, by the 1930’s, according to McCreary, “Campo had become a forgotten landmark.”

“The facility was in disrepair, no one knew what it was, where it was, and nobody cared.”

That would all change by 1948, when the Campo de Cahuenga Historical Memorial Association was born. After receiving 22,000 signatures from concerned Angelenos, the board received $42,000 from the City to restore the site and build an adobe replica house, which still stands today.

However, though the adobe house stands as a reminder of what once was and the original stone structure from the 1790’s still peeks out of the ground, Campo de Cahuenga receives few visitors.

“So many don’t even know this exists,” said Beth Perrin, Treasury of the Board and Duek’s wife. “This is such a relaxing place, an oasis amidst all the craziness outside and we just don’t want to be overrun by all the developments,” she said, glancing at the oak tree that anchors and shades the grounds.

For their part, TPG has listened to the Boards concerns. “[We want] to use this opportunity …to be a catalyst to create more visibility, more access, to create a special place at Campo de Cahuenga,” said TPG Senior Vice President Ayahlushim Hammond. “This is an opportunity to integrate historical sites into modern buildings.”

However, McCreary remained skeptical that TPG’s sunny outlook will bring anything but gloom. “This will overshadow us,” he exclaimed.

Her husband was less optimistic, though seemingly resigned to the reality of the situation. “I don’t see any upsides in terms of development. We now have to worry about the threat of terrorism because of the proximity to the entertainment industry and the ongoing threat of vandalism and theft.”

“But”, he continued, “we’re not saying no to any development. We’re not nimby’s. We’re just saying less. We want 25 % less of what they plan, though we’re willing to sit down and negotiate.”

As he spoke on the sidewalk, next to a plaque attesting to Campo’s historical significance, life hurriedly rushed past the 217 year-old landmark: men in ties, women in business suits and cars speeding down Lankershim all hurried towards their destination. Inside, though, McCreary and Perrin sat on a bench, under the Oak tree and talked about history.

“Some things never change,” said Duek. “And that’s how we want them to stay.” 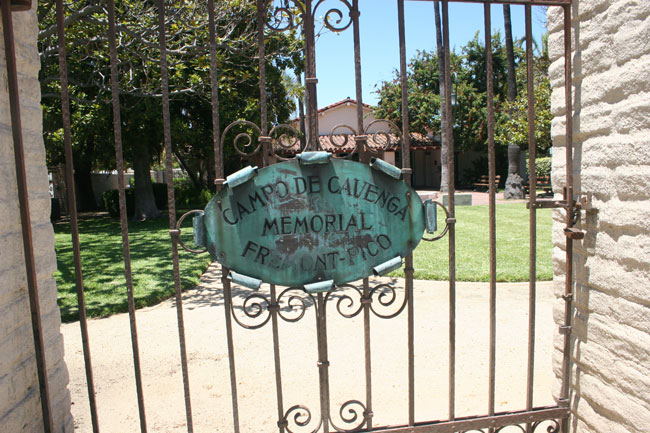 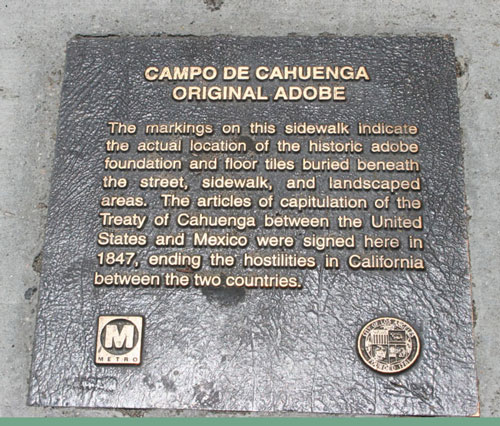 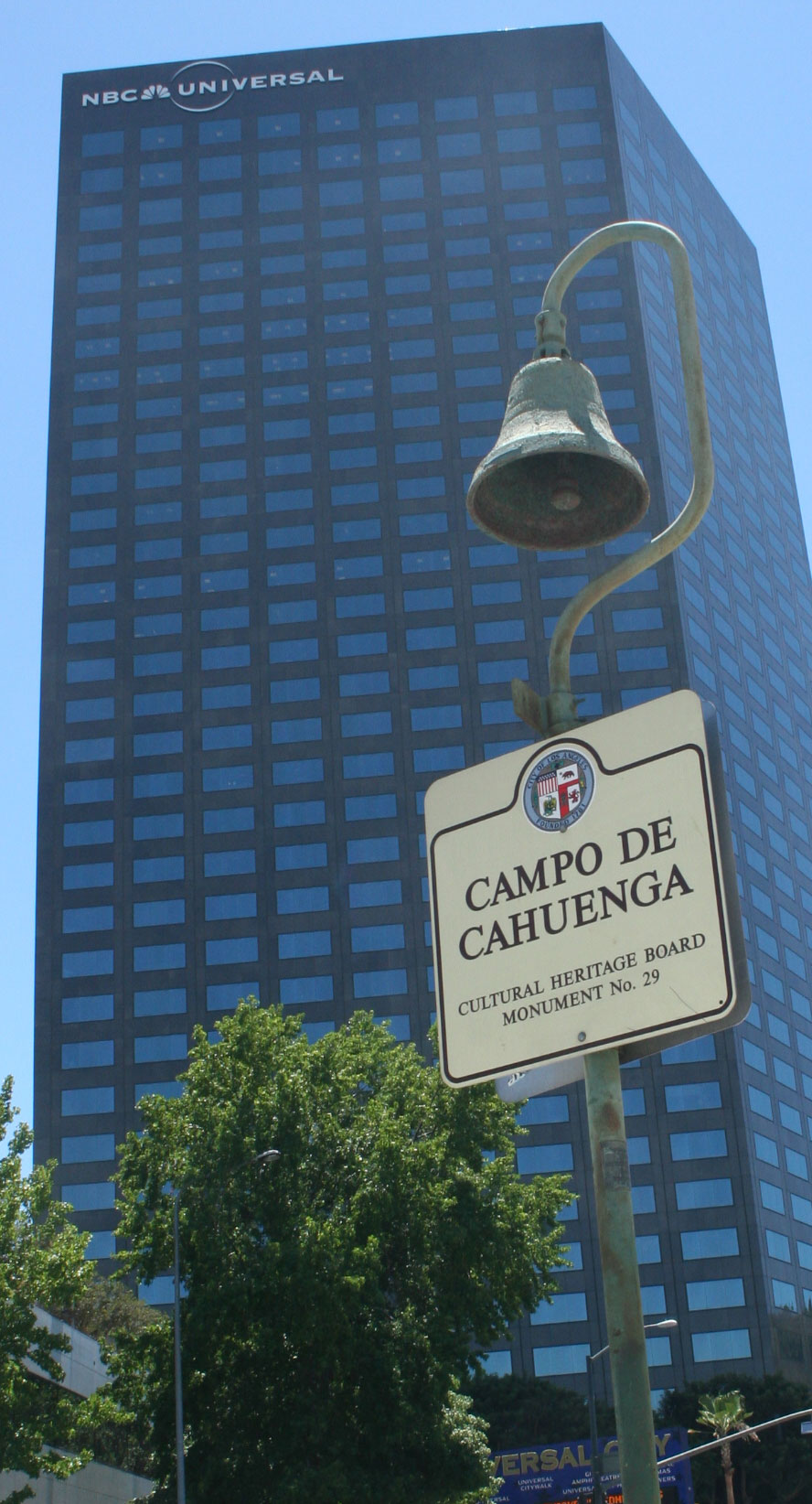 All photographs for LAist by Jeremy Oberstein