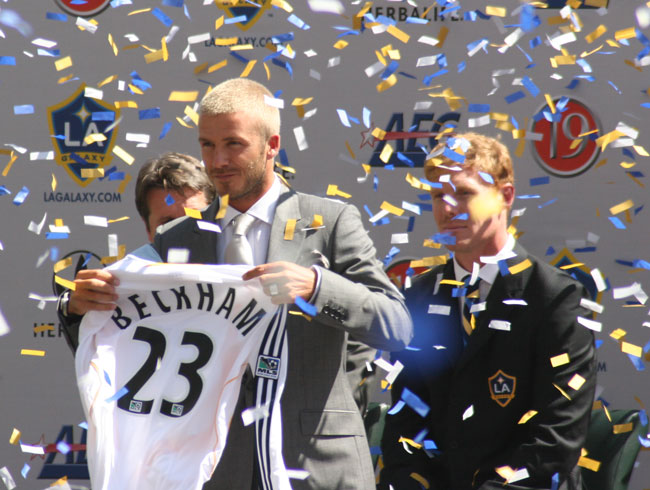 David Beckham, super star, savior and second coming, was officially introduced as a member of the LA Galaxy today at the Home Depot Center in Carson. Joining Beckham was his wife, Victoria; 700 members of the media from around the world; five-thousand screaming fans; the Mayors of both Los Angeles and Carson and other soccer officials. For many in the stand the look on their faces was blissful. They were wonderfully distracted by the weariness of war, by the failings of our leaders, by the fact that it was 123 degrees.

Beckham: I have two priorities in my life. The first is my family. The second, is foot...soccer. I'm going to have to get used to that." (Boy did the crowd love that gem).

More highlights and pictures after the jump. 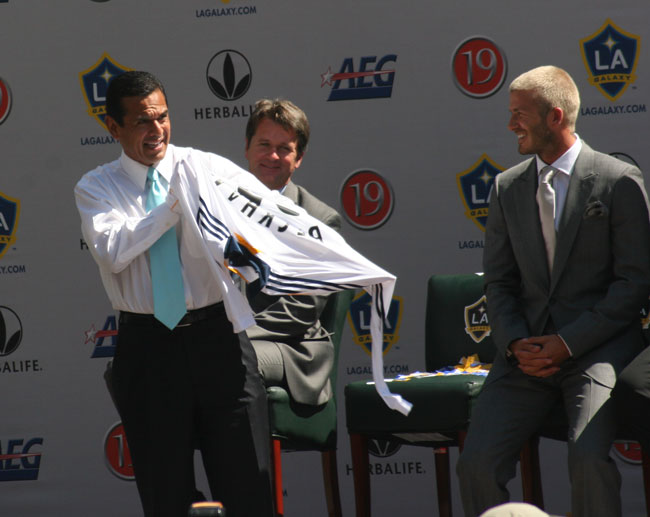 Mayor Tony, upon his introduction, was roundly booed by, what sounded like, every one of the five-thousand fans. The fighter inside of him persevered, as he quickly moved to get the crowd on his side. "Who loves soccer!?" He shouted into the mic. A tepid, "Eh" from the admittedly soccer-crazy crowd. They weren't coming around just yet. Next: "Who loves David Beckham?!?" They couldn't resist this softball. Hook line and sinker. 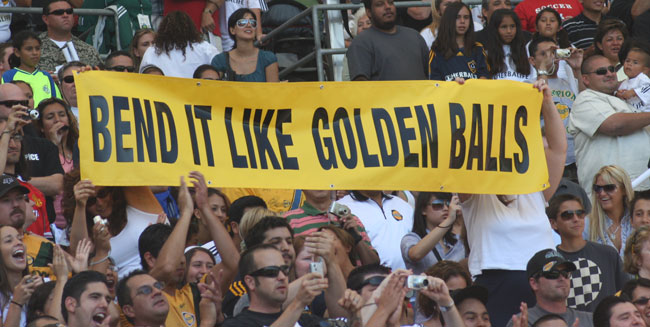 As Victoria Beckham strode into the stadium, magenta dress clinging to her bones, the photogs sopped up every minute of the former and current Spice Girl's stroll. 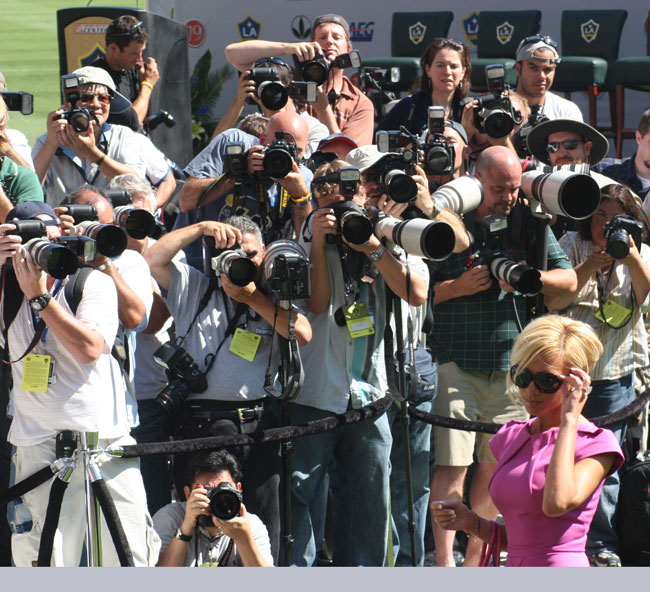 She sauntered in, about ten minutes ahead of her husband, and stopped to let everyone take too many pictures of her. The crowd roared with pleasure, which made sense. Most celebs are confined to the pages of People and US and usually do not find themselves in a soccer stadium, surrounded by a phalanx of screaming fans, at least not in America. Until now. David and Victoria Beckham are America's first celebrity soccer duo and, in as much as soccer attracts a crowd whose ethnic and financial makeup is different than most everyone you will see in Beverly Hills, they seem to be breaking a barrier in terms of celebrity. Might they be the first celebrity duo blue collar fans can call their own? 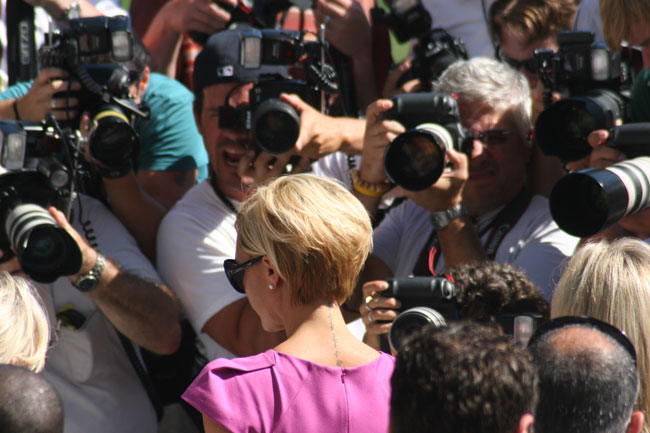 This was just one day of madness for many in the media and most of the fans. For the Beckham's, though, this will probably be most days of their life. 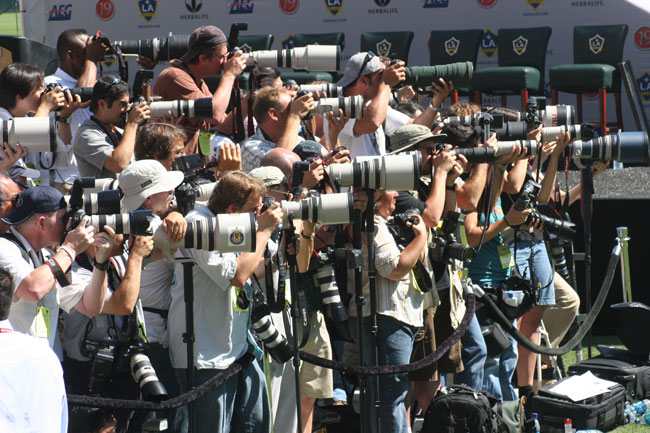 For what it's worth, David Beckham seemed rather down to earth and earnest in his promise to "make soccer as big in America as it is around the world." If there was every any doubt about the love the fans had for their newest player; if the screams, the chants, the confetti wasn't enough, this sign brought it all home. 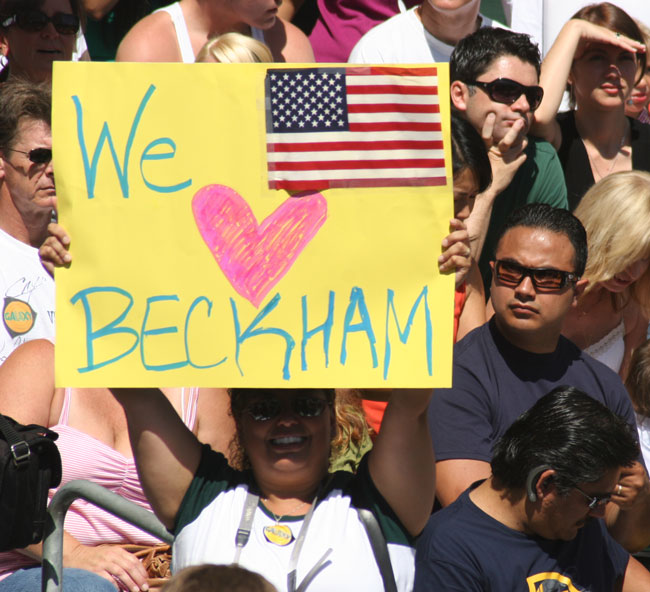 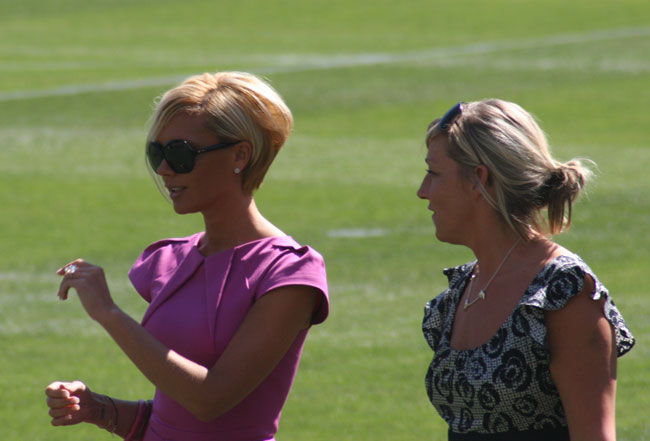 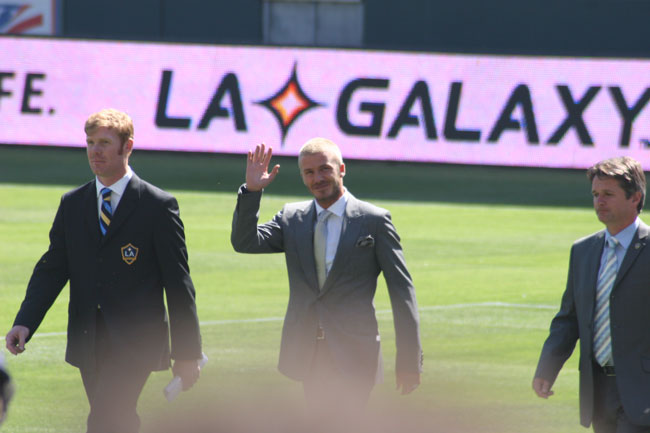 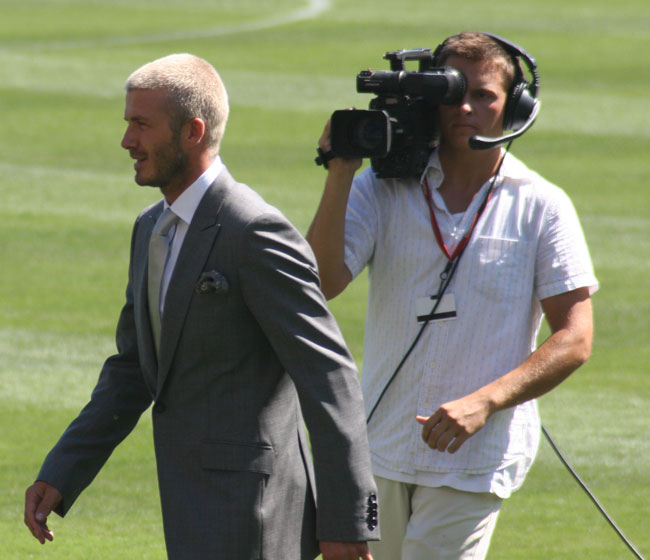 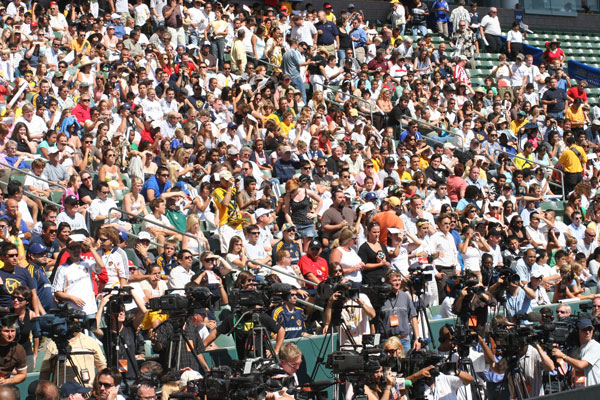 All photos by Jeremy Oberstein 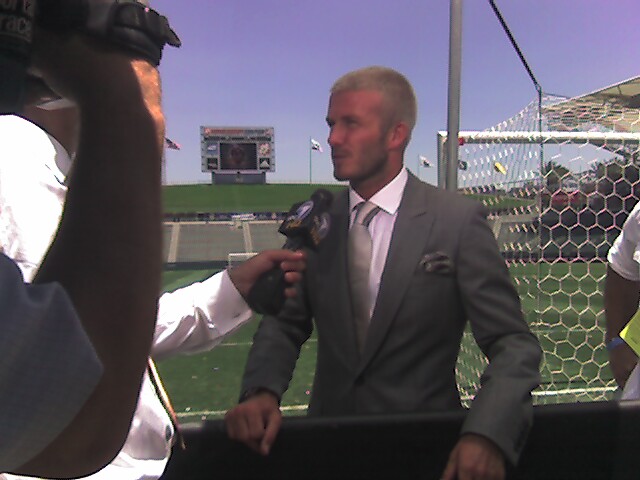 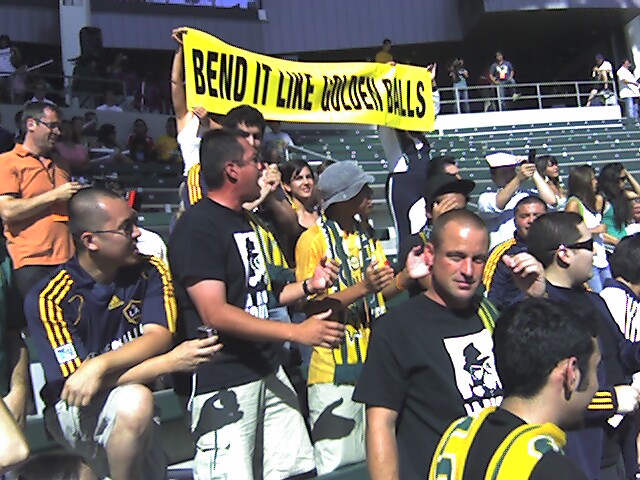 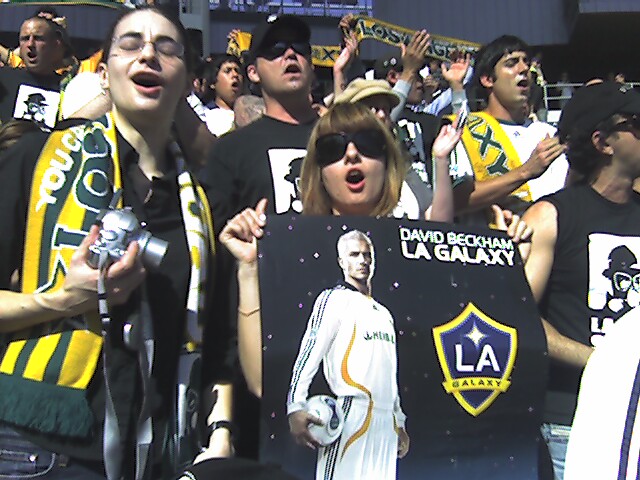 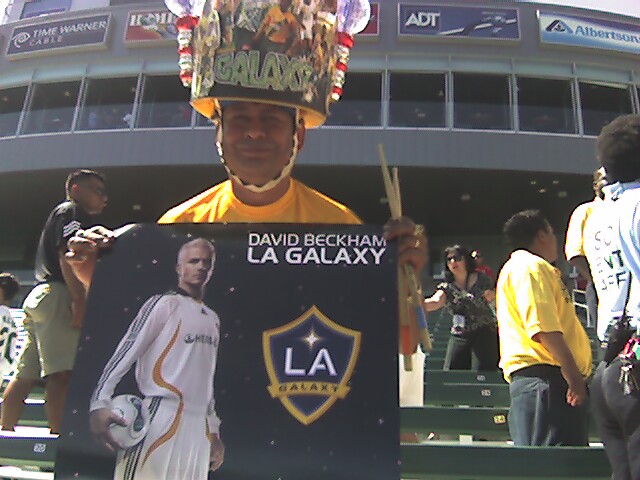